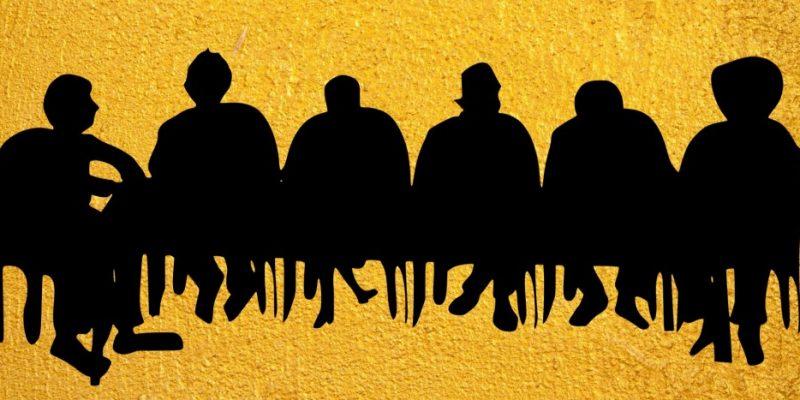 This year, the Council on Foreign Relations (CFR), one of the oldest and most established foreign policy think tanks in United States history, turned 100. To commemorate the occasion, the institution published “The Council on Foreign Relations: A Short History.” In the foreword, CFR President Richard Haass detailed the many ways his institution and the world have changed since 1921, and the many ways both have not:

I expect that those who founded [the Council on Foreign Relations] would be surprised by what it has grown to become — but also, for the most part, pleased, especially as what has not changed is the commitment to the principles and traditions of nonpartisanship and independence.

Haass’ line perfectly captures CFR’s founding myth: That a neutral braintrust has delivered sage and measured foreign policy analysis to US leaders in need since the institution’s inception. In reality, CFR, like other US foreign policy think tanks, was never the independent, even-handed interpreter of international relations it claimed to be. Established by what Robert Vitalis called a “mix of millionaire lawyers, bankers, and professors,” it protected and promoted the interests of the US imperial project. Self-mythologies like CFR’s latest short history erase the institution’s relationship to power and complicity in empire, further solidifying the Blob’s foreign policy consensus and guarding foreign policy decisions for an elite few.

An honest reckoning of these founding myths matters, because think tanks matter. They can play a crucial role in bridging academia and policy, as well as policy and the public. Fellows at CFR and other think tanks routinely testify at congressional hearings and attend closed-door briefings with elected officials and their staffers. Most of these institutions widely disseminate research and educational materials for free across the United States, often presenting it as objective and nonpartisan. In other words, think tanks are where the rubber meets the road, and policymakers take their recommendations seriously. But these establishment favorites largely rely on outdated, Cold War-era ways of looking at the world, and have shockingly short memories when it comes to our collective sins.

FROM WHERE I STAND

Full disclosure: I worked at CFR first as an intern in 2013, then as an editor for two years beginning in 2017. During my tenure, I often felt like I was living in an alternate reality, one in which everyone agreed the United States was inherently and unimpeachably good, it was our moral duty to run the world, and our destructive blunders of both the past and present were justified. To be sure, I had a wonderful time at CFR working alongside insightful, empathetic people, and I have personally benefited from the experience. But sometimes it felt as if a wormhole had opened up at our offices on the Upper East Side, and I was interacting with Cold Warriors across the space-time continuum.

As a writer and editor for CFR, I learned that certain assumptions about the United States’ role in the world were not to be questioned, even in the face of mountains of evidence to the contrary. Historical events painting the United States in a positive light were emphasized (e.g., the Marshall Plan or the fall of the Berlin Wall), and darker moments of US history (e.g., Operation Condor or the Invasion of Grenada) were written about only briefly, if at all. Any mention of neocolonialism, US empire, or neoliberalism was verboten.

One foreign policy expert, with years of experience in government and academia, told me “the problem with the Middle East is the interplay of Islam and Arabism,” and continued, “Why does the Middle East have the lowest numbers of book publishing in the world? It’s a question we have to ask.” When a colleague pitched a story about the impressive growth of the Indian economy, another foreign policy expert struck it down on the sole grounds that “millions of people don’t have access to toilets.” On Latin America, one expert made a confusing blanket statement that “Latin America doesn’t have any geopolitics.”

Diversity isn’t always a silver bullet, but how can an institution deliver neutral analysis on global affairs when its leaders only bring the lived experience of a fraction of the world’s population?

Not everyone I worked with or encountered at CFR and other think tanks held these views, but upon further inspection, statements like these seem less like aberrations and more like institutional positions. Furthermore, a survey of the 194-page “The Council on Foreign Relations: A Short History” surfaces only passing mentions of the colonialism and racism that shaped the world we live in today. Out of CFR’s 84 experts and fellows listed on its website, 77 are white.

As political scientist Micah Zenko, who worked at CFR and the Brookings Institution among other think tanks, wrote in his article, aptly titled “The Foreign-Policy Blob Is Structurally Racist”:

In 20-plus years of working at academic institutions and think tanks, I can recall very few mentions of race. And even these observations were made not out of inherent concern for racial underrepresentation or discrimination within the United States but because the lack of progress toward combating those twin evils could lessen America’s relative power on the international stage.

CFR’s erasure of race and colonialism in its history could be explained by the fact that its scholars and researchers simply aren’t invested in or equipped to analyze these concepts.

HOW THE MYTH REMAINS

CFR is not alone in its self-deception. Many other influential think tanks that make up the so-called foreign policy establishment position themselves similarly. A quick scan of institutional mission statements reveals the same trend. For example, the Washington, DC-based Center for Strategic and International Studies is a “bipartisan, nonprofit policy research organization dedicated to advancing practical ideas to address the world’s greatest challenges.” Less than a half-mile away, the Atlantic Council describes itself as a “nonpartisan organization that galvanizes US leadership and engagement in the world, in partnership with allies and partners, to shape solutions to global challenges.” Up the eastern seaboard in Philadelphia, the Foreign Policy Research Institute is “dedicated to producing the highest quality scholarship and nonpartisan policy analysis focused on crucial foreign policy and national security challenges facing the United States.” A new foreign policy think tank launched last month by CFR alumnus Elliott Abrams called the Vandenburg Coalition pledges to support “a strong and proud US foreign policy.” Abrams’ op-ed begs the question of exactly what sort of foreign policy think tanks like CFR are promoting, if not “strong and proud.”

Some institutions, like the libertarian Cato Institute or progressive Institute for Policy Studies, at least promote a certain ideology in their mission statements, rather than claiming neutrality or apoliticism. But as these similar mission statements suggest, there is generally little diversity in the ideas and ideologies espoused by politicians’ favorites across the aisle. As an applicant looking at jobs in the foreign policy think tank industrial complex, I could discern few differences between them, and in fact viewed them interchangeably, as I’m sure many aspirational junior staffers in my position do.

CFR is also not alone in its lack of racial or gender diversity. A 2019 analysis conducted by Federiga Bindi and Mimosa Giamanco of 20 major Washington, DC-based think tanks found that, out of the 5,192 speakers in 967 public events in 2018, only 34% of experts were women — and 27% of events included all-male panels (rightfully derided as “manels”). In 2014, the German Marshall Fund found that out of the top 50 US think tanks, 42 were led by men. Using the same ranking system at the University of Pennsylvania, I looked at the top 50 think tanks from 2020 and found precisely no change in that ratio — 42 were still led by men, most of whom are white. Diversity isn’t always a silver bullet, but how can an institution deliver neutral analysis on global affairs when its leaders only bring the lived experience of a fraction of the world’s population?

This same criticism — that institutions claiming political and intellectual freedom effectively silence people not in compliance with a uniform perspective — can also apply to the academic discipline of international relations (IR), which grapples with its own founding myth. In fact, the histories of establishment think tanks and the development of mainstream IR theory are closely linked. As Julia Carreiro Rolim at the University of Edinburgh points out, some IR scholars place the discipline’s origins at the end of World War I, and “in this creation story IR theorists are positioned as humanitarians whose interests in the relations of state arose out of a virtuous attempt to prevent carnages like those of WW1.” But this tidy story obscures the truth. Drawing on W.E.B. Du Bois, a seminal Black IR theorist often erased from the discipline’s canon, Rolim continues, “Despite the permanence of this myth, in reality, IR originated in the decades leading up to the war out of concerns of international conflict spurred by imperial competition and racial tensions in the colonies.”

Fortunately, some people in the think tank industrial complex do recognize a problem, and have offered up tangible solutions. In a recent brief called “Restoring Trust in the Think Tank Sector,” the Quincy Institute for Responsible Statecraft singled out a lack of transparency and conflicts of interest pervasive in think tank funding. The authors call for simple standards of funding transparency, greater compliance with the Foreign Agent Registration Act, and identification of these conflicts of interest that could compromise analysis. But this doesn’t address the widespread culture of silencing dissent and advancement of a specific if not partisan worldview.

At their worst, think tanks are ersatz social clubs, laundering the reputations of should-be-discredited foreign policy experts with cushy salaries and titles and dishing up the same amnesiac analysis. During one junior staff development meeting at CFR, a visiting fellow estimated that 90-95% of foreign policy remains the same between successive presidential administrations, with the implicit assumption being that this was a good thing. Perhaps this is because think tanks don’t just serve as a bridge, but also a revolving door. Foreign policy experts from the government find a soft landing at think tanks and recycle back through public service with the same tired ideas they came with. Elliott Abrams, for example, landed a high-level position at CFR and then in the Trump administration, despite being convicted of lying to Congress about US support of right-wing terrorists in Nicaragua.

In their recent article “Why Everyone Hates Think Tanks,” two think tank leaders offer a vision of what their institutions could achieve:

In the last century, think tanks were conceived as a mechanism to bring scientific principles and rigor to the making of policy. Like universities, they would over time accumulate knowledge and serve as centers of expertise and incubators of potentially revolutionary ideas. In their diversity, they would challenge each other and create a competitive, even adversarial, but still fact-based deliberative process for developing policy ideas, through which truth — or at least best practice — would eventually emerge.

To achieve this revolution, US foreign policy think tanks must invest in multidisciplinary researchers and experts outside of the stale, white, elitist pipelines they rely on. Scholars of critical race theory, feminist theory, postcolonial studies, and non-Eurocentric history deserve a seat at the table. Such an infusion of diverse thought might just usher in a golden age for think tanks — and consequently US foreign policy — instead of the destructive homogeneity we have today.

Tyler McBrien is a writer and editor based in Brooklyn, NY, where he works as a researcher for Princeton University’s Innovations for Successful Societies and an editor at Tactical Tech. He previously worked at the Council on Foreign Relations and served as a Princeton in Africa Fellow in South Africa. He has contributed to Foreign Policy, History Today, Africa is a Country, The Diplomat, Georgetown Journal for International Affairs, and elsewhere