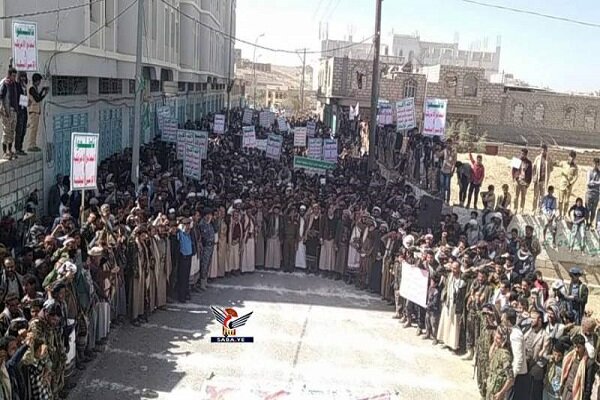 The Yemeni army and Houthi Ansarullah-led Popular Committees have recaptured the Al-Bayda Province from the ousted Hadi forces, dealing a heavy blow to them.

The allied Yemeni forces, which consist of the Yemeni army and Houthi Ansarullah-led Popular Committees, have fully retaken the Al-Bayda Province in the southeast of the capital Saana.

The Yemeni forces succeeded in defeating the Saudi-backed ousted Hadi government forces and their mercenaries as well as the terrorist groups in Al-Zaher and Al-Suma regions.

The Saudi-led coalition had opened a new front in al-Bayda by attacking and capturing areas in the province with the aim of deflecting the attention of the Yemeni forces away from the battlefield in Marib province.

It is noteworthy that Marib has been surrounded by the Yemeni forces for few months and the capture of the city of Marib is just a matter of time.

The delayed capture of the Marib city is due to the heavy bombardments of the Saudi and American warplanes against Yemeni Ansarullah forces that are stationed at the outskirts of the city for few months.

The recapture of al-Bayda indicates yet another defeat of the Saudi-backed groups against the Houthi Ansarullah forces and Yemeni army which control the capital Sanna and many other provinces in the war-torn country.

A top Houthi battlefield commander was killed on Saturday as new fighting raged between Yemeni government troops and Iran-backed forces in the provinces of Al-Bayda, Marib and Jouf.