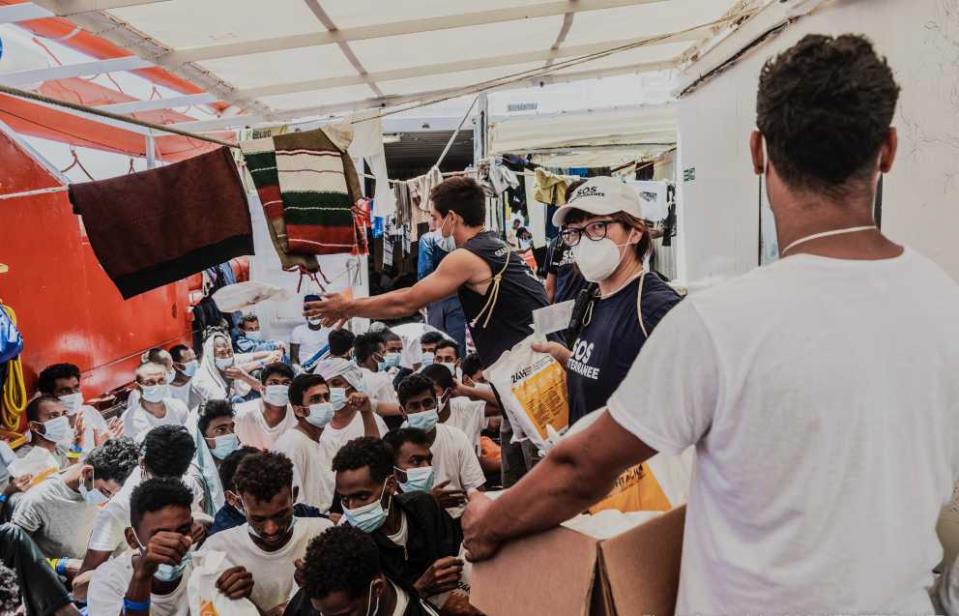 A French NGO rescued the migrants but they have been waiting for EU nations to let them disembark. Italy has reportedly agreed to let the ship dock at its port.

A charity ship named Ocean Viking rescued 572 migrants on July 4 from a boat that was in danger of capsizing in the Mediterranean sea. Since then, the ship was stranded between Malta and the Italian island of Lampedusa, south of Sicily, waiting for any of the European Union member states to let them disembark.

Although Italy has reportedly agreed to allow the disembarking of the rescued migrants, the ship continues to be in the water, far away from the shore and the migrants have run out of food.

For the past few years, the Ocean Viking ship has been used as a place of safety for people rescued at sea. The ship is run by a non-profit while European Union and its member states refuse to carry out any rescue operations.

“The situation onboard the Ocean Viking is worsening by the hour. There is no time for discussions behind closed doors. A solution must be found immediately, and a Place of Safety designated for the 572 survivors onboard,” the NGO said in a statement on Wednesday.

It also underlined that providing a safe harbour quickly to people rescued at sea is not only a moral obligation, but also “a legal duty.”

In the statement of SOS Mediterranee, noting that in addition to psychological problems, food shortages are about to begin for those on board, “we will run out of pre-packed 24-hour food kits tomorrow and will not be able to fulfil all survivors’ nutritional needs by Saturday,” it said.

After a long wait, Italian maritime authorities told the ship officials that the 572 survivors  will disembark in Augusta, Sicily.

SOS Mediterranee was founded by citizens in May 2015 in response to the deaths in the Mediterranean and the failure of the European Union to prevent these deaths.

The irregular migrant problem in the Central Mediterranean

The region of the Mediterranean between Italy, Malta and Libya has come to the fore in recent years as one of the irregular migration routes frequently used in the transition from Africa to Europe.

Due to the good sea and weather conditions in the spring and summer months, migration activity intensifies on this route.

Almost 530,000 migrants have landed on Italian shores since the start of 2015, including some 6,000 in the year to date, according to the International Organization for Migration (IOM).

In the region in question, European NGOs have been carrying out search and rescue activities for the last few years, since the European Union and European countries have not carried out rescue operations.

Just in 2020, 1417 migrants died at sea, even despite crossings having slowed considerably given the coronavirus pandemic.