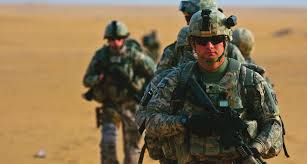 The decision of the outgoing Trump administration to pull out US troops from Somalia by 15 January has come at a particularly critical period for the East African region. This could have broader security and humanitarian implications, threatening the progress of the past decade and leaving the country exposed to the influence of regional actors.

On 4 December 2020, President Trump announced the withdrawal of the US from Somalia by 15 January 2021. This decision serves the administration’s stated goal of reducing US presence globally, including in Afghanistan and Iraq. Specifically, the US is expected to withdraw all of its 700 troops in Somalia, which mainly have been tasked with providing training and conducting counterterrorism missions against al-Shabaab and IS. It is expected that the US forces will continue conducting airstrikes against al-Qaeda’s affiliate, al-Shabaab, operating from the US stations in nearby Kenya and Djibouti. In fact, the majority of US forces in Somali will be redeployed to these two neighbouring countries.

In November 2020 the country’s greatest security guarantor in the region, Ethiopia was caught into a one-month internal conflict with its own breakaway region of Tigray, exposing Somalia’s security dependence. Prioritising the conflict in its own territory, Addis Ababa withdrew its own troops from its neighbouring state in order to redeploy them in the fight against Tigray People’s Liberation Front.  Following Ethiopia’s withdrawal of its non-AMISOM forces (approximately 600 troops) from Somalia, Trump administration’s decision could leave a disastrous security vacuum.

Even though 80% of governmental employees are employed in Somalia’s security sector, the local community, sub-federal authorities and the national government itself have historically relied on the role of militia groups in the fight against insurgents or terrorists. These state-aligned groups of militias have often taken advantage of their importance by exercising abusive power and control at local level. Absent of the US military presence in Somalia, and given the reduced Ethiopian military footprint, the complementary importance of these groups to the Somalian official security forces could increase, sustaining a culture of impunity and questioning the rule of law and the long-term stability.

The local political context and the security situation

The withdrawal of US troops from Somalian soil takes place during a peculiar period for Somalia. Firstly, Somalia is expected to hold both parliamentary and presidential elections in the next two months. A standoff between the ruling party and the opposition groups has currently stalled the electoral procedure. Initial deadlines have already been missed. The public is increasingly losing faith in the electoral process as competing interests between federal and regional authorities and groups could threaten the current fragile balance.

Secondly, the state of Somalia is currently fighting against both Al-Shabaab in its southern and central regions, and the Islamic State in Puntland, a self-administering entity since the late 1990s. Even though Al-Shabaab officially holds control of less territory compared to 2011, the organisation is increasingly pervasive across Somalian territory, including in Somaliland and Puntland. It is currently in charge of a parallel system of governance, relying heavily on the extraction of money, crops and other resources from the rural population in the areas of its control. Bombing attacks against civilians and suicide attacks launched in Somalia’s capital, Mogadishu, by Al-Shabaab have intensified in 2020. Since 2010, it has been responsible for the deaths of over 4,000 civilians. Indeed, the US withdrawal means a blow for the Somali forces – in both psychological and operational terms –  at a critical stage in their fight against these terrorist groups and their efforts to secure the Horn of Africa.

As the US is stepping out of the country, regional powerful actors are vying for greater influence, adding Somalia to their broader geopolitical calculations. Thus, Somalia has become a theatre of the regional competition in the Gulf between the competing blocks of Turkey and Qatar on the one side, and Saudi Arabia and UAE on the other.

Turkey, one of the first countries to establish diplomatic relations with Somalia following the termination of its civil war in 2011, was among the key contributors to the humanitarian relief efforts during the drought of the same year. Since then, Ankara has expanded its presence both commercially and militarily.  Additionally, Mogadishu was one of the few regional capitals choosing to abstain from the blockade against Qatar imposed by Saudi Arabia, Egypt, UAE and Bahrain in 2017. Since then, Qatar has politically and diplomatically backed Somalia’s current president and has pledged significant economic support, mainly through financial and infrastructural aid. Currently, Doha is moving ahead with the construction of a new port in the central Somalian town of Hobyo.

On the other hand, UAE maintains military presence in Somaliland, a non-recognised self-declared country internationally considered to be part of Somalia, while Saudi Arabia has recognised Somaliland’s passports. Moreover, the UAE has cultivated ties with opposition parties and other federal states within the country, mostly through its own economic aid and investments. For the time being, the influence of the two regional blocks in Somalia has been restrained.

Finally, with regards to the US interest and the broader geopolitical implications, the withdrawal could also allow China, a country maintaining a naval base in neighbouring Djibouti and increasingly concerned about further potential instability in the Horn of Africa due to its ambitious geo-economic projects. Filling the void, Beijing could choose to step up its maritime security cooperation with US partners present in the region, such as Saudi Arabia and the UAE. Similarly, the US strong presence in the area has so far prevented Russia from establishing a naval base in the Horn of Africa. However, the current developments could embolden Kremlin’s reported plans of establishing their own base in Somaliland’s port of Berbera.

Interstate regional competitions through proxies and the support of opposing local parties in intra-state power plays could prove detrimental to the country’s fragile internal unity, undermining years of state-building efforts. Additionally, Somalia’s state structures, including the local police and the security forces, are struggling in the fight against phenomena of endemic corruption and fiscal mismanagement. Given these chronic problems, underpaid governmental forces are subject to foreign influence, bribing and infiltrations, providing foreign actors with a fertile ground for maneuvers.

The examples of proxy wars in a variety of different ongoing conflicts (Yemen, Syria, Libya), largely driven by the geopolitical aspirations of regional powerhouses, could serve as a cautionary tale for Somalia, a country characterised by ethnic divisions. Overall, the vacuum created by the US withdrawal could render Somalia into an increasingly geopolitically  contested  arena.

Hence, the international community needs to pay closer attention to the Horn of Africa. Past experience has shown that societal unrest and conflicts – both inter-state and intra-state ones- in this region are closely interconnected. Presently, it remains unclear whether the upcoming Biden administration will reverse the withdrawal decision.  Nevertheless, the capacity of the Somalian state to exercise monopoly of control remains highly relied on the US’ high profile alignment with its government in the security sphere. A resurgence of terrorist groups such as Al-Shabaab in Somalia remains more likely in 2021, following the US withdrawal and could result in another humanitarian and refugee crisis with a potential spillover of violence.