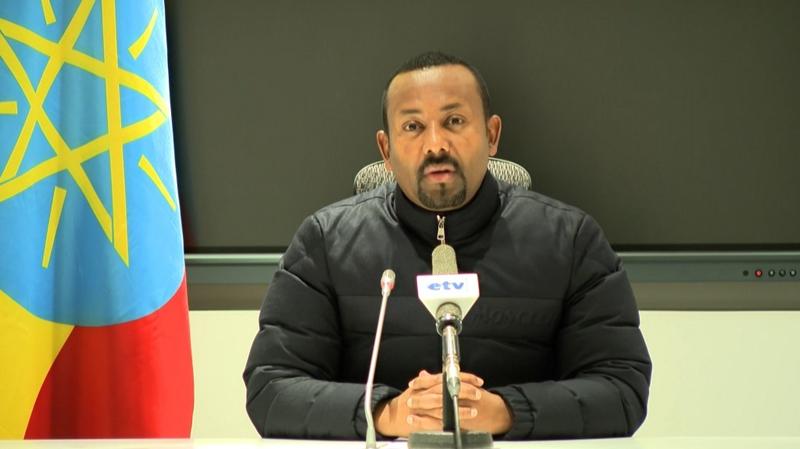 Ethiopian Prime Minister Abiy Ahmed has stressed that the ongoing military operation in Ethiopia’s Northern Tigray region is aimed at ending impunity as he emphasised that “no federation and constitutional order can tolerate such illegality.”

“I call upon the international community to understand the context and the consistent transgressions by the Tigray People’s Liberation Front (TPLF) clique that have led the federal government to undertake this law enforcement operation that aims to once and for all put an end to impunity and forces aimed at destabilising the country as well as the region,” Dr Abiy said in a statement issued on Sunday.

Since early Wednesday, the Ethiopian government has been undertaking military operations against the TPLF, the ruling party in Ethiopia’s northernmost Tigray region and now in an official war against the federal government that followed TPLF’s reported attack against the northern command of the Ethiopian Defence Force, a division that has been stationed in the region for over two decades.

Noting that the Ethiopian people “have paid a huge price thus far for the criminality of belligerent cliques,” PM Abiy stressed that “now we all deserve peace and stability. And this operation aims to end the impunity that has prevailed for years”.

The PM also noted that behind the conflicts that have resulted in the suffering and deaths of many Ethiopians in the past two years, close observers of Ethiopian politics could clearly see the influence of the TPLF clique.

“They sponsored, trained and equipped any force that was willing to engage in violent and illegal acts to derail the transition,” Dr Abiy said, adding that their objective “was clearly to make the country ungovernable by instigating clashes along ethnic and religious lines, to sow division and discord so that the democratic transition will lose its momentum”.

“In efforts to bring to justice these conflict entrepreneurs, arrest warrants by federal courts were ignored in an open contempt for the rule of law,” the Ethiopian PM said.

He also stressed that fugitives from the law assumed official party and state government position within the Tigray regional state and serial obstruction of justice became the hallmark of the TPLF.

The sudden reported army base attack by the TPLF fighters and the subsequent military operation by the federal government came on the backdrop of rising tensions between Abiy’s Prosperity Party and the TPLF, with each side accusing the other of trying to destabilise the country.

The Ethiopian government has been blaming the TPLF, which was one of the four coalition fronts of Ethiopia’s former ruling party the Ethiopian People’s Revolutionary Democratic Front (EPRDF), for masterminding various treasonous acts across different parts of the country with an overarching goal of destabilising the East African country.

Three of the former four EPRDF coalition members had last year joined other regional parties in establishing the Prosperity Party, as the TPLF refused to join.

According to PM Abiy, for more than two years, the federal government opted for maximum restraint, even though it was being criticised by citizens, including by the federal parliament, for not taking more measures to apprehend fugitives from law that were at large in the Tigray region.

“Unfortunately, the responsible and restrained approach of the federal government was perceived as weakness by the fugitives and their clique,” he said.

The mounting differences between the federal government and TPLF exacerbated in September this year, when the Tigray regional government decided to go with its planned regional elections, which the Ethiopian parliament had previously postponed due to the ongoing Covid-19 pandemic.