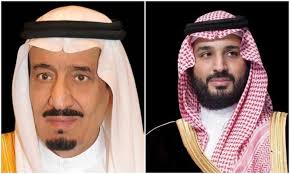 “King Salman praised the distinguished, historic and close relations between the two friendly countries and their people which everyone looks to strengthen and develop at all levels,” SPA added.

While Trump is close to the Saudi royal family, the former US vice president pledged in his campaign to reassess ties with the kingdom, demanding more accountability over the killing of Saudi journalist Jamal Khashoggi in Riyadh’s consulate in Istanbul and calling for an end to US support for the Yemen war.

Prince Mohammed’s relationship with Trump had provided a buffer against international criticism over Riyadh’s rights record sparked by Khashoggi’s murder, Riyadh’s role in Yemen’s war and the detention of women activists.

Saudi Arabia has admitted that Khashoggi was killed after entering the Saudi consulate in Istanbul, after initially denying Turkish claims that he was murdered.

The murder resulted in tensions between lawmakers and the White House. Trump had reaffirmed his support for Saudi Arabia, despite the murder of Khashoggi, insisting the US-Saudi Arabian alliance is beneficial not only for American interests, but also for those of Israel.

Lawmakers from both parties, meanwhile, had called for a strong US response to Khashoggi’s murder.

During the negotiations between Iran and world powers on the 2015 nuclear deal, Saudi Arabia and other major Sunni states expressed concern over a deal which would allow Iran to produce nuclear weapons – a position which placed them very close to Israel’s position on the matter.

Ultimately, however, Saudi Arabia’s government announced that it welcomed the deal.