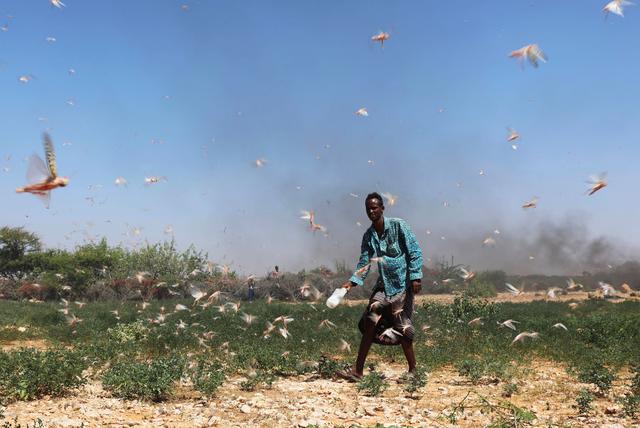 Authorities in Lower Shabelle region on Saturday launched aerial spraying in three counties in the country’s north to wad off locust invasion.

The desert locusts have already caused extensive damage to farmlands in the Lower Shabelle region and officials say they are targeting to stop the invasion.

Malak Abdullahi Suleiman a local official who spoke to the government media said that while they are suffering from the flooding of the Shabelle River in the area and the diseases that result from it, now add locusts and deplete their crops.

Malak Abdullahi appealed to the federal government, the South West administration and aid agencies to reach out to the people of Wanlaweyn and the surrounding villages, saying that some of their fields had been destroyed by the floods and others had been decimated by locusts.

The locusts have reached the Middle Shabelle region in recent weeks but have now crossed into Lower Shabelle, and people are facing difficult conditions as part of the floods