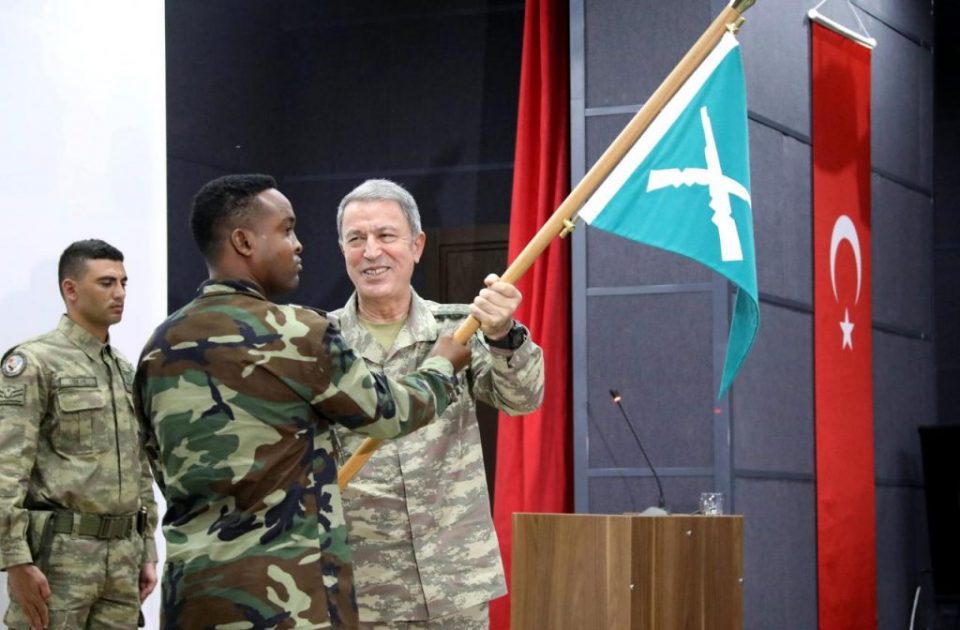 It is evident that Somalia is making remarkable progress on all important fronts after decades of turbulence and conflict.The manifest dedication of Somalia’s men and women who, though poorly paid and ill armed,have devoted themselves to protecting, building and rebuilding a country weary from civil strife, is commendable.

In close to three decades of unrest, the international community intervened, with the approval of the United Nations, but there is not much to show for it. African Union Mission in Somalia (AMISOM) troops were deployed in Somalia with an initialsix-month mandate;it is close to two decades now, and they are still here.

A timetable has now been drawn for AMISOM’s exit, and it is time the Somali government got a bit more serious about its security and sovereignty,to put in place measures to safeguard it is land, sea and air territories.Even though the country has got one of the longest coastlines in mainland Africa, its vast sea territory is not manned by the Somali army but by foreign mercenaries.

Countless times, Somalia’s airspace has been violated – and will likely continue to be – but without the necessary tools or resources to respond or protect itself,all it can do is write protest notes – often to the same bodies that sanction such violations or look the other way when that happens – which is hardly ever sufficient.

Recently, the country enforced a travel restriction overJubaland, but Kenyan politicians, led by Garissa MP Aden Duale violated that embargoin blatant disregard of government’s express directive. Kenya’s actions can be interpretedto imply ‘superiority’, stemming from the fact that the Somali government was in no position to respond to what was, for all intents, external aggression.In effect, that unfortunate event opensthe window for other aggressorsto follow suit.

Questionsthen beg: how prepared is Somalia to take charge of its own security? What can it do to protect its sovereignty?And if it cannot, whatother optionscan it consider to have control over its territorial affairs?

The most immediate of these options right now is for Somalia to invite any of itsmore friendly countries and draw up amutual defence pact, to take care of its security needs.

Defence pactsare not new. A classic example is the Iceland-US treaty, where the two signed a defence pact according to whichthe US would protect the tiny but resource-rich Iceland.This is primarily why Iceland had no military for close to seven decades until the defence pact was dissolved in 2006. Even then, with vested interests prevailing, the USA pledged to continue to protect Iceland even without having a standby force based there.

Another example the one between Pakistani and Saudi Arabia. Pakistan maintains close military ties with Saudi Arabia, providing extensive support, arms and training for the Saudi armed forces. Since the 1970s, Pakistani soldiers have been stationed in Saudi Arabia to protect the Kingdom. Pakistan has also regularly provided training to Saudi soldiers and pilots. Fighter Pilots of the Pakistan Air Force flew aircraft of the Royal Saudi Air Force to repel an incursion from South Yemen in 1969 and Pakistan Army Corps of Engineers built Saudi fortifications along its border with Yemen.The bilateral relations between the two are historically close and extremely friendly, frequently described by analysts as constituting a special relationship

Whatever its faults, its merits are bigger and better. A defence pact with a militarily superior country would accord it the space to focus on other nation-building endeavourswith the assurance that territorial violations will be adequately dealt with. A good example of a dependable ally in this regard is Turkey.

With Turkey’s military superiority – compared to Somalia’s aggressive neighbours – Somalia would have the space to restructure economically and militarily. And with the presence of a strong coastguard, the disposing, with blatant impunity, of hazardous waste material and illegal fishing — which costs Somalia hundreds of millions of dollars annually –would be adequately checked.

Elsewhere in Asia, South Korea has a troublesome neighbour in North Korea but because of a strategic relationship between the South and the US, North Korea has at it door about 28,500 US troops, dozens of combat planes, helicopters and missile launchers stationed in South Korea. It is a fragile peace, but peace nevertheless.

Before its troubles, Somalia had a formidable military, whichcollapsed following the civil war and the collapse of Siyad Barre-led military government.What is left now is disjointed mash-up of hundreds of thousands of uncoordinated troops operating under various forces;there is no navy to speak of.

In January 1992, Security Council Resolution 733 established an arms embargo on Somalia in reaction to the ongoing conflict and deteriorating humanitarian situation. This Resolution was unanimously adopted. Although exemptions have been given since 2002, with the latest being in November 2019, Somalia is not in a position to protect itself or make fair demands that protect its sovereignty. This needs urgent addressing.