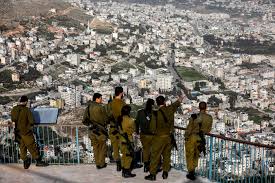 The US and Israel will sign an agreement expanding scientific research projects into the West Bank and the Golan Heights, removing a geographical restriction that limited the projects to inside Israel’s pre-1967 borders.

Israeli Prime Minister Benjamin Netanyahu announced the plan on Tuesday. Netanyahu and US Ambassador to Israel David Friedman are expected to attend a signing ceremony for the new agreement in the northern West Bank settlement of Ariel.

Research projects might not seem like much, but a director of an Israeli think tank told The Jerusalem Post it is the first time the US will authorize the use of funds across the “green line,” the pre-1967 borders.

“It’s a very strong recognition that settlements are not illegal. They announced that, but now they’re putting meat on the bones,” Eugene Kontorovich told the Post.

Despite rumors of settlements being paused due to normalization agreements with Arab countries, Israel recently advanced plans for nearly 5,000 Jewish settlements in the West Bank. According to the Israeli NGO Peace Now, Israel advanced more settlements this year than any other since the NGO started recording in 2012.