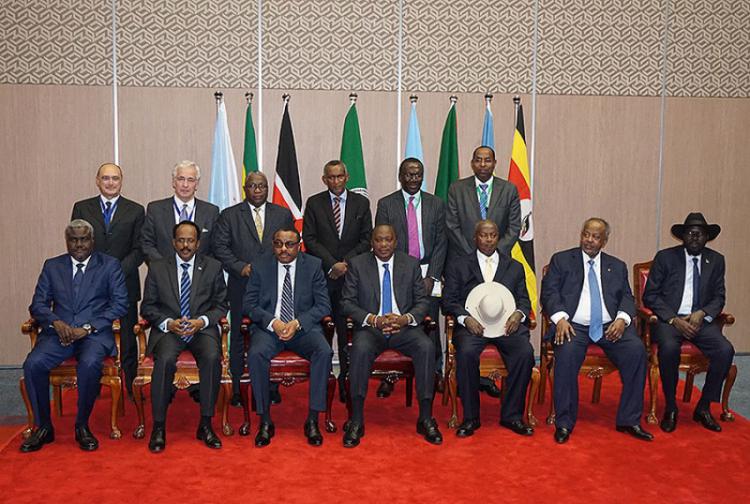 The Intergovernmental Authority on Development (IGAD) was created in 1996, with Somalia as one of its founding members. Its core mission was to address drought and desertification, over the years this has changed and has been an entity that was hugely involved in the regional politics. The question that begs an answer is that, did IGAD played any role in working in Somalia which is now in chaos for close to 40 years.

Despite Somalia’s entrenchment in IGAD,many consider the Authority to be an anchor on the country’s ambitions, one that does more harm than good to Somalia’s interests,including working covertly to destabilize it.

Dr Ibrahim Farah, a lecture at the University of Nairobi’s Institute of Diplomacy and International Studies (IDIS) says the body has adopted a ‘neither hands-on nor hands-off’ approach, an ambiguous policy that he says is “ineffective, with no long-term strategic thinking.”

Dr Farah questions IGAD’s ability to act on its own – as an independent secretariat – rather than following the “adopted” line of its member states. As a matter of fact, the Executive Secretary Ambassador Mahboub Maalimis on record admitting that IGAD “could have done more in Somalia.”

For most of its life, IGAD has excluded Somalia from the decision-making table,as evidenced by the fact that Somalia has never held any position of real influence. As it is, efforts by the country to win the executive secretary position have been fruitless.

Experts says the most immediate appointment should have been preceded by a Summit – during which a communique regarding which country becomes the new chair and which one produces the Executive Secretary is agreed upon. In contrast, the decision of the most recent appointment was unilateral and demonstrates a conspiracy to deny Somalia the top position.

IGAD,observers say, is an entity that was designed never to favor Somalia or its people, and which has never intervened or brought a clear solution to the problems bedeviling Somalia. In fact,, some argue, IGAD supported the 2006 invasion of Somalia by drafting and assenting to the legality of the troop presence.

That invasion was a disaster, with Amnesty International classifying as a war crime; it also documented instances of atrocities, including slitting people’s throats, gouging out eyes and gang-raping women.

When Eritrea left the bloc, it cited deep-rooted suspicions that it was being manipulated by some actors to frustrate some countries in general, and itself in particular. Today, Somalia shares similar sentiments.

The Attorney General Appoints Special Prosecutor for Crimes Against Journalists