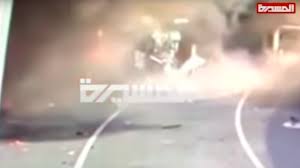 Abu Dhabi police said Monday a fire at its main airport and explosions with three fuel trucks were possibly caused by drones, in what would be a highly unusual strike against targets in the United Arab Emirates.

Yemen’s Houthi rebels said they were responsible for the attacks.

A preliminary investigation indicates small flying objects, likely drones, fell in both areas and may have triggered the blasts, which didn’t cause any casualties, the UAE’s state-run WAM news agency reported.

The UAE has fought alongside Saudi Arabia in a coalition against the Houthis in Yemen’s civil war. The UAE has intensified its air campaign against Houthi targets in Yemen in recent weeks, which the Iran-backed group said it would retaliate against.