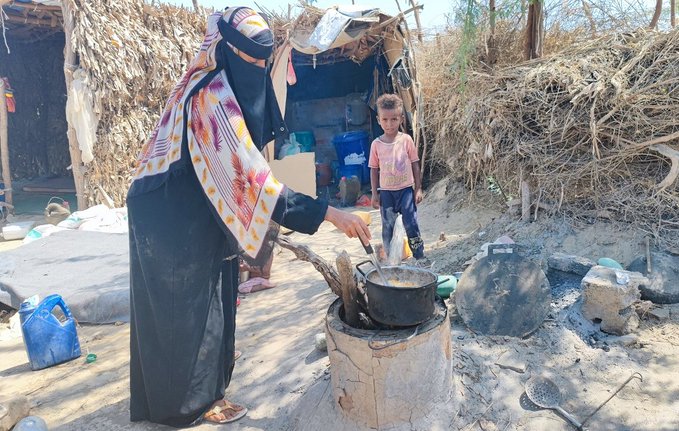 Millions of Yemenis are experiencing rising hunger amid shortages in food assistance, the United Nations said on Sunday.

“Displaced families in Yemen face rising hunger due to the cut of food assistance,” the UN refugee agency UNCHR said on Twitter.

Displaced families in #Yemen face rising hunger due to the cut of food assistance .

🔴Over half of the country’s 4m IDPs live in areas categorized as an “emergency” food situation.

It said over half of four million displaced Yemenis “live in areas categorized as an emergency food situation.”

“In January, millions will receive reduced food ration”, the UNCHR said, citing that the UN relief and aid agencies in Yemen, including the World Food Programme, are running out of funding.

Yemen has been engulfed by violence and instability since 2014, when Iran-aligned Houthi rebels captured much of the country, including the capital Sanaa.

A Saudi-led coalition aimed at reinstating the Yemeni government has worsened the situation, causing one of the world’s worst man-made humanitarian crises, with nearly 80% or about 30 million people needing humanitarian assistance and protection, and more than 13 million in danger of starvation, according to UN estimates.

Bamako reviewing defense accord with Paris