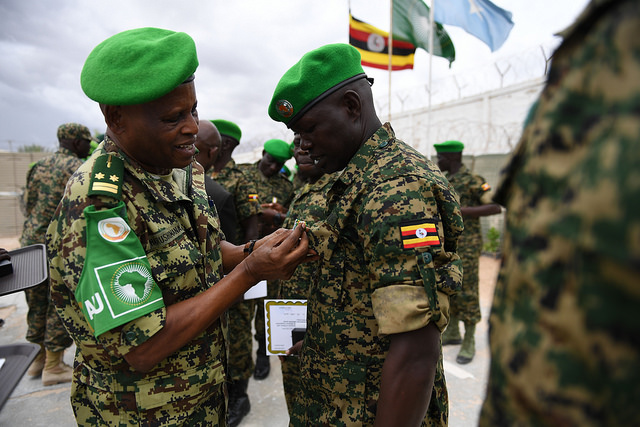 The African Union Transition Mission in Somalia will work till the end of the year with an aim to enable the country’s forces to take primary responsibility for security.

“The UN Security Council has adopted a resolution… to reconfigure AMISOM,” the UAE, which holds the UNSC presidency, said on Twitter on Thursday.

“It is now the African Union Transition Mission in Somalia (ATMIS).”

The current African Union Mission in Somalia (AMISOM) is composed of 20,000 soldiers, police and civilians helping local authorities fight against the militants.

Its mandate was due to expire on Thursday, and UN Secretary General Antonio Guterres recommended early this month maintaining the force level until the end of the year.

The new mission will work to enable Somali forces to take primary responsibility for security.

Under the resolution approved on Thursday, the UN force reduction will be carried out in four phases until the last peacekeeper withdraws in late 2024

The Horn of Africa nation has seen a spate of attacks in recent weeks as it hobbles through a long-delayed election process.

The enduring sorrow and pain of British slavery