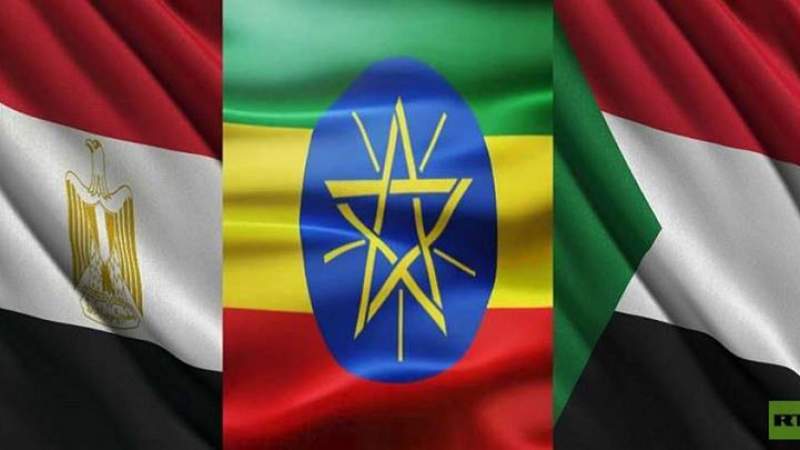 On Monday, Prime Minister Abdalla Hamdok made a formal request to the African Union (AU), United Nations, European Union and the United States to mediate in an increasingly bitter regional dispute over the filling of Ethiopia’s ambitious hydro-electric dam along the Blue Nile River.

In a statement released the same day, Sudan’s foreign ministry expressed concerns over Ethiopia unilaterally filling the Grand Ethiopian Renaissance Dam (GERD) without regional consultation during the rainy season in July this year. The move, water minister Dr Yasser Abbas said last month, could effectively “threaten the lives of half the population in central Sudan, as well as irrigation water for agricultural projects and power generation from Roseires Dam.”

Ethiopia’s intractability towards opening the negotiation forum may be a product of the change in the regional relations between the three Nile River-linked countries. Over the past few months, Sudan has sided more with its northern neighbour in more ways than one. Sudan and Egypt have exchanged many high-ranking diplomatic visits recently while the gap between Sudan and Ethiopia increases.

New Sudanese Foreign Minister, Dr Mariam Al Sadiq Al Mahdi met with Egyptian counterpart Sameh Shoukry on her visit to Egypt earlier this month. During the meeting, the two countries warned if Ethiopia unilaterally filled the Renaissance Dam it would prove a violation of the Declaration of Principles signed by the three countries six years ago.

Sudan has been a revolving door for Egyptian official visits this month.

First, the Chief of Staff of the Egyptian Armed Forces signed a military cooperation agreement with Sudan in Khartoum which then followed by Egyptian President Abdul Fattah Al Sisi meeting the head of the Sovereign Council, Lt.-Gen. Abdul Fattah Al Burhan.

The series of visits was followed by Sudanese PM Abdullah Hamadok taking a short official trip to the Egyptian capital right after concluding a trip to Saudi Arabia. He discussed the cooperation between the two countries in many fields with the Egyptian president, including the GERD issue and the two states options in dealing with the file.

According to political analyst Mohamed Hamid, the recent closeness may prove a necessary measure in terms of security. “Sudan needs an ally if the border conflict is to escalate as Eritrea will offer military aid to Ethiopia. In fact, Sudan did declare that some of the border clashes involved Eritrean troops, which was denied by Eritrea”, he said. But this close link to Egypt’s Al Sisi may also be triggering a greater rift between Sudan and the Ethiopian government, Hamid told Ayin, not least suspicions within Sudan’s civilian government and its military counterparts.

Border tensions in the Blue Nile

While the Sudanese-Ethiopian border dispute continues to simmer in Al-Fashqa amid a growing refugee crisis, further tensions could emerge along Sudan’s Blue Nile border.

“It is to be noted that the Ethiopian government aims to use Commander Joseph Touka to occupy the city of Kurmuk with the support of Ethiopian artillery, with the aim of dispersing the efforts of Sudan’s army on the eastern front”, the news read.

A military source accused Ethiopia of working to disband the efforts of the Sudanese army as the autumn approaches. “Ethiopia is trying to persuade Joseph Touka to repeat the attempt by providing supplies, and they did start sending it”, the source told Ayin.

A member of the Security Arrangements Committee of the Juba Peace Agreement, Kamal Ismail, however, refuted these allegations. “SPLM-N headed by Abdel Aziz Al-Hilu is committed to the ceasefire arrangement with the transitional government that involves all areas under the movement’s control and therefore cannot receive weapons from Ethiopia”, Ismail explained. Sovereign Council member Mohamed Al-Faki also denied the claim, telling Ayin they have not received any official information in this regard.

“Touka’s troops are not very strong, and the power of the SPLA-N is centred in South Kordofan,” Hamid added. “Besides, the movement is controlled by South Sudan, and the latter would not allow any such military support to pass considering its relations with Sudan.”

The day following the accusation, reports emerged on Ethiopian media alleging that Sudan and Egypt had supported violent attacks within Ethiopia. “A committee set up by the House of People’s Representatives (HoPR) to evaluate and provide solutions to the unrest in the Metekel Zone said that Egypt and Sudan backed the conflict,” one Ethiopian report reads.

Sudan and Egypt’s best option may be to place diplomatic pressure via the UN Security Council as a complainant for any damage triggered by Ethiopia filling the dam, Hamid told Ayin. This, according to news sources, is an option Sudan is considering. “Some people mention a war, but it’s is a highly excluded option as it comes with an unbearable price for all parties, and any damage to the dam will be extremely damaging to Sudan,” Hamid concludes.