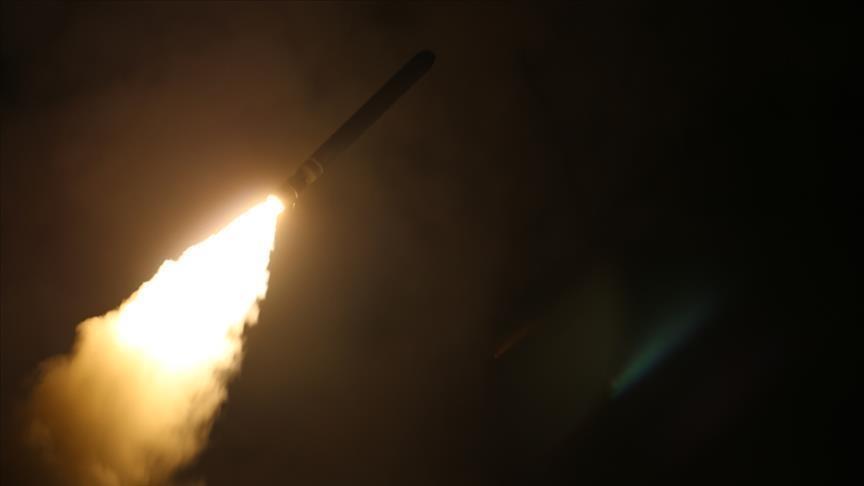 A drone attack struck an oil installation in Saudi Arabia’s capital of Riyadh on Friday, the Saudi state-run news agency reported, igniting a blaze at the facility deep in the kingdom’s territory File photo of an oil installation

A drone attack struck an oil installation in Saudi Arabia’s capital of Riyadh on Friday, the Saudi state-run news agency reported, igniting a blaze at the facility deep in the kingdom’s territory.

The dawn attack caused no injuries or damage, and did not disrupt oil supplies, according to the official Saudi Press Agency.

Details about Friday’s attack remained slim, and authorities did not name the facility. Saudi Arabian Oil Co., the kingdom’s oil giant, operates a refinery just southeast of Riyadh that produces gasoline, diesel, jet fuel and other products for consumption around the capital.

Satellite images from Planet Labs Inc., analysed by The Associated Press, showed no immediately visible damage at the Riyadh refinery.

Saudi Aramco, which now has a sliver of its worth traded publicly on the stock market, did not respond to a request for comment. The international crude benchmark, Brent, rose to over USD 62 a barrel. Aramco stock fell 0.85 per cent Friday on Riyadh’s Tadawul stock exchange.

The Saudi statement did not blame the Houthis for Friday’s attack. But a few hours earlier, Houthi military spokesman Brig. Gen. Yehia Sarie reported the group had fired six drones at an unnamed Aramco facility in Riyadh, without providing evidence for what he described as a high-accuracy hit.” Riyadh lies some 1,000 kilometers (over 600 miles) from Yemen’s soil, but the rebels have fired drones and missiles at the Saudi capital before.

The Houthis later Friday said two more drones attacked the King Khalid air base in the southern province of Khamis Mushait, a frequent target of the rebels. The Saudi-led coalition did not acknowledge that strike. Flights coming into the nearby Abha airport briefly diverted or otherwise flew in circles without explanation Friday evening, according to tracking data from website FlightRadar24.com.

While Houthi-claimed attacks on Saudi Arabia rarely cause damage, strikes on major oil facilities in the kingdom, the world’s largest oil exporter, raise the risk of a disruption in world oil supplies. In the fall of 2019, a drone and missile attack struck two key Saudi oil installations and halted about half of the country’s oil supplies. Although the Houthis claimed responsibility, both Washington and Riyadh blamed Tehran for the attack. Iran denied involvement.

A Saudi-led coalition has been battling the Houthis since March 2015, months after the rebels swept into Yemen’s capital, Sanaa, and seized much of the country’s north. Now mired in stalemate, the war has killed about 130,000 people including more than 12,000 civilians and spawned the world’s worst humanitarian crisis in a country that was already the Arab world’s most impoverished nation.

Saudi Arabia has faced international criticism for its airstrikes that have killed civilians and hit non-military targets in Yemen.

From Yemen, where the rebels have been pushing aggressively to take the last government stronghold of Marib, Houthi leader Mohammed Ali al-Houthi proposed a nationwide cease-fire conditional, however, on long-held rebel demands.

He appealed to the Saudi-led coalition to reopen Sanaa’s airport to commercial flights and lift restrictions on cargo ships within 48 hours at the rebel-held port of Hodeida, which handles some 70 per cent of the country’s imports. He did not say whether the Houthis would halt their weekslong offensive to capture Marib, which has sent thousands of people fleeing.

There was no immediate response to al-Houthi’s proposal from the coalition or Yemen’s internationally recognized government.

The Biden administration has cast a spotlight on Yemen’s ruinous war in recent weeks, lifting a Trump-era designation against the Houthis, announcing the end of US support for the Saudi-led coalition and dispatching the US envoy for Yemen, Tim Lenderking, to the region to negotiate a political settlement. Earlier this month, Lenderking urged the Houthis to accept his cease-fire proposal.