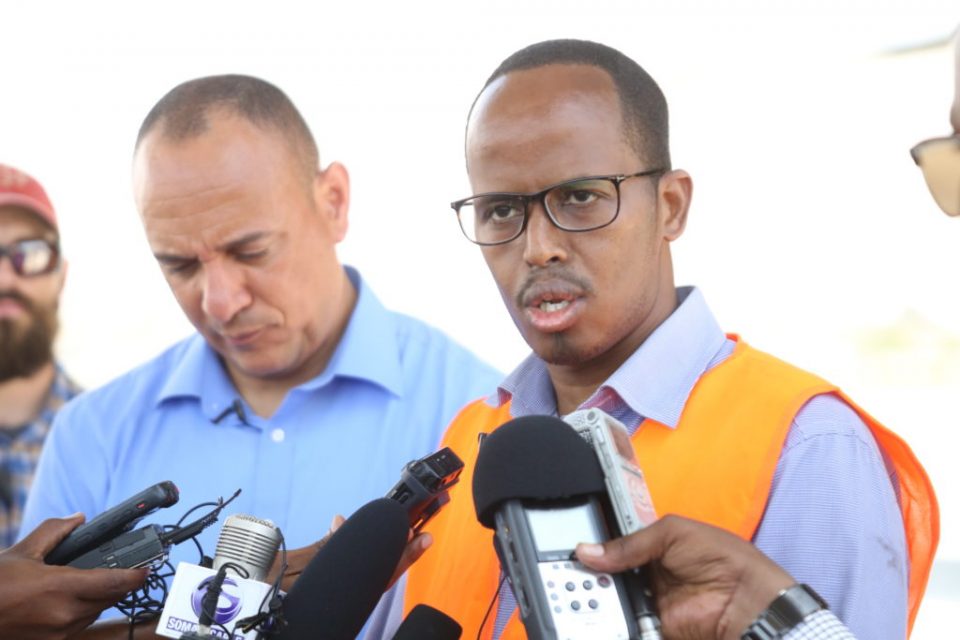 I was mayor of Mogadishu in 2017 when it experienced the country’s deadliest ever terrorist attack. The lessons have not yet been learnt. 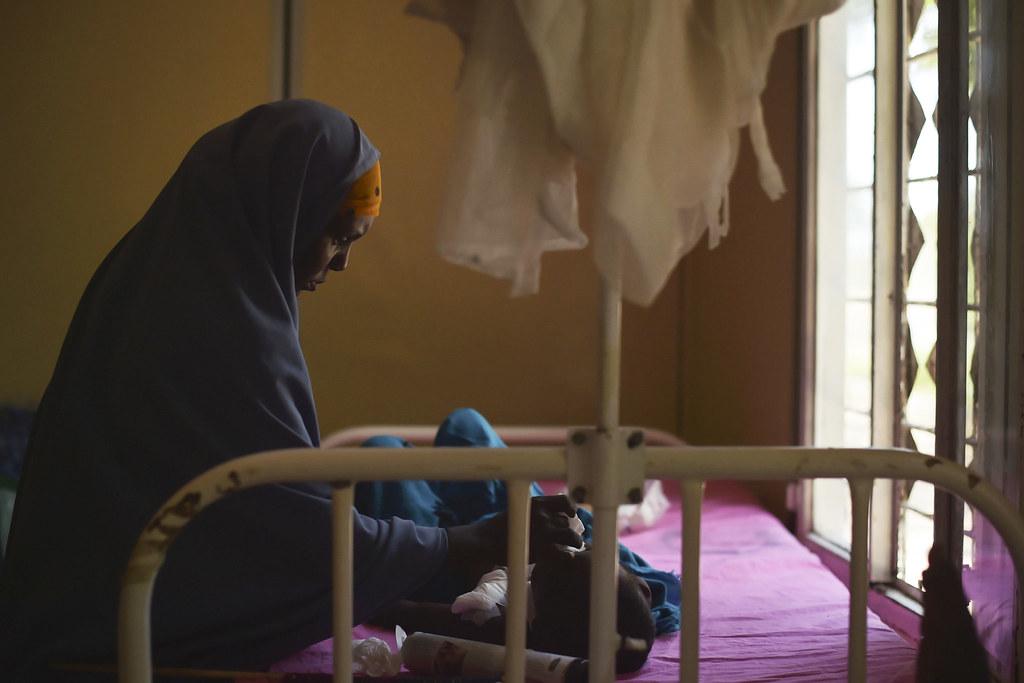 Sa’di, a five year old girl injured in the Mogadishu attack on October 14, is tended to by her mother at Medina Hospital in Mogadishu, Somalia, on October 17, 2017. Credit: UN Photo/Tobin Jones.

Though Somalia’s capital had seen its fair share of blasts, the Zoobe attack was particularly horrendous in terms of the sheer power of the explosives deployed, the loss of lives and destruction of property. It was to Somalia what the 9/11 attack was to the US.

As the Mayor of Mogadishu and Governor of Benadir Region at the time, what is mostly distinctly etched in my mind about that day is not the fact that I’d passed ground zero only 10 minutes earlier or even the horrific scenes of charred bodies, mangled vehicles and debris. It is the overwhelming post-attack response by Mogadishu residents, especially the youth.

Upon arriving at the scene shortly after the blasts, I immediately knew the local and federal government alone would not manage to handle the crisis. Through social and mainstream media therefore, I begun frantically calling on ordinary people to help with the rescue effort. And help they did, in overwhelming numbers and unmatched zeal.

Thousands of youths did not only comb through the debris to pull out the dead and rescue the survivors; they also turned up in large numbers at Mogadishu’s hospitals to donate blood, until they were turned away due to low blood storage capacity.

A few days later, Mogadishu youths staged one of the largest anti-al-Shabaab street demonstrations the city had ever seen. The anger and outrage against terrorism had boiled over and overcome the fear of reprisals from the Islamist group.

I could feel the ground shifting decisively against the militants. The atrocity seemed to cost them the remaining the remnants of support they may have had within the population. That’s probably why the group chose not to claim responsibility for the attack despite their fingerprints being all over it. A recent research study confirms my instincts that public outrage against terrorism deters al-Shabaab more effectively than military force.

After the attacks, I begun advocating for reforms in Somalia’s security architecture and disaster response in order to minimise the risks of future attacks and lessen their negative impacts should they occur. We couldn’t afford to continue with business-as-usual. I would later come to realise, however, that not many people in the highest positions of the federal government shared my urgency. That would cost me my job a few months later.

Learning the painful lessons of Zoobe, we initially begun to create disaster response centres in some of Mogadishu’s 17 districts. We also advocated for the creation and expansion of blood banks so they could handle disasters of Zoobe’s magnitude or worse.

Equally importantly, we saw the need for security to be decentralised from the federal government to the city authorities as part of a strategy to strengthen community policing and strengthen the relationship between the people and security agencies. This would boost information sharing against al-Shabaab plots. I reached out to many within the federal government and diplomatic community as well as religious and community leaders and the people. While the response was positive in many quarters, key government leaders viewed it as a threat to their power.

Things came to a head three months after the attack when President Mohammed Abdullahi Farmaajo relieved me of my duties.

Since then, my campaign for reforms and justice for victims of the attack has not ceased. Three years after the attack, it’s tragic that the many people who lost loved ones lost their lives or are suffering long-term health complications are not receiving the support they deserve from the government. This must change.

Moreover, Somalia needs to put in place mechanisms to reduce the risks of future attacks. One way to do this is to begin the arduous work of setting up a comprehensive biometric registration system. This would form the basis of a national ID that would be mandatory for everything from registering phone lines and cars, to transferring money, purchasing or renting property, opening businesses and voting. This would not only enhance security but improve business and investor confidence and help accelerate the country’s reconstruction.

Currently, al-Shabaab and other terrorist groups in Somalia are taking advantage of Somalia’s weak, disjointed, and antiquated identification system. This is allowing them to more easily plot attacks, engage in extortion, carry out illegal taxation, and infiltrate security agencies as well as the justice system in which the conclusive identification and tracking of suspects remains a huge challenge. Just last year, Mogadishu’s Mayor Abdirahman Omar Osman was killed by a bomb attack inside the mayoral office building. It later emerged that the attacker had provided false names during his employment.

Three years the tragic Zoobe attack, Somalia is heading towards presidential and parliamentary elections scheduled for early next year. That vote provides the people with a rare opportunity to install bold leadership that can fix the country’s security challenges and ensure similar tragedies are not repeated.

Before it’s here, it’s on