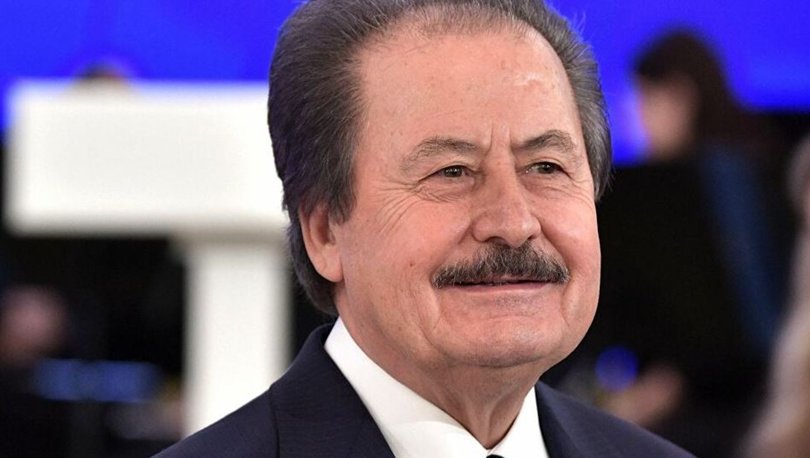 Olay TV, owned by businessman and former minister Cavit Caglar, began broadcasting on November 30 but was pulled off the air on Friday. (File/Getty Images)

ANKARA: An independent TV channel in Turkey that opened 26 days ago shut down abruptly on Friday evening, allegedly under pressure from government circles.

Olay TV, which is owned by Turkish businessman and former right-wing minister Cavit Caglar, stood out in the country’s media landscape by not being pro-government or being owned by companies affiliated with the government.

Opposition lawmaker and investigative journalist Ahmet Sik said that the presidency had drawn up a list of people who would be fired from the channel. They included female anchor Nevsin Mengu, who went viral several times for being outspoken with her criticism.

The channel was criticised by governmental circles for broadcasting the weekly parliamentary meeting of the pro-Kurdish Peoples’ Democratic Party (HDP) in full, something all other channels have been avoiding for years.

Caglar is alleged to have told the channel’s manager that he could not withstand mounting government pressure over Olay TV’s critical editorial line.

“Despite being established only one month ago, Olay TV has quickly gained status as an independent media organ and gained a huge following thanks to its high-quality staff and bold stance against the government’s de facto ban on critical stories,” he told Arab News. “They paid the ultimate price for their independence. In an environment of heightened opposition against the ruling party, pro-government media controls nearly 90 percent of Turkish TV stations and newspapers.”

He added that Olay TV’s closure meant there was only space for a few satellite channels close to the opposition party, like Halk TV, KRT TV and the foreign-owned FOX TV, as Turkish air waves were generally off-limits to the government’s critics.

“The closure of Olay TV in less than a month as a result of government pressure is a shame for our democracy!” Ahmet Davutoglu, leader of the breakaway Future Party and former Erdogan ally, tweeted. “Why are you afraid of independent journalists? Do not forget that only those who have dubious jobs, get involved in dirty relationships and deceive people with lies, are afraid of the media.”

Experts said that sanctions on critical media that pushed journalists to avoid “sensitive topics” for coverage directly violated people’s right to free speech and to be informed through media pluralism.

RTUK has been criticized for losing its impartiality and serving as a censorship instrument to intimidate the media. It recently imposed a five-day broadcasting suspension on Halk TV, which is affiliated with the CHP, and Tele 1.

“The government’s strong control and censorship over the media has prevented voters from having access to different viewpoints and allowed the ruling elites to frame and even manipulate the public debate in an attempt to protect themselves from criticism,” Esen added.

RTUK fined Haberturk TV station for airing remarks from an opposition politician criticizing a Qatari investment in Turkish military tank production. The fine was justified on the basis of “preserving the integrity of the state.”

A TV channel risks losing its broadcasting license if it is sanctioned three times for the same provision within a year.

“The media’s subordination to pro-government actors was a consequence of the breakdown of Turkish democracy and the transition to a competitive authoritarian regime under the ruling Justice and Development Party’s (AKP) rule,” Esen said. “A lack of independent media organs make the transition to a democratic regime all the more difficult.”

He was a guest of the channel a day before it closed. Other outlets remain hesitant about inviting leaders of breakaway parties for fear of drawing government ire.

“This is the reflection of how press freedom is restricted in Turkey. Don’t be afraid of talking, Turkey,” Babacan tweeted.

No government official has responded to the allegations of censorship.

Pompeii, a ‘street food shop’ emerges from the site Some foods still in their pots in the ‘Thermopolium’