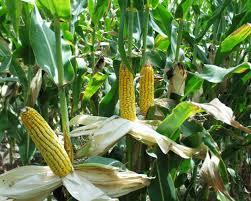 Somalia is fertile and arable land which has reliable rainfalls mostly as well as most of Somali regions are suitable for agriculture but now there are no countrywide sectors polices and regulatory frameworks. In addition, there is a lack of training institutions and facilities to develop a new cadre of professionals.

By far the most important sector of the economy is agriculture, with livestock raising surpassing crop growing fourfold in value and earning about three-fifths of Somalia’s foreign exchange.

Agriculture in Somalia is divided into three sub-sectors. The first is nomadic pastoralism, which is practiced outside the cultivation areas. This sector, focused on raising goats, sheep, camels, and cattle, has become increasingly market-oriented. The second sector is the traditional, chiefly subsistence, agriculture practiced by small farmers.

This traditional sector takes two forms: rain-fed farming in the south and northwest, which raises sorghum, often with considerable head of livestock. The third one is export and market-oriented farming on large irrigated plantations along the lower Jubba and Shabelle rivers.

The ancient Egyptians called this region the Land of Punt, or “God’s Land,” and Somalia was said to be the source of the frankincense and myrrh mentioned in the Bible.

The presence of the Juba and Shabelle rivers and their associated broad flood plains provide the highest potential for agricultural production. Only a part of suitable agricultural land is currently utilised, thus allowing for future expansion and development where sufficient water is available to allow for sustainable expansion.

Farmers in Somalia are receptive to new ideas and practices if the information is appropriately presented. Frustration from frequent crop failures and food shortages has created a desire for alternative sustainable solutions that can prevent further erosion of livelihood security.

Existing results from pre-war agriculture research provide opportunities for production increases through, for example, the introduction of crops and varieties that have previously shown to be adapted and appropriate to Somali farmers.

There is considerable scope for increasing the productivity of land currently under cultivation, in places where crop yields are typically low.

The expansion of cultivated land may be limited by availability of irrigation water, a factor that will need to be taken into consideration to prevent the overexploitation of water reserves.

However, farming households may find it difficult to introduce new techniques or utilize new and improved inputs for fear of failure or insufficient market opportunities.

In Somalia, land has traditionally been under communal ownership even though individuals are assigned specific areas for cultivation. The consequences of the 1975 land law, massive displacement during the civil war and continued inter-clan conflicts have all created major changes in ownership.

It is expected that the return of peace and security may cause a dramatic increase of land disputed as displaced people and absentee owners strive to recover lost areas. Unless properly addressed, this can be a source of renewed fights and conflicts.

Poverty is a vicious circle from which it’s extremely difficult to emerge. Poor households have no savings or assets to use as investments in new ventures, they have no access to credit and failure may cause further indebt ness or starvation.

Lack of Agricultural Infrastructure and Inputs as well as Services.

There is also a lack of agricultural inputs and services due to lack of availability and access.

Nevertheless, the knowledge and information on up to date farming practices is very limited as well as there is lack of information about inputs, not only among farmers but also among traders and suppliers. 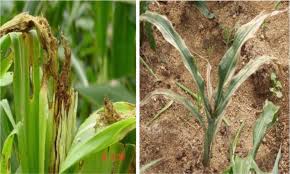 Pests and diseases are greatly affect the crop productivity as well as the conservation and storage of crop products. Some diseases may also constrain the future possibility of re-starting crop products.

In addition to that, a new disease that affects the tuber crop and that could jeopardizes the food security is hunting Somalia farms currently and this disease is called (Cassava Brown Streak Virus) and is associated with the Cassava Mosaic Disease too.

Within each of the different crops grown in there is a lack of varietal diversity and the limited choices of crops and varieties suggests that farmers are not well buffered against biotic and aboitic stresses which increase their risk to crop loss.

In addition, there is a new vegetative materials has been introduced in Somalia in the last two decades.

Therefore, Somalia has practically not benefited from the progress of crop research in the world for close to three decades.

Lack of Agricultural Research and Limited Access to Information

Finally, the changes that have been taken places in the international agricultural research agenda in recent years such as the greater focus on marginal areas like as dry lands and on markets have yet to be applied in Somalia