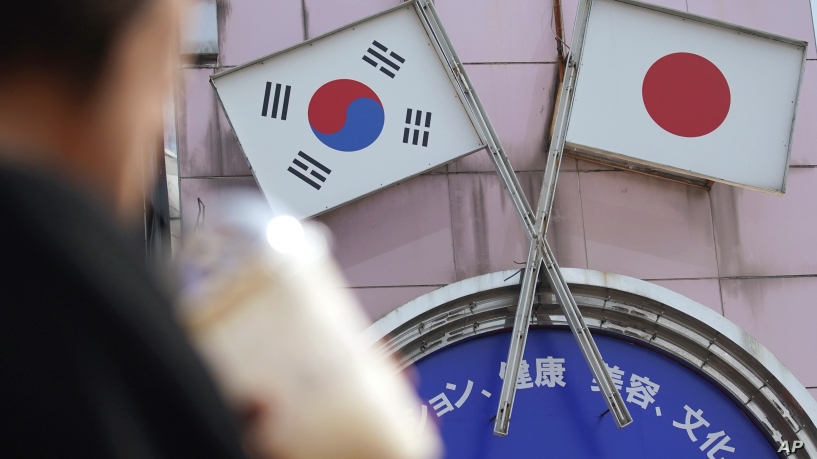 South Korea appears determined to reject calls from the United States to maintain an intelligence-sharing agreement with Japan, as relations between Seoul, Tokyo and Washington continue to experience tensions. The South Korean government has been issuing warnings since August that it will not renew the General Security of Military Information Agreement (GSOMIA), which is scheduled to lapse on Saturday. The agreement dates to 2016; it facilitates the sharing of intelligence between South Korea and Japan about North Korea’s missile and nuclear programs.

The agreement has fallen victim to an escalating tit-for-tat row between the two Asian countries, which is rotted in the use of forced Korean labor by Japan in World War II. South Korea is demanding financial compensation for the use of slave labor, including sex slaves, by Japanese occupation troops during Korea’s annexation by Japan from 1910 until 1945. In July, Tokyo responded to a mass boycott of Japanese goods by South Korean consumers by limiting the export of electronics to be used in South Korea’s ship-building industry. It also removed South Korea from the list of countries with the ability to fast-track their exports to Japan. South Korea responded last summer by threatening to effectively abandon GSOMIA.

Since that time, Washington has been pressuring Seoul to remain in the treaty. The United States is widely seen as the architect of GSOMIA, as it worked closely with Japan and South Korea for over 6 years to convince them to agree to exchange intelligence, despite their deep-rooted mutual animosity. The White House has traditionally viewed GSOMIA as a significant parameter in security cooperation between its allies in the Far East. Back in August, American officials warned that terminating GSOMIA would threaten its ability to monitor North Korean nuclear activity.

But Seoul is not willing to back down. On Thursday, the country’s Minister of Foreign Affairs, Kang Kyung-wha, said that unless there was “a change in Japan’s attitude, our position is we won’t reconsider”. Kang Gi-jung, Political Affairs Secretary to South Korean President Moon Jae-in, added that Seoul would “not wave a white flag”. Japan’s Minister of Defense, Taro Kono, urged South Korea to “make a sensible decision” and warned that Seoul, not Tokyo, would be the biggest victim of the termination of GSOMIA. Most observers expect that GSOMIA will simply expire come Saturday.