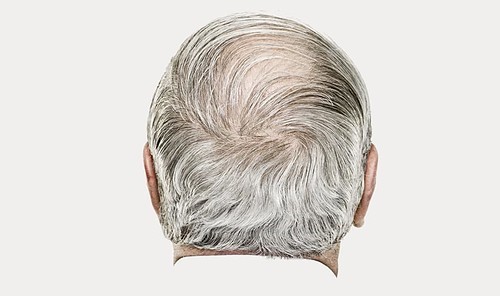 Crises can elicit compassion, but they can also evoke callousness. Since the outbreak of the coronavirus pandemic, we’ve witnessed communities coming together (even as they have sometimes been physically forced apart), and we’ve seen individuals engaging in simple acts of kindness to remind the sick and quarantined that they are not forgotten. Yet from some quarters, we’ve also seen a degree of cruelty that is truly staggering.

Each weekday evening, get an overview of the day’s biggest news, along with fascinating ideas, images, and voices.

Earlier today, a friend posted on Facebook about an experience he’d just had on the Upper West Side of Manhattan: “I heard a guy who looked to be in his 20s say that it’s not a big deal cause the elderly are gonna die anyway. Then he and his friend laughed … Maybe I’m lucky that I had awesome grandparents and maybe this guy didn’t but what is wrong with people???” Some have tried to dress up their heartlessness as generational retribution. As someone tweeted at me earlier today, “To be perfectly honest, and this is awful, but to the young, watching as the elderly over and over and over choose their own interests ahead of Climate policy kind of feels like they’re wishing us to a death they won’t have to experience. It’s a sad bit of fair play.”

Notice how the all-too-familiar rhetoric of dehumanization works: “The elderly” are bunched together as a faceless mass, all of them considered culprits and thus effectively deserving of the suffering the pandemic will inflict upon them. Lost entirely is the fact that the elderly are individual human beings, each with a distinctive face and voice, each with hopes and dreams, memories and regrets, friendships and marriages, loves lost and loves sustained. But they deserve to die—and as for us, we can just go about our business.

It is bad enough if we remain indifferent to the plight of our elders; it is far worse to dress up our failings as moral indignation.

As a rabbi and theologian watching this ethical train wreck, I find myself thinking about the biblical mandate to “honor your father and mother.” The Hebrew word usually translated as “honor,” kabed, comes from a root meaning “weight.” At the deepest level, then, the biblical command is thus to treat the elderly as weighty. Conversely, the Bible prohibits “cursing” one’s parents. The Hebrew word usually translated as “curse,” tekalel, derives from a root meaning “light.” At bottom, then, the biblical proscription is on treating the elderly lightly, as if they are inconsequential.

Why do I say “the elderly”? In its biblical context, the obligation to honor parents is a command given to grown children (as are the Ten Commandments more broadly—you don’t tell children not to commit adultery nor to covet their neighbors’ fields). When you are an adult, the Bible instructs, you must not abandon the elderly. Giving voice to a pervasive human fear, the Psalmist prays, “Do not cast me off in old age; when my strength fails, do not forsake me!”

What does it say about our society that people think of the elderly so dismissively—and moreover, that they feel no shame about expressing such thoughts publicly? I find myself wondering whether this colossal moral failure is exacerbated by the most troubled parts of our cultural and economic life. When people are measured and valued by their economic productivity, it is easy to treat people whose most economically productive days have passed as, well, worthless.

From a religious perspective, if there is one thing we ought to teach our children, it is that our worth as human beings does not depend on or derive from what we do or accomplish or produce; we are, each of us, infinitely valuable just because we are created in the image of God. We mattered before we were old enough to be economically productive, and we will go on mattering even after we cease to be economically productive.

Varied ethical and religious traditions find their own ways to affirm an elemental truth of human life: The elderly deserve our respect and, when necessary, our protection. The mark of a decent society is that it resists the temptation to spurn the defenseless. It is almost a truism that the moral fabric of a society is best measured by how it treats the vulnerable in its midst—and yet it is a lesson we never seem to tire of forgetting. “You shall rise before the aged and show deference to the old,” the Bible says—look out for them and, in the process, become more human yourself.