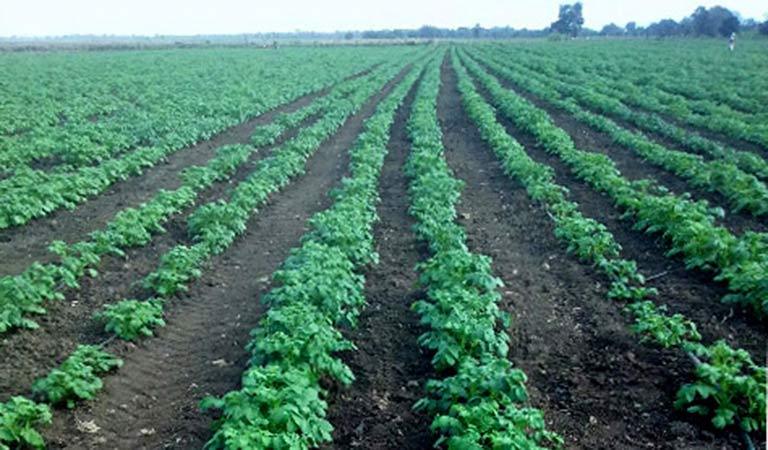 CAPE TOWN (Reuters) – Proposed changes to South Africa’s constitution to allow land to be expropriated without payment will be officially published next week, potentially setting the stage for a conflict between the government and commercial farmers and the opposition.

A worker uses a tractor to spray a field of cabbages at a farm in Eikenhof, South of Johannesburg, South Africa November 15, 2018. REUTERS/Siphiwe Sibeko/File Photo

The ruling African National Congress has pledged to accelerate land reform, a divisive issue in South Africa 25 years after the end of apartheid, when land was taken from millions among the black majority and where housing and land ownership patterns remain vastly unequal today.

Wide public support has put pressure on the ANC to follow through on seizing land but the plan has drawn criticism from commercial farmers and opposition politicians who warn it will scare off investors and potentially harm food production.

Publishing the draft bill, after a special parliamentary committee agreed on Thursday to have the bill gazetted, will give people the first chance to see the proposed changes to the constitution and then have their say.

“I have signed the necessary papers to allow them to publish the bill. We are going ahead so everything is on course,” said Mathole Motshekga, chairman of the ad-hoc committee overseeing the legislative changes.

There are three proposed changes to the text of South Africa’s Bill of Rights dealing with property, with the third, an insertion of a new paragraph saying that “national legislation must … set out specific circumstances where a court may determine that the amount of compensation is nil” proving the most problematic.

At least three opposition parties, including the largest, the Democratic Alliance, wanted this clause removed entirely or at least for the specific circumstances alluded to become part of the proposed constitutional changes.

“We should be absolutely clear under which circumstances there can be nil compensation. It should be spelt out, those conditions, and it should be in the constitution,” said Corne Mulder of the Freedom Front Plus, which represents mainly white Afrikaner voters.

The ad-hoc committee expects to finalise its process by the end of March 2020, with public input included. If the changes are adopted, it will goes to the national assembly for vote, then to the upper house and finally to the president to sign into law.