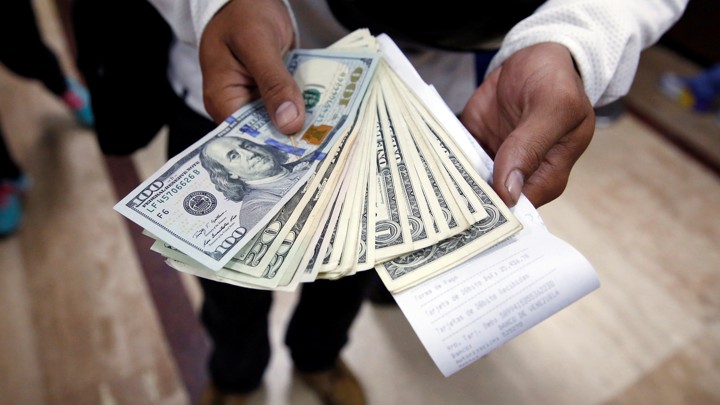 Last week, a Google spreadsheet began circulating through the inboxes of the nation’s media employees. The spreadsheet—“Real Media Salaries”—listed the self-reported salaries of anonymous editors and journalists, noted along with the outlets where they work, their years of experience, and their race, sex, and gender identity. As of this writing, “Real Media Salaries” includes the self-reported pay of more than 1,400 media employees. The unverified numbers are collated in color-coded columns, making it easy to seek out disparities, to judge whether your salary seems fair in context. At a national newspaper, two employees with the same job title and comparable years of experience reported salaries that demonstrated a pay gap of $7,000. The only discernible difference between them? The one who got paid more was a man.
The document was made in a spirit of solidarity, as a tool for mutual aid. “Talking about how much or how little money you make feels taboo, and it shouldn’t,” reads a note at the top of the spreadsheet. “Wouldn’t it be great to know how much your peers make so you can leverage a raise?” The document’s creator, 29-year-old Sarah Kobos, told The Washington Post, “The point of [the document] isn’t collective whining, it’s collective bargaining.” Her workplace, the product-review site Wirecutter, just unionized.
To me, this all sounded very familiar. Back in 2017, I devised a similar solution to a different problem. I created an anonymous Google spreadsheet called “Shitty Media Men,” with the intention of allowing women to share their experiences of sexual harassment and assault by men in the industry.

Conor Friedersdorf: A lawsuit tests the limits of anonymous speech

Of course, one major difference between the documents is that “Real Media Salaries” is comparatively uncontroversial, because it implicates only institutions, rather than specific men. Its subject matter is less sensitive. In response to the media coverage of the document, Kobos has kept her spreadsheet online, whereas attention to “Shitty Media Men” prompted me to take the spreadsheet offline.

But like the salary spreadsheet, “Shitty Media Men” was an attempt at mutual aid among employees in a volatile industry. In both cases, the documents made public information that had previously been kept private, and in both cases, industry management wasn’t happy. Since “Real Media Salaries” went viral, at least one publication has stated publicly that the payment information attributed to their employees is not accurate.

Kobos made her document in response to other, similar spreadsheets circulating in different industries, showing salaries and documenting pay disparities. The same week that her “Real Media Salaries” document went viral, another spreadsheet appeared, collecting salary data from the adjacent book-publishing field.

These documents speak to a distrust of management, a sense that if workers have a problem—insufficient pay, or a sexual harasser on staff—management won’t fix it. They expect that any boss or HR representative will be ineffectual, indifferent, or even hostile to complaints. Officially, the workers should have nothing to worry about: It is illegal for employers to fire someone for discussing pay with other employees under the 1935 National Labor Relations Act, and retaliating against a woman who reports sexual harassment is considered discrimination under Title VII of the Civil Rights Act of 1964. But just because something is illegal does not mean it is uncommon. In 2010, half of workers said they were either contractually barred or strongly discouraged from disclosing their salaries to colleagues. A 2016 report by the Equal Employment Opportunity Commission noted that, according to a 2003 study, 75 percent of those who spoke out against workplace mistreatment faced some form of retaliation.

This same disparity—between the official narrative provided by institutions and the lived truth experienced by individuals—is what makes these documents useful. Much like how the law says that retaliation for speaking out about salaries or harassment is prohibited, but experience shows that it is common, many of the stories told by these institutions are quite different from the realities encountered by the people who work there.

Officially, a magazine or another media outlet might espouse liberal views, publish feminist editorials, and employ a robust HR department. Officially, it is paying you a fair, even a generous, salary. Unofficially, it may pay its women workers less, tolerate sexual harassment, discriminate in hiring and promotion, and retaliate against those who complain. Unofficially, it may be lowballing you with your compensation because it thinks it can get you cheap. Sectorwide data are hard to come by, but a compensation study by the guild of the Los Angeles Times found that white men, on average, are paid $31,000 more a year than nonwhite women. A similar study by The Washington Post’s union found a similar figure, with an average pay gap between white men and nonwhite women of $30,000. This is why such documents are necessary: There is a sense, often backed up by considerable evidence, that what authorities tell you is not the truth, and that facts have to be found elsewhere, through unofficial channels—in whispered conversations over happy hour, for instance, or in anonymous spreadsheets shared online.

What might be lurking in these documents is not only discontent with working conditions in the media industry, but a broader crisis of authority. It is not a coincidence that these documents have emerged in an era of coordinated propaganda and “fake news,” when the president and his supporters can dismiss reporting that they do not like and when ordinary social-media users are tasked with deciphering which information is trustworthy, and which seems designed to manipulate them. While the workers who contribute to these documents have faith in their own writing and reporting, they, like others, do not trust the media institutions that employ them to tell them the whole truth. They can’t trust their bosses. They hope they can trust one anothe

Russia has joined the ‘scramble’ for Africa