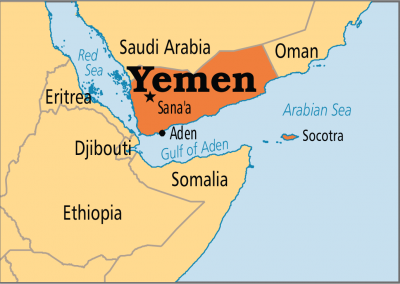 The UAE’s annexation of Yemen’s Socotra island is at the center of its colonial quest to dominate the region, both militarily and economically.

The United Arab Emirates (UAE), founded in 1971 and comprising only 1.4 million citizens, has not only been described by national security experts as the United States’ “Little Frankenstein” in the Middle East but also a wannabe colonial empire, hellbent on dominating the region, both militarily and economically.

Now boasting one of the region’s most sophisticated militaries thanks to the influx of US, Israeli, and Chinese arms, weapons platforms, and intelligence gathering systems, the UAE has inserted itself into conflicts in Yemen, Libya, and Somalia to advance its overarching geopolitical strategy—the conquest of foreign lands to extract valuable resources. When I spoke with Yemeni journalist Mohammed al-Rumim earlier this year, he said, “The UAE is no friend of Yemen. It’s interested only in colonization. It controls all the seaports and oil wells and is stealing from the people of Yemen.”

“The UAE is no friend of Yemen. It’s interested only in colonization. It controls all the seaports and oil wells and is stealing from the people of Yemen.”

t now also controls the strategic Yemeni island of Socotra, which was seized in June 2020 by UAE backed militias – known as the Southern Transitional Council (STC) – from forces aligned with Yemen’s internationally recognized government. It should not be overlooked that the UAE shamelessly supports said government in its war against the rebel Houthi militias, thus making it a “civil war within a civil war.”

Known as “the Jewel of the Gulf of Aden,” Socotra is located off the Horn of Africa, overlooking the Bab el-Mandeb Strait, which connects the Red Sea to both the Gulf of Aden and Arabian Sea. The Emirate Crown Prince Mohammed Bin Zayed (MbZ) seeks “full control of the archipelago’s air and sea domains, seizing its natural resources, and transferring the necessary plants, minerals and precious stones to Abu Dhabi,” according to Mukhtar al-Rahbi, the adviser to the Minister of Information in Yemen’s internationally recognized government.

Last month, the UAE sent another tranche of weapons and military equipment to the island in what constitutes a clear violation of the Riyadh Agreement. For the accord, the UAE and its STC forces had agreed to rescind their demand for self-rule in Yemen and implement a power-sharing deal brokered by Saudi Arabia in November 2020.