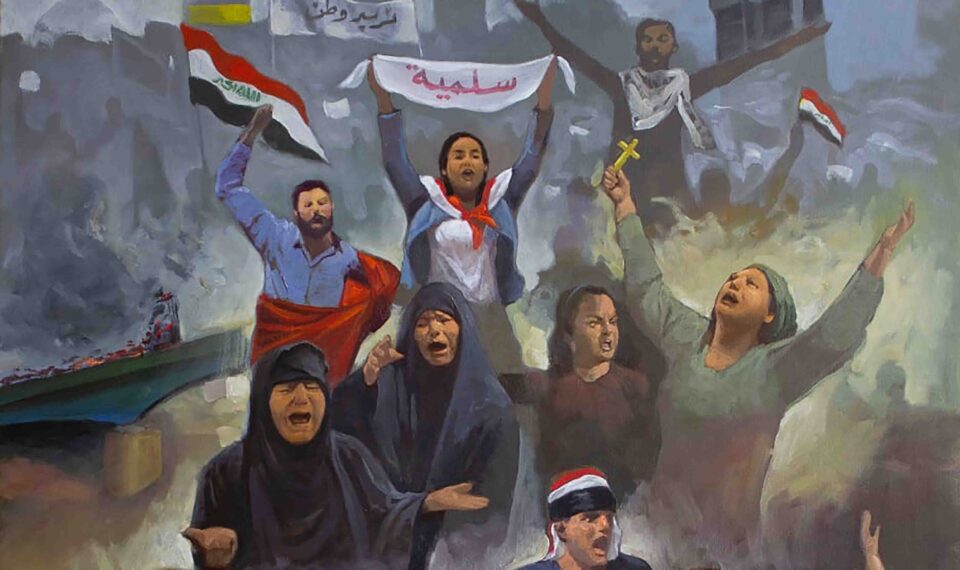 In a scathing new report, the Committee to Protect Journalists ranks Egypt as the worst jailer of journalists in the Middle East. This comes along with a recent UN Human Rights Council meeting where 30 countries signed a statement demanding an end to human rights violations in Egypt.

At least 27 journalists are currently imprisoned under the government of President Abdel Fattah al-Sisi in Egypt. According to a revealing report from the Committee to Protect Journalists (CPJ), “using vague terrorism and false news charges were part of the government censorship strategy since President al-Sisi came to power and it remained till today.” CPJ ranks Egypt as the top jailer of journalist in the Middle East—placing it at third in the world after China and Turkey.

In an interview with Inside Arabia, CPJ’s MENA Program Coordinator, Sherif Mansour, said: “This is the worst time to be a journalist in Egypt’s modern history. Wave after wave, the government rolled back the fear barrier and criminalized legitimate and independent journalism thanks in part to scant criticism from the US and Western allies.”

During a UN Human Rights Council (UNHRC) meeting on March 12, the United States –which has observer status at the Council – joined 30 signatories in a statement demanding, for the first time since 2014, an end to human rights violations in Egypt.

It exposes the Egyptian government’s restriction of freedom of expression, the right to peaceful assembly, and a sanctioned arena for civil society and political opposition.

“The Egyptian government decided that [it has two enemies]: the Islamists and the secularists who are espousing liberal democratic system of government.”

To Said Sadek, Professor of Political Sociology at the American University in Cairo, those violations are deliberate and have gone unchallenged for years. “The Egyptian government decided that [it has two enemies]: the Islamists and the secularists who are espousing liberal democratic system of government,” Sadek told Inside Arabia. “The regime got a green light and support from regional and international power to continue a policy of oppression after 2013 that continued under the Trump administration. It continued under regional and EU support.”

Egypt’s government furiously rushed to condemn the UNHRC statement. The Foreign Ministry called the rebuke inaccurate and incomplete. Egypt’s Foreign Minister, Sameh Shoukri, claimed the statement was baseless and said it ignored the country’s positive achievements. “They focus on political aspects only, intentionally ignoring the economic and social dimensions of human rights,” he said.

Meanwhile, Egyptian representative to UNHRC, Ambassador Ahmed Jamal Bahaa El-Din, was instructed to disrupt the Geneva meeting to convey Cairo’s response to the statement. In his remarks, Bahaa El-Din claimed the signatories had no right to assess the human rights situation in Egypt, calling it a double standard. “Finland, Sweden, Denmark, Iceland and Norway are described as the most respectful of human rights, yet as soon as refugees arrived to these countries, they had their properties confiscated and were met with racist tweets against Africans and Muslims from their politicians,” he said.

Bahaa El-Din blasted the signatories for what he described as the treatment of non-white peoples as second-class citizens. “Countries such as Germany, Ireland, Austria, France, Belgium and the Netherlands always call for freedom of expression and peaceful demonstrations outside their countries, but when protests happen in their counties, they are immediately shut down by force and unjustified violence,” he added.

Sadek pointed out that Egypt’s reaction failed to address any alleged progress it has made to improve its dismal human rights record. “Instead of responding to the criticism and explaining why the Egyptian authorities have continued this oppression of the secular liberals, it resorted to a desperate response attacking the 30 countries who signed this resolution and why they did it. And so, it avoided the real issue,” he said.

Egypt’s parliament issued a statement in which it asserted the UNHRC communique was full of inaccurate claims and wasn’t representative of the reality inside the country.

Egypt’s parliament also issued a statement in which it asserted the UNHRC communique was full of inaccurate claims and wasn’t representative of the reality inside the country. The Egyptian Publishers Association condemned the statement as well, calling it a blatant and unacceptable interference in the country’s internal affairs, though it failed to mention Egypt’s efforts in adhering to international human rights standards.

Egypt’s rejection of this international criticism has attracted critique from opposition politicians like former Vice President Mohamed ElBaradei. “I had hoped that the response to the human rights statement would be that we have real problems and are working to solve them instead of the canned response since the sixties that the statement is politicized and we are okay,” ElBaradei tweeted. “Facing reality is the path to reform, beginning with the release of prisoners of conscience, and ending with the much-needed foreign direct investment.”

Countries as major as Germany and France signed the UN statement, even though the Egyptian government has spent billions of dollars on arms purchases from the West to buy support for Sisi’s legitimacy.

Several of the statement’s signatories, including the US, have economic and trade ties with Egypt, including arms deals. They also rely on Egypt for strategic relations and coordination in the region, making it not entirely surprising that despite its strong words, the statement has yet to progress to action. According to Mansour, “We have heard very similar messages about prioritizing human rights and press freedom in Egypt. We hope the rhetoric will be joined by real action to put US leverage in the relationship with Egypt to reverse Egyptian authorities use of abusive pretrial detention.”

“We hope the rhetoric will be joined by real action to put US leverage in the relationship with Egypt to reverse Egyptian authorities use of abusive pretrial detention.”

President Biden has pledged no more blank checks to Trump’s “favorite dictator,” a reference to President Sisi. But whether Biden’s stance will impact American policy toward Egypt remains to be seen.

Sadek expects business as usual. “Even with this statement coming from the United Nations, this was not translated by any of those countries into a particular policy constraint or punishment or sanctions in any way. So I don’t think that what President Biden is saying is going to be translated into anything,” he said.

“And this is the trouble. . . . This is a message to those regimes who feel that they can get away with whatever they want because they won’t get anything from Washington except more rhetoric, criticism—but it is not translated into any action,” Sadek added.

Sarah Leah Whitson, Executive Director of Democracy for the Arab World Now, offers a more simple and direct approach, which would be “ending US military support to Egypt,” a dictatorship that she says is “highly abusive, highly repressive, and highly dangerous to stability in the Middle East.”

“There may well be strategic counterterrorism cooperation, for example, that is in the interests of America and is in the interest of Egypt and that we might continue,” Whitson added. “That is a quite different proposition from providing over a billion dollars in military aid to this abusive government that goes far beyond any kind of strategic cooperation.”