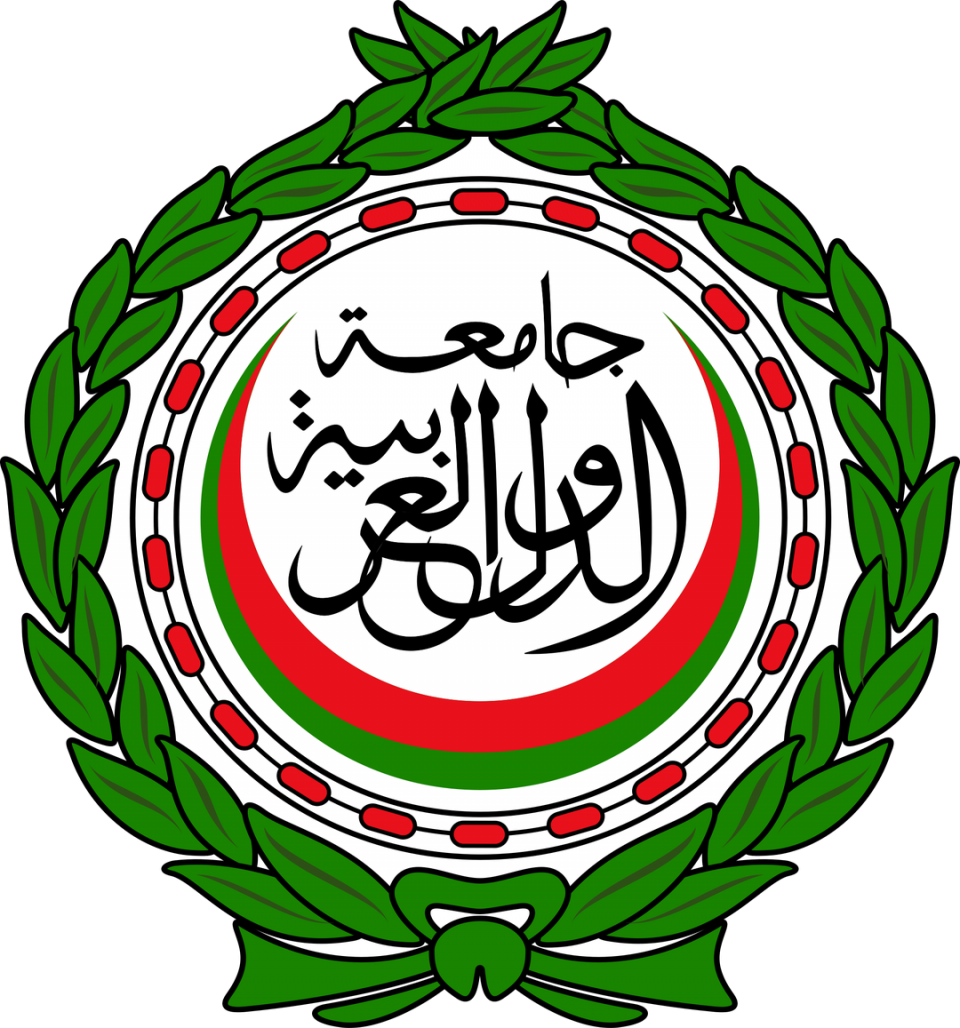 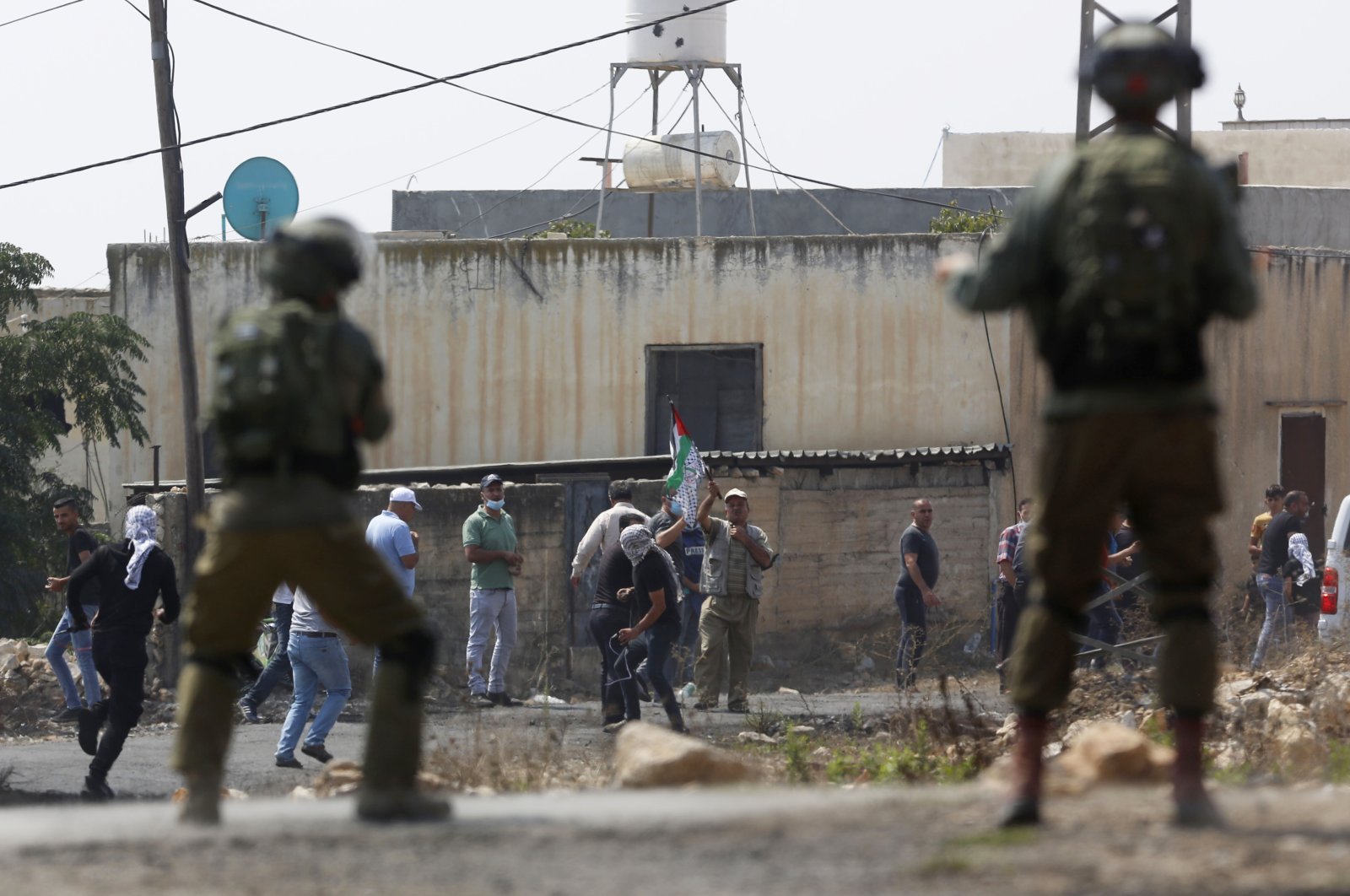 The Palestinian Authority failed recently to get the Arab League’s foreign ministers to endorse a resolution criticizing the U.S.-brokered normalization deal between Israel and the United Arab Emirates (UAE) that took place last month.

Instead, the Arab League agreed to include an emphasis in the final communique on a commitment to the 2002 Arab Peace Initiative, the two-state solution and the land-for-peace principle.

“Discussions regarding this point were serious. It was comprehensive and took some time. But it did not lead in the end to an agreement about the draft communique that was proposed by the Palestinian side,” Arab League Assistant Secretary-General Hossam Zaki said.

Palestinians were dismayed by the UAE’s last move, fearing it would weaken a longstanding pan-Arab position that calls for Israel’s withdrawal from occupied territory and acceptance of Palestinian statehood in return for normalized relations with Arab countries.

Founded in March 1945, the Arab League is an umbrella organization comprising 22 Middle Eastern and African countries, whose broad mission is to improve coordination among its members on matters of common interest.

The league was chartered in response to concerns about postwar colonial divisions of territory as well as strong opposition to the establishment of a Jewish state on Palestinian land, but it has long been criticized for disunity and poor governance.

In the past, the organization played a significant diplomatic role in the push for Palestinian statehood at the United Nations and its founding charter even has an annex on the issue of Palestine, affirming Palestinian independence and stating that “even though the outward signs of this independence have remained veiled as a result of force majeure,” an Arab delegate from Palestine should “participate in (the League’s) work until this country enjoys actual independence.”

In 1948, five nations from the newly formed regional body took up arms against the state of Israel following its declaration of independence. The conflict marked the first major action by the league and the first of several bloody conflicts between Arab and Israeli forces over the future of Palestine.

The resulting Arab defeat, known as the “Nakba” (or “catastrophe”), was a defining moment. In his 1988 book, “Palestine and the Arab-Israeli Conflict,” Charles D. Smith wrote: “Many, especially of the younger generation, saw Israel’s existence as symbolic of Arab humiliation at the hands of a superior power relying on the Western technology that they were denied. Here, there existed a desire for revenge coupled with the fear of Israeli military might and possible future expansion.”

The Palestinian issue has long been a catalyst for collective Arab action, and the league emphasized its importance in 1964 with the establishment of the Palestinian Liberation Order (PLO), whose charter states that: “The liberation of Palestine from an Arab viewpoint, is a national duty.”

Following another significant defeat for Arab armies by the Israelis in the Six-Day War of 1967, which resulted in the Israeli occupation of the remnants of Arab Palestine, the league issued the Khartoum Resolution, its famous third paragraph that became known as the Three Nos’’: “No peace with Israel; No recognition of Israel; No negotiations with it.”

The Arab League has maintained an official boycott of Israeli goods and companies since 1948. The boycott was administered by the Damascus based Central Boycott Office, a specialized bureau of the Arab League.

Since the boycott was occasionally applied and arguably enforced, its impact, measured by capital or revenue denied to Israel by companies adhering to the boycott, was difficult to measure.

The effect of the primary boycott appeared limited since intraregional trade and investment were small. Enforcement of the secondary and tertiary boycotts has decreased over time, reducing their effectiveness, while the boycott did not have an extensive effect on the Israeli economy.

Over the years, policies toward the Jewish nation did not develop consistently as relations between member states have been shaped by factors including individual territorial ambitions and inter-Arab rivalries.

The decision by Egyptian President Anwar Sadat to open unilateral peace negotiations with Israel in 1979 further underscored Arab divisions resulting in the suspension of Egypt from the Arab League (to be readmitted in 1989).

The Arab League continued to struggle with disunity and dysfunction, and many critics questioned whether the organization had relevance in its ongoing form, though it achieved important consensus over the Saudi-sponsored Arab Peace Initiative (API) in 2002, a proposal for the Arab world to fully recognize the state of Israel in exchange for Israel’s withdrawal to the June 4, 1967 lines, allowing the establishment of a Palestinian state with east Jerusalem as its capital and to come to a just and agreed solution over the issue of Palestinian refugees.

The Arab revolts throughout the Middle East and North Africa that began in 2011 offered the league a historic opportunity to redefine itself, but unfortunately, it failed.

When U.S. President Donald Trump decided to recognize Jerusalem as Israel’s capital and announced that the U.S. Embassy would relocate from Tel Aviv to Jerusalem, the league released a two-page resolution after diplomats of the 22 Arab states gathered in Egypt. The group “condemned” Trump’s stance and called it a “grave development”.

The league stopped short of calling for consequences for the U.S., despite some members calling for an embargo on U.S. imports and the downgrading of ties with Washington.

As Palestinians look for Jerusalem as their future capital, the league’s resolution, which also calls for U.N. Security Council (UNSC) action on Trump’s decision, did not match up to the outrage visible in the streets of occupied West Bank, the blockaded enclave of Gaza and in protests elsewhere in the world.

Immediately after the resolution was made public, Turkey called on the alliance of Muslim states to do more than condemn the U.S. stance, while Iraq’s foreign minister Ibrahim al Jaafari warned that the resolution did not match the gravity of the situation.

In February 2020, the league denounced the Middle East peace plan put forth by the Trump administration, saying it did not “meet the minimum rights and aspirations of Palestinian people.” Yet, several league members appeared to tacitly support the plan: ambassadors from Bahrain, Oman and the UAE attended the plan’s unveiling, and leaders from Egypt and Saudi Arabia commended Trump’s efforts.

In the past, every action taken by the league has been concerned with external political matters which demanded only verbal representations, and in no case have the internal problems of any state or of the whole league been seriously tackled.

Today the chief weaknesses of the Arab states and their league come from internal dissent and dependence on the U.S. and its allies. Both factors are illustrated in Arab public opinion, which thinks of the Arab League as nothing but a tool in the hands of foreign powers, the ideals that the league was originally created to uphold having died long ago.

The league’s meeting on the UAE last September should have heralded a call for an immediate end to all diplomatic ties with Israel and with any Arab country maintaining contacts with Tel Aviv, openly or secretly, as well as a resolution offering “a clear future strategy” to help Palestinians struggling for their existence in the most critical juncture of the Palestinian cause.

The sad reality is that Arab countries have no real intentions of upsetting the current alliance with the Trump administration as these countries operate on the basis of self-serving agenda and neither Jerusalem nor Palestine are essential issues for them anymore.