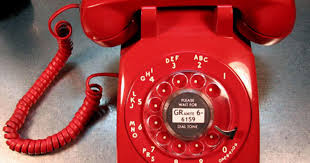 Associated Press journalists in Yerushalayim and Dubai were able to call each other from both landline and cellular phones.

Officials in Israel and the UAE did not immediately acknowledge the lines had begun working. They declined to immediately answer questions from the AP.

In the UAE, a federation of seven sheikhdoms on the Arabian Peninsula, a recorded message in Arabic and English would play saying calls to the +972 country code could not be connected. The advent of internet calling allowed people to get around the ban, though these too were often interrupted. Some in Israel used Palestinian mobile phone numbers, which the UAE could call.

Also Sunday, Israeli news websites that had previously been blocked by UAE authorities could be accessed without using means to bypass internet filtering in the Emirates.

The connection of phone service represents the first concrete sign of the deal between the Emiratis and Israelis.

Israel and the United Arab Emirates announced Thursday that they are establishing full diplomatic relations in a U.S.-brokered deal that required Israel to halt its contentious plan to annex Jewish communities in Yehudah and Shomron.

The historic deal delivered a key foreign policy victory to President Donald Trump as he seeks re-election and reflected a changing Middle East in which shared concerns about archenemy Iran have largely overtaken traditional Arab support for the Palestinians.