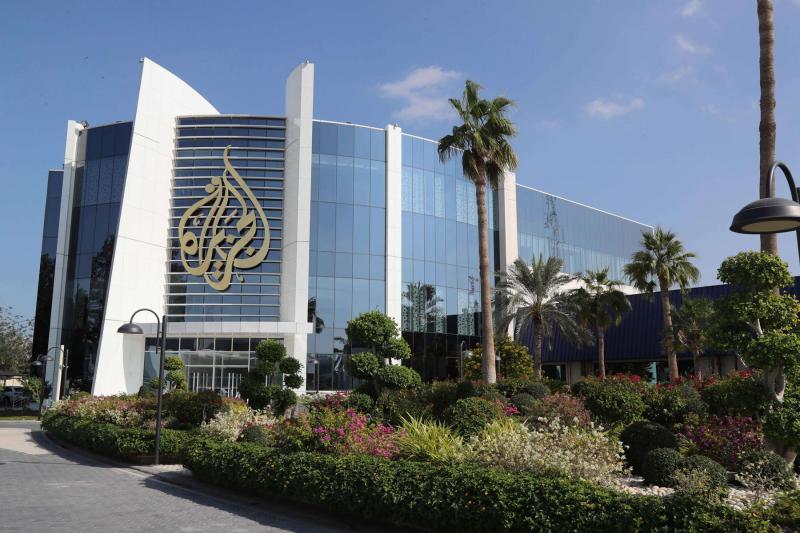 Diplomats say the Qatar-funded TV network has toned down its coverage of Saudi Arabia as it inched ahead towards reconciliation, but left the rest of its Gulf coverage largely unchanged.
Friday 19/03/2021

MANAMA–Recent TV broadcasts out of Doha and Manama have reflected mounting tensions between the two Gulf countries despite the reconciliation agreement reached last January during Al Ula summit in Saudi Arabia.

The Bahrain TV report reviewed a number of factors which it said reflected the targeting of Manama. It said “Every time Al Jazeera uses its media platform to target Bahrain, the nation unites with all its civil and official institutions to confront the channel’s schemes. Al Jazeera, with the support of its sponsors, is opening its doors to every disgruntled soul and outlaw figure, becoming eventually a burden on the Qatari citizen.”

The report added, “The Qatari Al Jazeera TV channel launched its operations in the Arab world by billing itself  as ‘the platform for those without a platform’. With this slogan, all dissonant voices found in Al Jazeera a platform for themselves to spread their messages of incitement and hate, sowing discord in Gulf and Arab countries. Among the channel’s programmes, there were hundreds of reports that systematically targeted Bahrain.”

Bahraini officials have drawn their conclusions about Qatar’s political intentions. The official Bahrain News Agency (BNA) quoted Bahraini Minister of Information Ali bin Muhammad al-Rumaihi as saying, “The TV programme broadcast by the Qatari Al Jazeera channel contradicts all the principles stipulated in Al-Ula Agreement and announced by the Qatari Minister of Foreign Affairs himself after the GCC summit.”

The principles set out in Al-Ula Agreement include non-interference in other states’ internal affairs, security cooperation, respect for GCC states’ sovereignty and a commitment to combat terrorism and extremist organisations.

Rumaihi explained that a programme, entitled “Out of Text” broadcast by Al Jazeera “included an unknown guest who has no political or social presence in Bahrain or the region. All we know about him is that he is on the list of persons wanted by security forces. We also know that this person, who has links with foreign parties, has been involved in incitement against the regime, violence and terrorism.”

The Bahraini minister noted that the programme also “discussed a book that does not exist in any local, Arab or international library. This book, which apparently includes direct and explicit incitement against Bahrain and questions the country’s security and judicial authorities. All of this raises many questions about the content and timing of the programme.”

On Wednesday, Bahrain’s ministry of foreign affairs confirmed that it had sent a protest note to the Qatar foreign ministry strongly condemning Al Jazeera’s the “Out of Text” broadcast alleging it contained interviewees hired to make false allegations.

“Qatar and all Gulf and Arab countries know that these instigators receive their orders from foreign parties hostile to the Kingdom of Bahrain and the Gulf Cooperation Council countries. They wish the region no good and they represent a threat to peace and stability,” the ministry said, noting that Al Jazeera TV programme was inconsistent with the spirit and principles of Al-Ula Summit Declaration.

Issa al-Arabi, President of the Arab Union for Human Rights, said that “programmes, news and media material circulated by Al Jazeera aim at undermining national and regional security in many Arab countries.”

He said that his organisation is about to release its report on the violations of Al Jazeera, through what it broadcasts and prints.

Arabi said much of the channel’s material violates national, regional and international laws, especially Qatari Law No. 1 of 1996 according to which Al Jazeera channel was created.

This law, Arabi said, states the State of Qatar is primarily responsible for the channel.

According to its provisions, in addition to the laws and legislations of the countries of the Gulf Cooperation Council (GCC) and the League of Arab States, Al Jazeera could be held accountable for any activities or actions that threaten the national and regional security of GCC member states.

The channel is chiefly responsible but the state of Qatar could also be held accountable in view of its obligations  under laws, charters and regional commitments.

Observers say Al Jazeera is adopting an approach that challenges the Al-Ula agreement, in dicating that Qatar is once again turning its back on reconciliation.

Thousands of Saudi Twitter users recently expressed their anger at Al Jazeera’s coverage of the developments in Yemen, with the channel keeping mum on Houthi terrorist attacks against civilians in Saudi Arabia while offering a platform for militia leaders to express their views.

The crisis escalated with the appearance of Houthi leader Muhammad al-Bukhaiti on Al Jazeera to threaten Saudi Arabia.

Bukhaiti’s appearance on the channel was widely considered as yet another breach of Al-Ula agreement, which stipulated respect for the principles of good neighbourliness.

Last January, just one day after the end of the Gulf summit, Al Jazeera targeted the United Arab Emirates by re-broadcasting a programme that included offensive allegations. The Qatari channel shared the programme on its social media platform before deleting it later.

Egypt, the UAE, Bahrain and Saudi Arabia severed relations with Qatar in mid-2017 over accusations that Doha supports terrorism – a broad allusion to Islamist movements, a charge that it denies.

The four Arab states had demanded Qatar shut a Turkish military base, close the freewheeling Al Jazeera news channel, cut links to the Muslim Brotherhood and downgrade relations with Iran. Doha has said it will do none of that.

In January, heeding outgoing US President Donald Trump’s wish to re-establish a united Arab front against Iran and keen to impress new President Joe Biden, Saudi Arabia declared an end to the boycott of Qatar and said its three allies were on board.

Yet, high on the agenda in all bilateral talks is Al Jazeera’s coverage of Middle East politics as well as general social media activity in Qatar, both regarded by the four as inflammatory.

Diplomats say the Qatar-funded TV network has toned down its coverage of Saudi Arabia as it inched ahead towards reconciliation, but left the rest of its Gulf coverage largely unchanged.

For sake of justice, U.S. must reset its navigation of Nile file