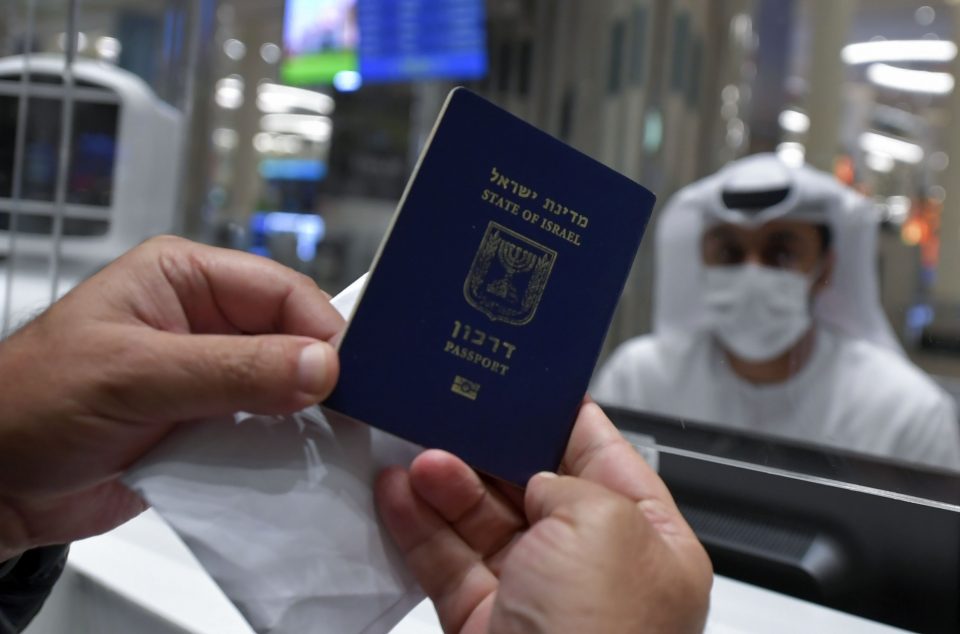 Saudi Arabia has relaxed its entry rules for Israeli businesspeople, and trade is burgeoning.

30 May, 2022 9:48
Danny Zaken
After lifting the ban on Israelis in its territory, dozens of businesspersons with Israeli passports have landed in Saudi Arabia. Their goal: take advantage of warming relations between the countries to advance bilateral economic agreements. These visits have resulted in two multimillion-dollar desert agriculture deals, in addition to a medical equipment contract. Danny Zaken The United States is mediating between Israel, Saudi Arabia and Egypt towards normalization of relations. On the agenda is also the issue of completing the transfer of Red Sea islands Tiran and Sanafir to Saudi sovereignty. But normalization with Saudi Arabia, even if not officially announced, is already almost here. This is reflected in large recently signed deals, visits by businesspeople with Israeli passports on special visas to Saudi Arabia, and advanced contacts for investment in Israel by Saudi businesspeople and investment funds.

“For over twenty years we’ve had an indirect connection with Saudi Arabia, but I don’t recall ever seeing a boom like the one we’ve had in recent months,” a source familiar with the matter told “Globes”. Those commercial ties were behind the scenes, mostly through companies registered in Europe or other countries, and the deals – in sectors ranging from civilian to security – were signed in those countries.

“Globes” has learned that, for months, Saudi Arabia has been permitting Israeli businesspeople – mainly representatives and managers of Israeli technology companies invited by the Saudis – to enter its territory on Israeli passports with special entry visas. The change that has taken place in recent months is the lifting of the blanket ban that had been in place, and easing of the special visa issue process.

Dozens of businesspeople have taken advantage of this opportunity and visited Riyadh, the economic center of Saudi Arabia, and also other places like Neom – the city of the future being built not far from the Red Sea coast. Former prime minister Benjamin Netanyahu also visited this city, and according to reports, met Crown Prince Mohammed bin Salman in November 2020, a meeting also attended by then-US secretary of state Mike Pompeo.

These visits have spawned quite a few deals, including two desert agriculture deals worth millions of dollars. According to an informed source, these projects make use of Israeli water technology, essential for the Saudi Arabian desert climate, in combination with other Israeli agricultural technologies. These two technologies are being monitored closely by the monarchy, with the goal of expanding them as part of Saudi Arabi’s efforts to achieve food security and self-sufficiency.

These projects have significance for the entire Middle East, as they also demonstrate to other countries in the region Israel’s ability to assist in areas especially important to countries suffering from food shortages.

Israeli businesspeople and agritech specialists insiders are not surprised by the Saudi investment. “Other than a direct diplomatic connection – and direct bank transfers – we have everything we need between the countries to sustain a business connection, sign deals, and transfer goods and know-how,” one Israeli businessman tells “Globes”.

An unstoppable interest in startups

“Globes” has learned that, as part of this recent activity, other deals have been signed in agriculture and civilian technology sectors like medical devices (medtech). In addition, there is a growing interest in investing not only in startups but also in proven Israeli products. Those same sources estimate that these transactions are close to being signed, and will precede the institutional investments to be made through the Saudi Public Investment Fund (the sovereign wealth fund).

Dr. Nirit Ofir, CEO Chamber of Commerce and Industry Israel-GCC (Gulf Cooperation Council), says that “the interesting thing is that it’s the private sector, on both sides, pulling things forward rapidly.” She adds, “Businesspeople are not limited by diplomatic issues, and when personal interests and business interests come together – they move ahead.” She emphasizes that, unlike with the UAE, the transactions are between businesspeople in the private commercial sector, and not between the two states.

Another confirmation of Israeli activity in Saudi Arabia comes from Riyadh. An informed source, a senior Saudi official, told “Globes” that the number of entry visas applications for Israelis filed by Saudi businesspeople was growing, as was the rapid rise in interest and thirst for information about Israeli technologies. The source adds that meetings between businesspeople from the two sides are also taking place in Dubai and Abu Dhabi in the UAE, as well as in Manama, the capital of Bahrain.

“The government here sees the possibilities inherent in this activity, which suits the plans and major reforms promoted by the Crown Prince.”

Security and intelligence ties are important to the two countries, mainly because of the common enemy: Iran. A number of reports have indicated sales taking place of Israeli security systems to Saudi Arabia. This shared concern has created the common ground needed in other areas, and has also given Israel a far greater geopolitical influence than in the past. This is evidenced by the US’s recent attempts to recruit Israel to help persuade Saudi Arabia to increase oil production, in the face of the global shortage of energy resources created by Russia’s invasion of Ukraine.

The Saudis, who have been disappointed by the US several times in recent years, did not readily agree. This week, two of US President Joe Biden’s advisers arrived in Saudi Arabia to advance the matter. These talks – according to US sources – will also raise the matter of promoting economic and trade relations with Israel.

Officially, Saudi Arabia is wary of public ties with Israel. The Saudis make clear at every opportunity that progress with Israel will come only after progress with the Palestinians. Saudi Foreign Minister Prince Faisal bin Farhan reiterated this week, “The integration of Israel in the region will be a huge benefit not only for Israel but for the entire region. But without addressing the core problems of the Palestinian people and granting respect and sovereignty to the Palestinian people through the establishment of a Palestinian state, the instability and threats to Israel’s security and the entire region’s security, will continue.”

Unofficially, however, the Saudis, as expressed on social media, blame the Palestinians as well. Pictures of stones, Molotov cocktails and other improvised weapons brought by young Palestinians into the Al-Aqsa Mosque in Jerusalem sparked massive outrage in Saudi Arabia. The diplomatic shift vis-à-vis Israel will probably take place only after the official transfer of power from King Salman to his son Mohammed. But economic change is already here, and the pace is picking up.

Saudi Arabia’s ongoing confrontation with Iran, both over the nuclear issue (especially in the period of the 2015 Iran nuclear agreement) and the civil war in Yemen, has led to further understandings between Saudi Arabia and Israel, this time in security and intelligence. The gathering momentum in civil relations came in the wake of the Abraham Accords, signed by former prime minister Benjamin Netanyahu with Saudi Arabia’s neighbors: the United Arab Emirates and Bahrain. The largely positive way in which this agreement was received by Saudi public opinion, plus its economic and other benefits, paved the way for these ties to be expanded. For example, the Saudi’s tacit agreement was expressed through the allowing planes flying to and from Israel to fly over Saudi territory, on routes between Israel and the Emirates and Bahrain, and also to the Far East.

A significant step, taken in recent weeks, towards normalizing the relationship and allowing it to emerge from the shadows was report in the “Wall Street Journal” about a $2 billion Saudi investment in the private equity fund set up by Jared Kushner, son-in-law of former US president Donald Trump. The $3 billion fund targets investment in Israeli advanced technology companies.

This is not the first time that Saudi Arabia has invested in Israeli companies: via the investment fund of another former Trump administration official, Steven Mnuchin, the kingdom is investing in Israeli start-ups operating in the US that have agreements with the US defense establishment, including cyber companies Zimperium and Cybereason. But the investment in Kushner’s fund comes from the Saudi Public Investment Fund, with the direct approval of Mohammed bin Salman, the kingdom’s regent and strong man.