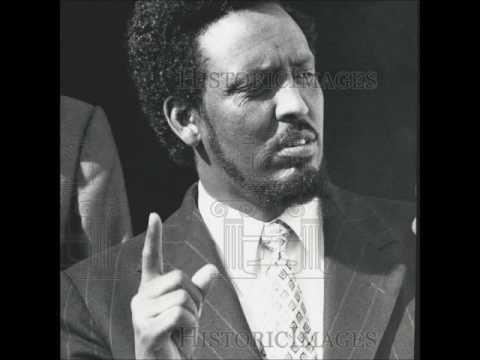 Ghalib, who served Somalia for four decades as an educator, civil servant, diplomat and politician, died in Hargeisa, the capital of the self-declared Republic of Somaliland.President Mohamed Abdullahi Farmaajo sent his condolences to the family and the citizens of Somalia.Three weeks ago, Ghalib’s son Mohamed Omar Arte, a former deputy prime minister in the federal government of Somalia (2015-2017), resigned from the membership of the Lower House of Somalia’s parliament to be at his ailing father’s bedside.

Ghalib’s death follows that of Nur Adde, another of Somalia’s Prime Ministers who died in London in April this year from Covid-19. Adde was premier from November2007 to February 2009.

Ghalib started his career in education and was a principal in a number of schools in the former British Somaliland Protectorate.

When British Somaliland and Italian Somalia gained independence and formed the Somali Republic, Ghalib joined the foreign service at the new capital Mogadishu.

Ghalib rose through the diplomatic service until he became the Somali Ambassador in Ethiopia in the mid-1960s.

During the civilian government, Ghalib contested in the last multiparty election, winning a seat at the then 123-member National Assembly in 1969.

But, after General Siad Barre overthrew the civilian government and abolished the national constitution, Ghalib was one of the technocrats chosen to serve in the executive branch of the so-called revolutionary regime.

He was Somalia’s Secretary of State for Foreign Affairs in 1969 until 1977 when he was moved to the Ministry of Higher Education.

During his tenure as Secretary of State for Foreign Affairs, he expanded Somalia’s influence across Africa and beyond. He is remembered to have presided over the on February 14, 1974 ceremony in Cairo, Egypt, that marked the admission of Somalia into the Arab League.

In 1982, Ghalib was detained along with six other top government officials for opposing draconian measures taken by Siad Barre.

In 1989, he was among three detainees sentenced to death, but the verdict was reversed following international and local pressure.