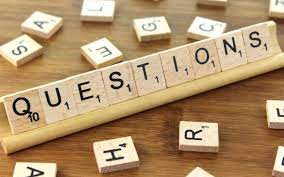 Reading Ngaio Marsh’s Scales of Justice I realized that the word, “impertinence” has gone out of use.  Indeed, what was once an outrage is now so common that no one recognizes it as impertinence.  Impertinence has become accepted routine behavior and is no longer recognized when it occurs.

The phenomena of impertinence requires a polite, somewhat formal society in which privacy, self-control, and respect for others are requirements.

Gentlemen don’t read other gentlemen’s mail.  Tell that to the NSA, CIA, FBI, Google, and all corporations who spy on Internet usage.

In England prior to 1950 it was impertinence for a male to go too far in his compliments to a woman.  When I was a student at Oxford University in the 1960s, it was an impertinence to telephone a person to whom you had not been introduced.  Today we live with constant telephone intrusions from telemarketers, robots, and scam artists.  A society in which impertinence is understood no longer exists.

Another concept that has disappeared from use is ladies and gentlemen.  This term implies distinctions among people and cannot survive in a time when even gender differences are denied.  The ultimate impertinence would have been a male declaring himself a women and competing in women’s sports.

We see the extermination of Western civilization in its politics. In America the fight between Democrats and Republicans is settled by which side’s lies are most convincing to the voters.

Shame has lost its meaning.

A recent Republican fundraiser asks if we “believe that Democrats in Congress are tough enough to stand up to China and Russia?”

How is this question possible with the Biden regime threatening war with China, declaring its commitment to Russia’s defeat in Ukraine, pumping into Ukraine $40 billion, heavy weapons, diplomatic support, sanctions on Russia?

The disrespect for the Constitution is bi-partisan.  It was the George W. Bush regime that declared the power to suspend habeas corpus and hold citizens indefinitely without due process.

It was the Obama regime that declared the president’s ability to execute citizens on suspicion alone without due process.

It is the Democrats who discriminate against white males, declare white people “racists,” impose censorship, and attack the 2nd Amendment.  Law schools dissolve the Constitution into an ever-changing “living document” changed at will by judges and law professors.

Western civilization has been replaced by a rootless tower of babel, a structure without strength.  The question Republicans and Democrats should be asking is how can a civilization as weak as the West go to war against Russia and China?

Dr. Paul Craig Roberts writes on his blog site, PCR Institute for Political Economy, where this article was originally published.

A Tribute to Abdullahi Mohamed Shirwa