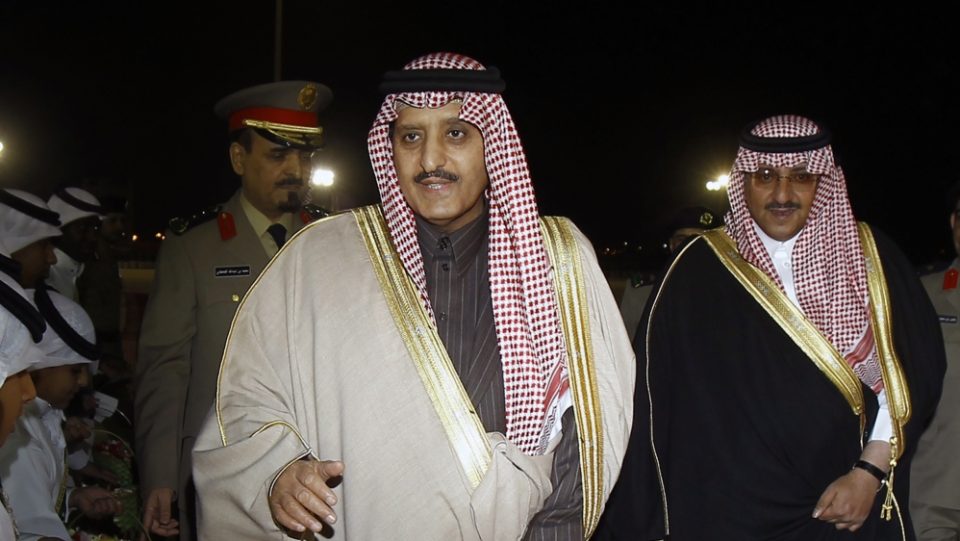 07-3-2020
Saudi Arabia has detained two senior members of the royal family – Prince Ahmed bin Abdulaziz, the younger brother of King Salman, and Mohammed bin Nayef, the king’s nephew, according to reports citing sources with knowledge of the matter.

Crown Prince Mohammed bin Salman, King Salman’s son and the de facto ruler of the kingdom, has moved to consolidate power since replacing his cousin, Mohammed bin Nayef, as heir to the throne in 2017. He arrested several royals in an anti-corruption campaign later that year.

Prince Mohammed, also known as MBS, has fuelled resentment among some prominent branches of the ruling family by tightening his grip on power and some question his ability to lead following the 2018 murder of prominent journalist Jamal Khashoggi by Saudi agents and a major attack on Saudi oil infrastructure last year, sources have told Reuters news agency. 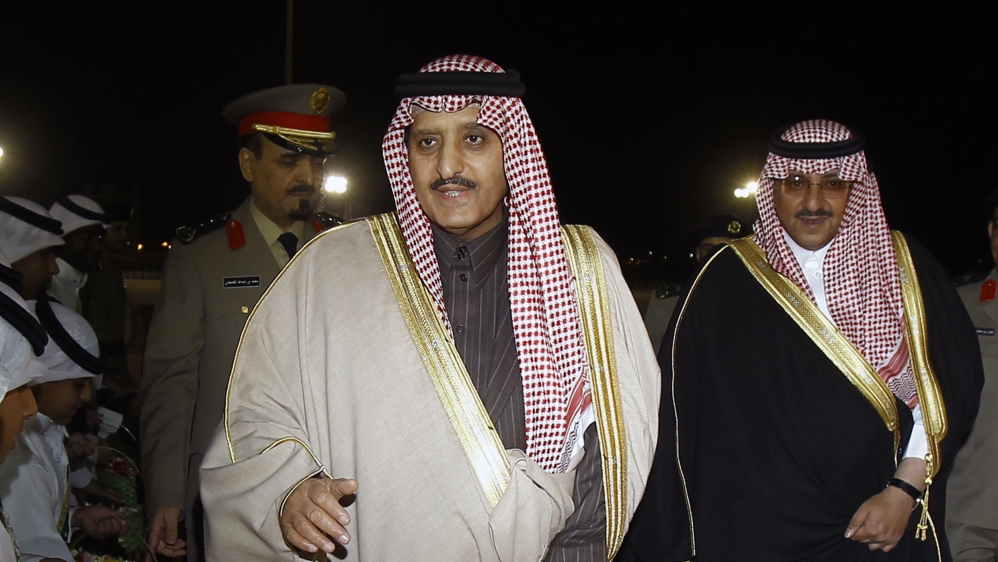 The detentions of the two royals were reported late on Friday [File: Fahad Shadeed/Reuters]

The sources said royals seeking to change the line of succession view Prince Ahmed, King Salman’s only surviving full brother, as a possible choice who would have support of family members, the security apparatus and some Western powers.

In late 2018, a video emerged of Prince Ahmed facing protesters outside his London residence and in which he seemed to criticise King Salman and his crown prince for the war in Yemen.

“Don’t blame the entire family… Those responsible are the king and his crown prince” he said. “In Yemen and elsewhere, our hope is that the war ends today before tomorrow.

Saudi insiders and Western diplomats say the family is unlikely to oppose the crown prince while the 84-year-old king remains alive, recognising that he is unlikely to turn against his favourite son.

The monarch has delegated most responsibilities of rule to his son but still presides over weekly cabinet meetings and receives foreign dignitaries.

“We are talking about two of the most senior members of the Saudi royal family,” he said.

“What’s prompted it is very difficult to ascertain, needless to say because Saudis have a closed culture in terms of transparency and no media freedom.

“But these are two figures who have been under house arrest. They haven’t been able to move freely for a very long time. The idea that they were trying to hatch some sort of coup is very far-fetched and difficult to see when considering the restraints they were under.”

Prince Ahmed has largely kept a low profile since returning to Riyadh in October 2018 after two and a half months abroad. During the trip, he appeared to criticise the Saudi leadership while responding to protesters outside a London residence chanting for the downfall of the Al Saud dynasty.

He was one of only three people on the Allegiance Council, made up of the ruling Al Saud family’s senior members, who opposed Mohammed bin Salman becoming crown prince in June 2017, sources earlier said.

Mohammed bin Nayef‘s movements have reportedly been restricted and monitored since then.

The latest detentions come at a time of heightened tension with regional rival Iran and as Prince Mohammed implements ambitious social and economic reforms, including an initial public offering by oil giant Saudi Aramco on the domestic bourse last December.

Saudi Arabia is also the current chair for the Group of 20 (G20) major economies.

MBS has been lauded at home for easing social restrictions in the kingdom and opening up the economy.

But he has come under international criticism over a devastating war in Yemen, the murder of Khashoggi in the kingdom’s Istanbul consulate and the detention of women’s rights activists seen as part of a crackdown on dissent.

“Prince Mohammed is emboldened – he has already ousted any threats to his rise and jailed or murdered critics of his regime without any repercussion,” Becca Wasser, a policy analyst at the US-based RAND Corporation, said of the latest crackdown.

“This is a further step to shore up his power and a message to anyone – including royals – not to cross him.”