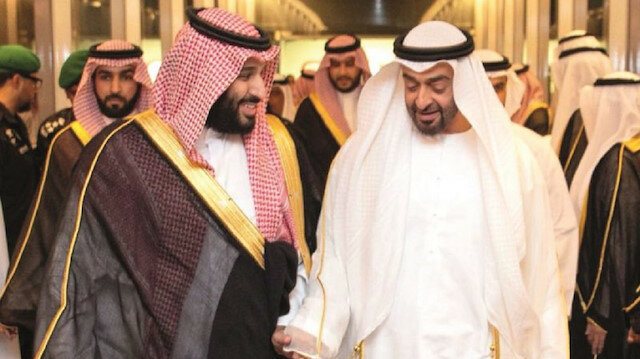 A new telegram published on the WikiLeaks website, an international non-profit website specialising in publishing confidential documents, revealed the concerns of the crown prince of Abu Dhabi, Mohammed Bin Zayed, over the ruling family in Saudi Arabia.

The telegram, also published by The New York Times, announced in a lengthy report that Bin Zayed had informed the US ambassador, James Jeffrey, that he fears Wahhabism in Saudi Arabia and wants to eliminate it.

The New York Times reported that the crown prince of Abu Dhabi: “Considered the Saudi royal family during the reign of King Abdullah Bin Abdulaziz Al Saud as helpless; however, he was afraid that the alternative would be an authoritarian and Wahhabi state similar to ISIS.” He further stated: “Anyone who replaces Al Saud will be a nightmare.”

The telegram disclosed that Bin Zayed soon focused on the current crown prince, Mohammed Bin Salman: “Who was impatient for introducing reforms in order to reduce Saudi Arabia’s attachment to radical Islam, and marketed his vision to the administration of US President Donald Trump.”

The New York Times reported that Bin Zayed: “Put much of his enormous resources into the counter-revolution, and he cracked down on the Muslim Brotherhood and built a hyper-modern security-based state, where everyone is monitored in search of the slightest whiff of Islamic inclinations.”

The newspaper pointed out that the departure of the Egyptian president, Mohamed Morsi, was the first great success of the Bin Zayed campaign, adding: “It appears that he was very confident in what could be done without American restrictions, and soon turned his attention to Libya, where he began providing military support to the former general, Khalifa Haftar, a tyrant who shares Bin Zayed’s feelings towards Islamists.”

The author, quoting a US diplomat, stressed that the blockade imposed on Qatar since June 2017 has become a “personal revenge issue” for Bin Zayed.

It is worth also noting that in 2009 Bin Zayed made a decision that would greatly increase his ability to project power beyond the UAE borders, when he asked Mike Hindmarsh, former commander of Australia’s Special Air Service regiment, for help in reorganising the Emirati army, appointing him eventually to lead the army.

He indicated that it is inconceivable to appoint a non-Arab official in such high military post in any other country in the Middle East.