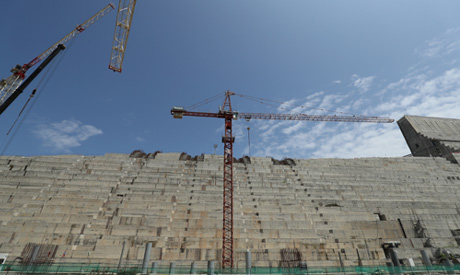 Ethiopia on Friday criticised an Arab League resolution on the Grand Ethiopian Renaissance Dam that supports Egypt’s position, amid tensions over the mega-dam Addis Ababa is building on the Blue Nile.The Ethiopian foreign ministry said it “noted with dismay” the resolution by the Arab League, and rejected it in its entirety.

The Ethiopian statement said the Arab League’s position is contrary to a norm of accurate representation of facts and balancing of all interests involved, and risks its credibility.

“This resolution gives blind support to a member state without taking into consideration key facts at the centre of the Grand Ethiopian Renaissance Dam (GERD) talks,” the statement read.

The resolution was adopted without amendment during a ministerial meeting on Wednesday, with Sudan officially registering its reservations, according to Egypt’s MENA agency.

Sudan has expressed reservations over the resolution, describing it one that does not serve its interests and expressed fears that “an Arab-Ethiopian confrontation might result from it.”

Ethiopia commended the Sudanese stance on the resolution, describing the move as one which demonstrates Khartoum’s “position of being a voice of reason and justice in the latest orchestrated so-called Arab League position on GERD.”

“Ethiopia expresses its profound appreciation to Sudan’s principled position that helps advance win-win solutions for all the parties involved, through a commitment to open dialogue,” it said.

It reiterated its position in holding the “right to use its Nile water resources to meet the needs of the present and future generations”.

Washington, which has been brokering talks since last year, failed to secure signatures from the three countries last week, stressing that the filling of the 6,000-megawatt dam “should not take place without an agreement.”

Only Egypt initialled the agreement during the latest meetings, saying it is “fair and balanced” and “achieves the interest of the three countries.”