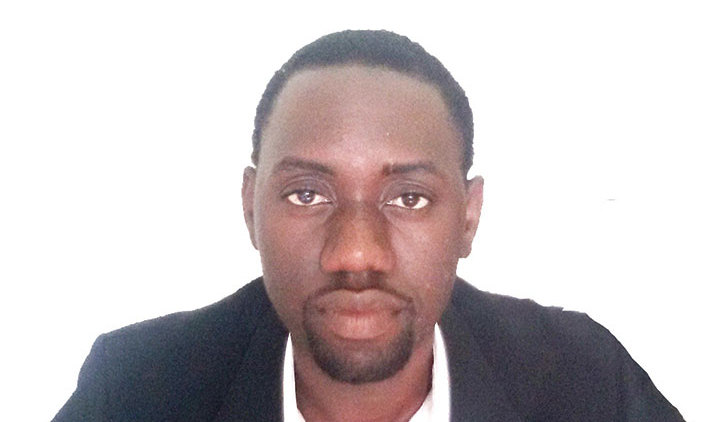 Like the well-oiled cogs of a wheel, each gender needs to understand its strengths and weaknesses and strive to play their complementary roles towards achieving a balanced and progressive society.

For so long, many countries have focused too much energy on the girl child, leaving the boy child in the back burner.

And now that the repercussions are presenting themselves, we are pointing fingers and naming names even before looking at our own individual shortcomings and contributions to the crisis.

Primarily, let us tone down on all this hullabaloo of only empowering the girl child. A society is made up of both men and women.

Like the well-oiled cogs of a wheel, each gender needs to understand its strengths and weaknesses and strive to play their complementary roles towards achieving a balanced and progressive society.

So much research, statistics, writings, oratory, and action has been dedicated to the girl child, but nothing substantive has been done for the embattled boy child which is so bad especially in a century where we have very many mushrooming Human rights organizations, Gender-based NGO’s and in an in a country where everyone talks of equity and equality.

Women empowerment has so far been a great achievement following the vigorous campaigns and guidelines initiated globally, with a solitary endeavor to safeguard, uplift and empower the rights and status of the girl child and this has been done extensively by both government and so many organizations.

The number of organisations that advocate for female rights are overwhelming. Anything tagged to the “girl-child,” is a gold mine for these ever mushrooming organisations and I have observed this for some good time in Uganda.

I believe that by insisting on gender equality, we miss out on the right point. Gender equality is a utopian, which is sometimes thought to be an alien concept. For, how can you compare the incomparable? Boys, by nature of their wiring, are different from girls and will always remain as a unique human species.

Today, the government and other organs say that what a boy can do, a girl can do better. Instead of working on the inherent, God-given strengths in both, the current rhetoric sets them in competition against each other that’s why you see a boy child now being neglected.

The males are left to fight on their own; they hustle and tussle to make it through without equal opportunities, support, guidance, and protection showered and instilled in favor of women.

I have been provoked by several feminists to discuss this issue of gender balance and I feel like I should pour out all my heart to everyone to understand the place of men in the societies where we stay. The place of the boy child and man in the society is changing at a frenetic pace.

It is not only about the traumatic punishments meted out by women but it’s something that has spread over even in the employment society where very many opportunities have been channeled to the girl child and the boy child is neglected and availed with the dirty jobs because everyone’s thinking is that man has to suffer as it was written in the bible.

Yes men can strive to achieve but he shouldn’t be punished and be neglected by society.

All focus and concentration has shifted in uplifting the livelihood and well-being of the female species. It is a sad reality but in terms of considerations, all this is done in the name of gender equity and balance by some of our organisations and ministries.

It looks very ridiculous but in real sense, women in this era are gradually and steadily taking over the capabilities, privileges, roles and responsibilities that have been customarily considered to be male-dominated in areas of leadership politically and back in families, in church, and in several other denominations.

But that was then, things have changed in a flash and right now if you gave birth to a girl child the whole village and family goes into celebrations because they have given birth to sugar (Bazade sukaali) that’s why now days the female species are being preached more for their market potential than anything else, which might explain why the boy child with his low commercial appeal has been sidelined.

Yes, we all believe it’s in this century when the gender barriers are being erased. It is no longer about gender but capabilities.

We are seeing significant changes in the way things happen, for instance, more women are fitting into positions that were traditionally a preserve of the men such as driving trucks and constructing buildings and more men are also settling down to do what has been considered female duties like caring for children and the home.

Some women are aggressive enough to make the first move in relationships, while some men prefer the timid lady who lets the man take the lead which is also ok.

As the issue of women empowerment gains prominence, the girl child is increasingly climbing the corporate ladder and the boy child, on the other hand, is now the known neglected and threatened species.

The trend is worrying and we need to urgently start addressing this issue to set the stone rolling for the benefit of our future generations because a change, in this case, will not happen overnight but at least that day will come.

Therefore more sensitisation needs to be done for everyone to understand that there are very many differences between men and women, but we are all human and meant to complement one another.

All in all, the basics still remain that a man is a man and a woman is a woman, thus each should strive to understand oneself and the other, compromise to achieve harmony, respect and support one another.

The writer is a patriotic Ugandan