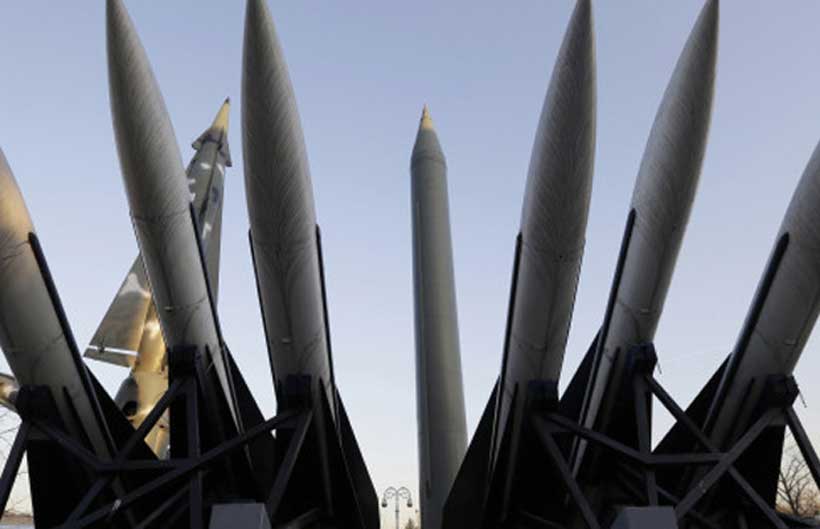 Glancing over the history of the world where the individuals, states, empires and governments seemed to be inspired by such kind of ideological traits and inspirations and became cause of war among them. For instance, Romans considered themselves as the superior people above all other people who were present in the different parts of the world and killed thousands of people by engaging in war with them. Furthermore, Germans dubbed themselves as a “Martial Race” and killed people in a great number during the Second World War. Americans also considered themselves as a superior race that was derived from their ideological teachings that describe the “American exceptionalism”. which defines that Americans are the sophisticated and superior people on earth. Therefore, it is their duty or responsibility to make this world a safe and pure place via educating the other ones.

In this regard, American leaders consider that they can even use the force aims to mold the global structure according to their whims and wishes. There are multiple examples where the U.S. has been practicing the policies and actions based on power such as Afghanistan, Africa, Middle East and other parts of the world where it has shown the use of force to fulfil its interest in the pretext of making these people civilized and good as mentioned by Edward Saeed in his book “Orientalism”.

When it comes to this region, RSS and Modi considered Hindus as a superior race which was mentioned and stated by the Prime Minister of India Modi who is the permanent member of RSS and also the big proponent of the extremist and fascist ideology of RSS in India as well as other parts of the world. Besides, he has started his mission of spreading the RSS ideology throughout the world along with showing the Muslims as terrorist and people of low class.

The recent incidents like revocation of Article 370 in Jammu and Kashmir and the Citizenship Amendment Act (CAA) imposed on the Muslim of India are examples. The first and the foremost thing which one has to realize is, knowing about the real nature of problems where all these are coming from and how these are generated? In this regard, it is believed that the real problems take birth from the thinking or ideology of Modi who wants to forcefully impose Modism in Kashmir as well in India. Moreover, it is believed that the major threat to India is not Pakistan and foreign powers rather it’s the increasing inability to tolerate each other’s differing opinions. The stage, where a person considers himself right and judgmental/decisive, gives birth to the many evils in society.

Besides, it also leads to the stage where one loses his/her temper to listen to the opinions of others and thinks over it with soft mind, patience and calm. In the same manner, PM Modi led RSS policy also suffers from this problem of considering themselves correct and superior to do whatever they want to do in the pretext of RSS ideology. Where people fear to raise any question about their ideology because they connect it with religion (though it is also the exploitation of Hinduism as a religion of peace, love, and unity) and can dub anybody as out of religion and right to be tortured or killed.

The recent examples of the policies and activities to implement the RSS ideology reflects from the words as well as actions of Fascist and Hawkish government headed by Modi that harm the minorities in India. Indian people are deliberately kept ignorant and unaware of their fundamental rights because of this nationalist ideology. The ideology carried by RSS and Modi is not based on rationality and justice rather on killings innocent people of Kashmir, deaths, destruction, humiliation, and other kinds of multiple atrocities. At the time when whole the World is wrapped with pandemic disease named novel Covid-19 and fighting hard against it to eliminate this destructive disease.

In this situation, PM Modi is following his same hawkish policies and actions such as firing at LoC (That causes the increase in tension between two arch rivals India and Pakistan) and atrocities on the people of the Kashmir. Such kind of policies and actions by PM Modi could compel Pakistan to take stark action that resultantly leave severe impacts on India-Pakistan, region and the world ultimately. This craziness and madness at the hands of PM Modi could cause for the escalation of war between both the nuclear power states which ends with the deaths and destruction of both the nations.