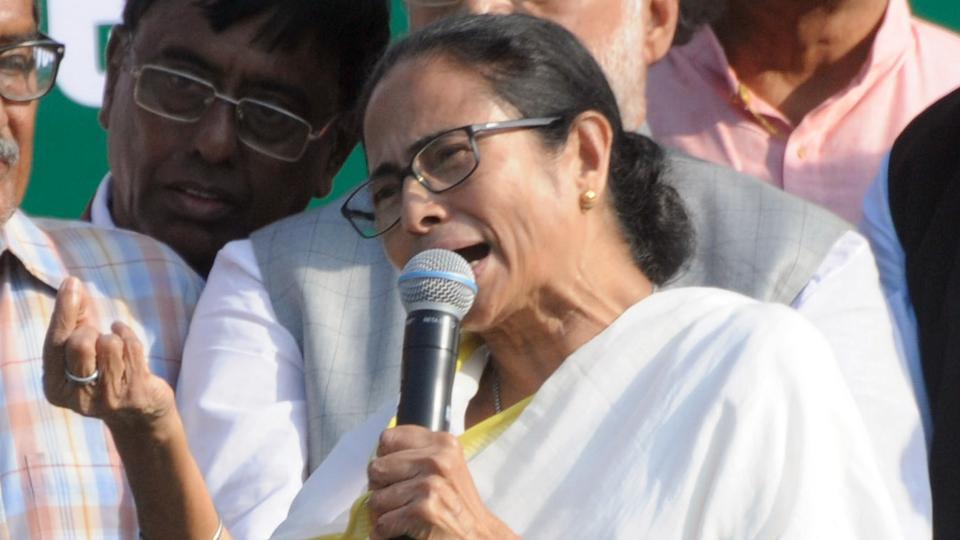 No violence was reported from any part of the state even though several protests against the newly amended citizenship law were held at different places in the state, where it has become a sensitive issue.

West Bengal chief minister Mamata Banerjee said on Thursday that experts from the United Nations and human rights bodies should get to decide whether the new citizenship law is legal.

“Let them form a group to study it. All political parties and religious groups will stay out of it,” Banerjee said at a rally organised in the heart of Kolkata by the Trinamool Congress’s youth and student wings against the Citizenship Amendment Act and the National Register of Citizens.

No violence was reported from any part of the state even though several protests against the newly amended citizenship law were held at different places in the state, where it has become a sensitive issue. In the past week, violence has been reported from some places with protesters burning down a railway station in Murshidabad.

Mocking BJP leaders, Banerjee said, “If you ask for my father’s birth certificate you should produce the same as well. Do all these BJP leaders have birth certificates of their parents? BJP is insulting the dead by asking for credentials of our forefathers. They do not have the intelligence required to do something good for people.”

Traffic was paralysed in large parts of Kolkata with the TMC, Left parties, Congress and a citizens’ group organising separate rallies, almost around the same time, in solidarity with protesters in the rest of the country.

Congress leaders read out the preamble to the Constitution at the end of their rally that started from the Tipu Sultan mosque and ended at the Ram Mandir in central Kolkata. Left leaders said they would soon hold rallies jointly with the Congress.

The BJP took out a procession in south Kolkata in support of the new law.At the TMC rally, Banerjee shouted “united India” slogans and used the logo that she used for the first time before the Lok Sabha elections when she tried to unite regional parties against BJP and its allies.

The protest began with the singing of Tagore’s patriotic songs, playing of traditional brass gongs used during Hindu festivals and tying of rakhis as a symbol of solidarity.

Making it apparent that the TMC and its government would follow the same path to resist the CAA and NRC, state education minister and TMC secretary general Partha Chatterjee asked the student and youth groups present at the rally to organise seminars on every campus in the state and spread awareness.

“Hold meetings and seminars in every college. Let people know what is there in the citizenship bill,” said Chatterjee.

“We don’t live in this country at anybody’s mercy. All sections and all groups will take part in this agitation. Hindus, Muslims, Christians, Jains, Sikhs, et al will hold rallies. The agitation will not end until CAA is scrapped. A party with 38 per cent vote share cannot decide the fate of the remaining 62% people,” said the chief minister.

“All great sons of the nation talked of unity. And today we are being asked to prove our origin. People who came from Bangladesh as refugees entered India with the consent of the government of India. This is a struggle for our existence,” said Banerjee.

“Some days ago they said Aadhaar card is mandatory for having bank accounts, ration cards, passports and phone connections. They stole the money we had in banks. Now they are saying Aadhaar is not valid. PAN card is not valid. What is valid in that case? The talisman of the BJP?” the chief minister said.

“Ram Chandra Guha was insulted today because he spoke against CAB. BJP thinks it is having fun. If people can be identified by their clothes then I will ring the bell. Let them decide whose end or beginning the bell will announce,” said Banerjee.

“They are saying Hindus won’t have to produce documents. It is a big lie. A law applies to all. They told the same lie in Assam and 13 lakh Hindus were left out of NRC,” she said.