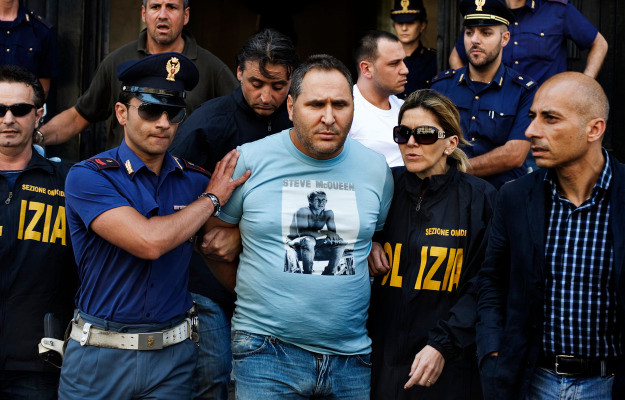 Italian military police have arrested more than 300 people including politicians and officials on suspicion of membership of the ‘Ndrangheta, in what is being described as the second biggest mafia bust in the country’s history.

About 2,500 officers participated in raids centred on the Calabrian city of Vibo Valentia on Thursday. 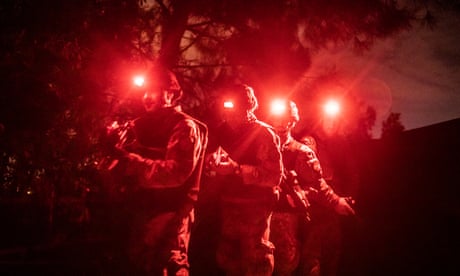 The suspects were variously held on suspicion of extortion, murder, money laundering and belonging to a mafia organisation.

The investigation started in 2016 and covered at least 11 Italian regions including Lombardy, Sicily, Veneto, Tuscany and Campania. Suspects were traced to and arrested in Germany, Switzerland and Bulgaria.

Those arrested included Giancarlo Pittelli, a well-known lawyer from Catanzaro and a former member of Silvio Berlusconi’s Forza Italia party. Pittelli, who was also a member of a justice commission and a regional coordinator of Berlusconi’s party, is accused of mafia association.

A former regional official, a mayor, a political party official and a police commander were also among those arrested.

“I have been working on this investigation since I became chief prosecutor in Catanzaro,” said Nicola Gratteri, an anti-mafia prosecutor who led the investigation. “This is the biggest operation since the maxi-trial of Palermo,” he added, referring to proceedings targeting the Sicilian mafia in Palermo between 1986 and 1992.

In the course of that trial, held in a bunker courthouse built specifically for the purpose, prosecutors indicted 475 alleged mafiosi.

Thursday’s operation revealed some of the ‘Ndrangheta’s secrets. In a pizzino, a small slip of paper used by the mafia for top-level communications, the police learned of the phrase that prospective mobsters must repeat before becoming fully fledged ‘Ndrangheta bosses.

The sentence contains a quote from three 17th-century knights who, according to legend, founded the Cosa Nostra in Sicily, the Camorra in Campania and the ‘Ndrangheta in Calabria.

Nicola Morra, the president of an anti-mafia parliamentary commission, said: “Tonight, the state has once again demonstrated its ability to react by deploying personnel and equipment for a full-frontal attack. From today in Calabria, the air you breathe is better. It is air with the taste of freedom. Today is a beautiful day for legality.”