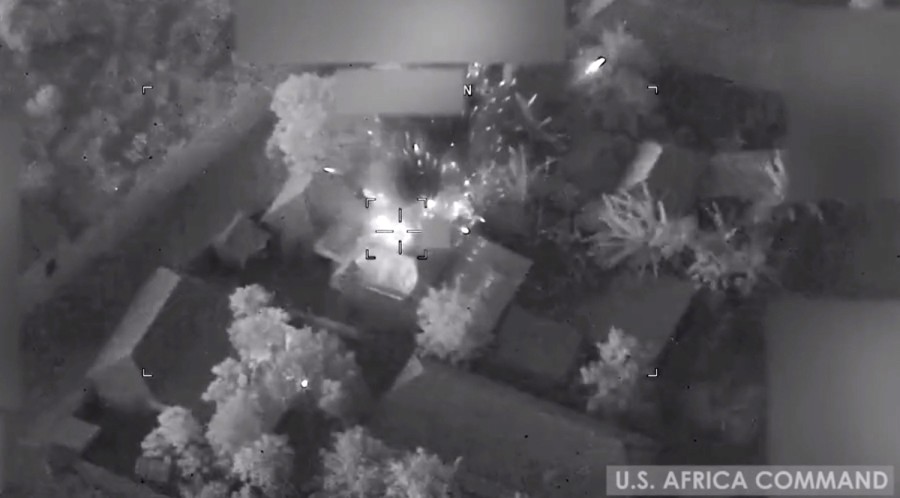 The restrictions were applied while the White House examines former President Donald Trump’s policy, which delegated decision-making on strikes to combatant commanders, unnamed U.S. officials said in the report.

The White House wants to develop its own rules for conducting strikes and commando raids in countries such as Somalia and Yemen, in order to reduce civilian casualties, the newspaper reported. White House approval also is being required for the CIA, the report added.

The order, issued by National Security Adviser Jake Sullivan on Jan. 20, was never announced publicly. AFRICOM did not immediately respond to a Stars and Stripes request for comment Thursday.

Since the Jan. 20 order, there have been no reported airstrikes in Somalia by AFRICOM, which conducted its last strikes there on Jan. 19. Those came days after the U.S. military finished moving about 700 troops from the country, following a Trump administration order to reposition forces.

In recent years, the number of strikes has increased in Somalia, where the al-Qaida-aligned militant group al-Shabab has waged a guerrilla war for more than a decade.

AFRICOM has come under criticism by advocacy groups, which have argued that airstrikes over the years have killed more civilians than publicly acknowledged.

The command has disputed those claims and defended the attacks, which they say have helped blunt al-Shabab’s momentum. AFRICOM has substantiated five civilian deaths in recent years.