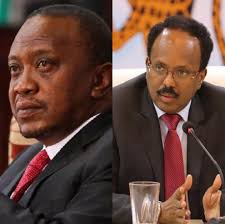 Kenya’s persistent trade tiffs with neighbours may be a result of dynamics beyond the region, which could require political solutions.

Two of Kenya’s neighbours, Somalia and Tanzania, have recently stalled business ventures for Kenyans over alleged bad policy by Nairobi. Tanzania cancelled landing rights for three more airlines — AirKenya, Fly540 and Safarilink Aviation — after Kenya insisted Tanzanians arriving in the country have to be quarantined for 14 days.

For Somalia, the old story of miraa ban returned last week after a delegation of farmers’ representatives returned empty-handed. They had travelled to seek audience with Somalia officials but instead were met with a list of demands. They include a tax charge of $4 per kilo, which the farmers quickly accepted.

However, the demands veered off miraa sales and Somalia officials asked that Kenya treats it as an equal partner, stop violating Somali airspace and that it allows in Somalia goods including fish, rice, sugar, honey, meat and milk.

The farmers were also told to report to the Kenyan authorities that they will only be allowed to sell miraa in Somalia if flights from Mogadishu are not forced to stop in Wajir for security checks.

Those demands were hardly in the representatives’ pay grade and there are doubts about Somalia’s current capacity to produce the goods cited.

But the miraa story has always been political.

In 2016, Agriculture CS Peter Munya, then governor of Meru, ran into a diplomatic storm after he offered ‘recognition’ to Somaliland, the breakaway region of Somalia, if they assured a steady miraa market.

No country in the world has ever recognised Somaliland, even though they have own military, currency and Central Bank.

Mogadishu reacted by accusing Kenya of trying to “break-up” Somalia. The matter quietly fizzled out as diplomats handled it and direct flights resumed.

A number of diplomats in Nairobi have told the Nation that the demands given to the farmers were ridiculous considering that Somalia’s Foreign Minister Ahmed Isse Awad was in Nairobi for a series of bilateral meetings but never raised them.

“There is no communication problem between Somalia and Kenya and to conflate issues of security and trade is not an idea either side wants,” one official told the Nation last week.

“There has never been any problem really because whenever bilateral issues come up, we often sit down to discuss them.”

Nairobi has had a month-long standoff with Tanzania, which has led some analysts to think the region, despite having integration blocs, may be harbouring different ambitions.

“One would expect friendly states to precede border closures with negotiations through existing diplomatic channels or informal conversations between Heads of State,” said Mr Nasong’o Muliro, a lecturer of International Relations at the Technical University of Kenya.

He argues that the response of Somalia signals a country no longer passive to perceived exploitation.

“The current Somalia government feels it does not need Kenya and Africa at this point ostensibly because global powers are looking at Somalia’s rich natural resources.”

Mr Muliro said the East African Community is too focused on trade and security issues, but is poor in disaster management, which may explain the disjointed manner of dealing with Covid-19.

Dr Kigen Morumbasi, a lecturer of International Relations and Security at the Strathmore University, says the tiffs could persist as long as each State pursues its own victories at the expense of mutual existence.

“The best way to overcome these shortfalls is to expand interests beyond domestic and regional ones to view the international system as a whole and, therefore, seek policies that would benefit the region. The strengthening of a common identity is the only way the African dream of integration and prosperity can be achieved.”

Trade expert Peter Mwencha told the Nation changing dynamics in the EAC (where Tanzania and Kenya belong) and the Intergovernmental Authority on Development (where Kenya and Somalia belong) have contributed to the persistent tiffs.

“For Somalia, the interference of foreign actors cannot be ruled out. When it comes to Tanzania, internal political agenda coupled with historical grievances could be the contributing factors,” said Dr Mwencha, who is the secretary-general of the International Relations Society of Kenya.

“The priority for Kenya’s foreign policy decision-makers should be on fostering better relations with its neighbours, however difficult this may seem at the moment.”