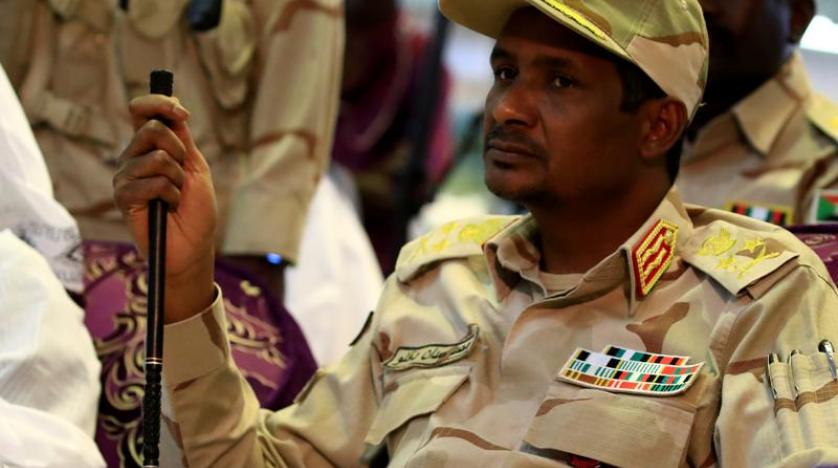 Hemedti was accompanied by Foreign Minister Omer Gamereldin and head of the General Intelligence Service Gamal Abdel-Majid to hold talks with Qatari officials on bilateral relations and Sudan’s position on the border dispute with Ethiopia.
The VP announced his arrival to Doha on his Facebook page, indicating that the visit will address the bilateral ties and promotion of cooperation in a way that serves the interests of both states.

The visit aims to highlight the Sudanese position on the border dispute with Ethiopia and the negotiations concerning the Grand Ethiopian Renaissance Dam (GERD), as part of a government’s diplomatic campaign to explain its stance to brotherly and friendly countries.The Sudanese-Qatari relations were strained after the Transitional Military Council, which took power after Bashir, refused to receive the Qatari Foreign Minister in April 2019The Council did not grant permission to the official’s plane to land after it arrived in Sudanese airspace. The incident took place less than a week after the Sudanese revolution which toppled the Islamist regime.

Earlier, the Sudanese delegation visited Saudi Arabia, Eritrea, Chad, South Africa, and Kenya, and discussed with the participating states in the International Conference on the Great Lakes Region (ICGLR), the dispute with Ethiopia after Sudan retrieved control over al-Fashagah area.
The ICGLR is an inter-governmental organization of African countries in the African Great Lakes Region and was established in 1994 to resolve peace and security issues.

In 2020, ICGLR held its ordinary summit of heads of state and government meeting in Angola via video link.