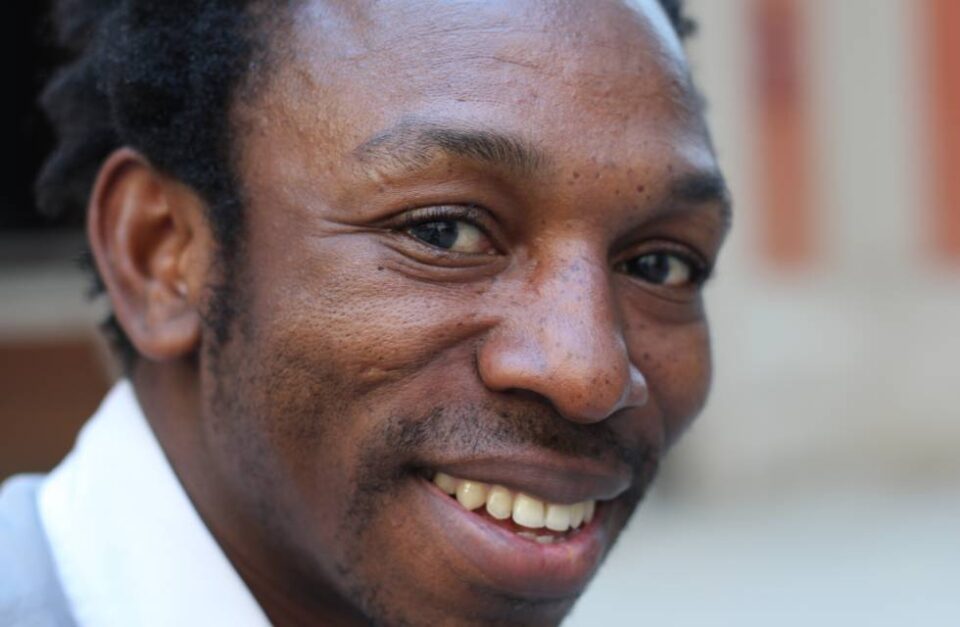 For writer and activist Ousman Umar, the way to lift Africa out of poverty is to empower young people, not to donate tons of rice and food.

He created Nasco Feeding Minds, an NGO that seeks to expand the access of young Ghanaians to the digital world, so that they learn and think about ways to improve Africa. Education is also a way to prevent them from falling into the promises of traffickers who try to convince them to try to go to Europe, for risky journeys that include crossing the desert and the Mediterranean Sea in precarious conditions. .

“I’ve been through five hellish years trying to get to Europe and I don’t want anyone going through this anymore,” Umar says. Arrived in Spain in 2005, he published two books on his life: “Viaje al País de Los Blancos”, in 2019, on his crossing, and “From el País de los Blancos”, in which he tells about the difficulties of adaptation to Europe, released last month.

Umar, 32, participated in the virtual festival Viva Livro, which brought together authors who write about migration and spoke with Folha by phone, from Ghana. Below are the main excerpts from the conversation.

How has the pandemic affected migration from Africa to Europe?

Boats with immigrants keep arriving. More and more people want to leave, especially to flee wars like Syria and Libya. The economic situation worsened around the world, but in Africa it worsened even more, as countries were poorer and already had problems that came from much earlier.

How is the pandemic in Ghana?

In general, there are fewer people infected and died from coronavirus than in the West. I am in Ghana now, and the situation is ten times better than in Barcelona. Africa has seen many other epidemics recently, while Europe has not had one for nearly a hundred years, so it knows how to manage it better. There are cases where there is an intensive care unit for every 1 million people, and since we cannot cure it, we have to prevent the disease from coming. In Africa, the population is much younger and the coronavirus does more damage to people over 50, which is also a factor.

What were the most memorable moments of your trip to Europe?

When I was nine, I left my village and went to work in the city. When I was 13, I started a journey that crossed eight African countries. I crossed part of the Sahara on foot. We started the journey with 46 people, and only six reached the end alive.

In Libya, I arrived without money, without a cell phone and without speaking Arabic. He arrived in a town, worked on something no one wanted to do, to save money and pay for a taxi to the next village. So it took me five years to reach Europe. Five hellish and cruel years. So I decided that no one deserved to go through what I did.

I went to try to cross the Mediterranean in 2005. The traffickers said that in 45 minutes we would reach paradise. In the first attempt, 180 people died. In the second, I spent 48 hours sitting on a boat, without eating or drinking, without knowing how to swim and with the agony of thinking that I could die at any moment.

And what was it like after arriving in Spain?

I got permission to enter, but where do I live? I spent two months sleeping on the streets in Barcelona, ​​without anyone looking me in the face. Even in the desert, I didn’t feel so alone.

I was lucky that a family welcomed me. The first night I slept in a house, I cried like a child. I wondered what I had done wrong to deserve so much torture and cruelty. And then I realized that it had two objectives: to give voice to companions who could not arrive alive [à Europa] and prevent new young people from falling into this hellish trap.

How to do this?

I took my responsibility, as if I were the president of my country. I used the money I earned as a bicycle mechanic, got loans and donations from a few friends, and bought 45 computers in 2012. I hired two teachers in Ghana, who worked in two schools with digital inclusion courses. Today we operate in 30. And without the help of any government, only people listening to our story.

Charity will not change Africa. Sending tons of rice doesn’t and never will. This has been done for 60 years and everything remains the same. You have to change your strategy. Our NGO feeds the spirits. Enough of just thinking about the stomachs. The only way to lift Africa out of poverty is to empower people. We need to nurture the minds of young people, who are ambitious and so eager, so that they can change things from within.

In the last elections in Ghana, we had the youngest candidate to run for parliament. I don’t like politics. It doesn’t matter if you are thinking green, red or yellow. What I like to see is the example for many young people to see that Africa has a lot of potential.

How do you see the effect of black valuation movements, like Black Lives Matter?

We live in a time of change. But, although there are intentions, things are moving very slowly. I arrived in Spain in 2005 illiterate. In less than ten years, he was studying at the University of Barcelona. Chemistry, because I wanted to understand whether black magic was real or not. And I was “the” black from college. The only.

For immigrants arriving in Spain, there is no other way than the worst jobs, like harvesting tomatoes in the fields, without a contract, as immigration law criminalizes immigrants. Without documents, all that remains is to work on things that the Spaniards do not want to do.

Last year 240 people came to Lleida, a town in Catalonia, to pick apples. Since there was the virus problem, no one greeted them and they stayed asleep in a square for two weeks. Until one of them makes a video, telling the story, and posts it on Facebook. A Monegasque football player [Keita Baldé] saw the video and was willing to pay a hotel for people to stop sleeping on the streets like animals. The hotels were empty, but they didn’t want to rent rooms for these people because they were black.

On the other hand, if a black American dies in the United States, everyone puts “black life counts” on their profile. But we still have to act. It really is missing.

Ousman Umar, 33
Born in Ghana, he emigrated to Spain, where he specialized in public relations and marketing at the University of Barcelona. He wrote two books, on his crossing in Europe and on the difficulties of adapting to life on the continent. He is the founder of the NGO Nasco Feeding Minds, which seeks to broaden the access of young Ghanaians to the digital world.