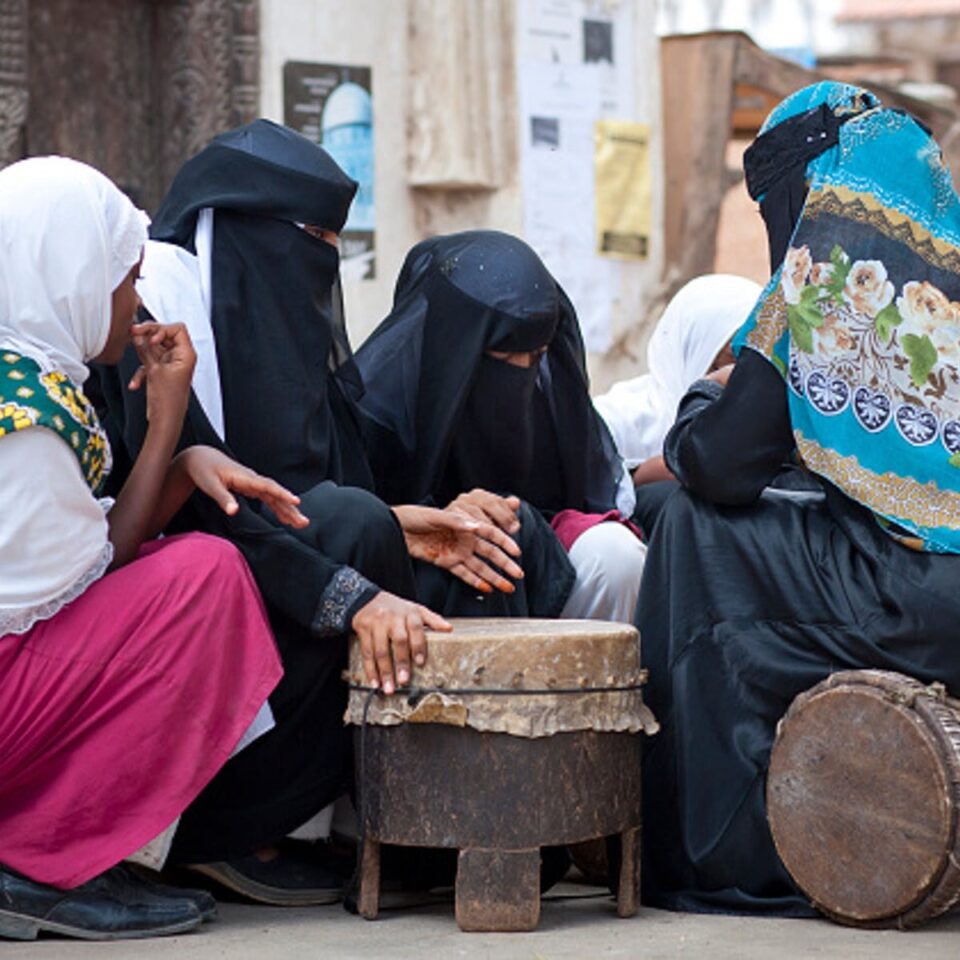 The direct involvement of women and girls in terrorism has attracted increased interest as the nature of recruitment tactics has evolved. In Kenya, their involvement in terrorist networks, such as the Al-Shabaab, is an emerging trend. The recruitment of female members is most evident in Kenya’s coastal and northeastern counties but has also been reported in many other counties.

Women and girls have been identified as recruiters for the terrorist group, logistics planners, financial conduits, spies for terrorist activities and in some cases, masterminds behind terrorist attacks or conveners of terror cells.

The Al-Shabaab, or “the youth”, emerged in the mid-2000s as an offshoot of a Jihadist movement that peaked during Somalia’s civil war in the 1990s. Driven out of Mogadishu in 2006, it continues to pursue its main aim of establishing an Islamic state in Somalia through violent means. It has carried out repeated deadly attacks in Somalia but also in Kenya and Uganda. Both contribute troops to the African Union force in Somalia.

In one of my previous studies, I found that women may participate willingly because the extremist ideology resonates with their religiously inclined cultural values. They may also join due to the financial benefits that come with belonging to or associating with the group. Also, women may be forced or coerced to join through deception or intimidation.

In my most recent study, I looked at different ways in which recruitment occurs to analyse the diverse motivations of women and girls to join Al-Shabaab in the coastal region of Kenya. In particular, I sought to establish the “voluntariness” of their decisions – in other words, did they sign up on their own volition?

I interviewed 36 women or girls who had returned home from terrorist camps or defected from the network. I generated 16 case accounts of women and girls who explained “voluntariness” in Al-Shabaab recruitment.

The study revealed that the gender-dynamics of submission and subordination within families and the community contributes to Al-Shabaab recruitment. However, there were political and ideological motivations too.

But what do we mean by voluntary?

However, I must caution that voluntary and involuntary are not always mutually exclusive. I found that depending on allegiances, social interactions, ideological resonance, and changing circumstances within and beyond the Al-Shabaab network, recruits may reverse their original views.

Furthermore, there is a need to examine different aspects of autonomous decision-making. Some women who join terrorist networks do so to assert themselves within systems of oppression and patriarchy, and to embrace the lure of emancipation within the utopian caliphate.

In my study, four main circumstances emerged as the reasons behind decisions to join Al-Shabaab.

Al-Shabaab thrives on the narrative of Kenya as a Christian state oppressing Muslims in Somalia and Kenya. This resonates with the global marginalisation of Muslims. Political and religious motivations came up during our interviews, as well as the expressed desire to support or defend fellow Muslims.

Two women explained their motivations to be wives of martyrs and to play their role to support the Muslim Ummah, or community. Nine interviewees explained how ideology influenced their decisions to support the Al-Shabaab. These decisions belie Kenyan media accounts of naive girls manipulated through romantic notions of Jihadi brides or wives.

“I read a lot of materials,” Aisha, 25-year-old at the time, an Al-Shabaab returnee who defected after two years said. “I was sad at how Muslims were treated as a second class group. I did not want my people to suffer, I needed to do something. I wanted to assist them in Somalia.”

Al-Shabaab recruitment thrives on revenge among individuals who see the state as the perpetrator of the injustices suffered in their lives. A crisis event in the life of women and girls – such as the police killing a loved one – was found to be an important tipping point. Some women join extremist networks to avenge the death of a husband, fiancé or son at the hands of government security actors.

There is also evidence of recruiters penetrating existing networks of aggrieved women, including relatives of fallen Al-Shabaab members. Peer influence is used to influence or coerce women to follow the relative’s cause.

Daily interactions with family, friends and peers also shaped the decision to join the network in nine out of the 16 case studies. A woman’s autonomy in marital relationships may be constrained in ways that push her to follow her husband or other influential male relatives’ lead.

The decision to join is autonomous if it is her choice. Nevertheless, her choice may be coerced within marital and family relationships. This occurs when a woman exhibits excessive deference to the wishes of her family members.

Mary, a Muslim convert, was recruited by a friend in the guise of a job in Somalia. She was 18-year-old when she was recruited in 2015. In camp, she was subjected to work and religious indoctrination.

“After a few days, I was worn out,” she said. “I was also learning the religion…I kind of started to accept it. I felt it was right to fight for our [Muslim] freedom. It was like a moral obligation. I wanted to be a part of the Al-Shabaab network.”

An examination of the political and ideological motivations behind women joining the Al-Shabaab shows that in some cases, they do make autonomous decisions based on their response to the grievances of the Muslim community.