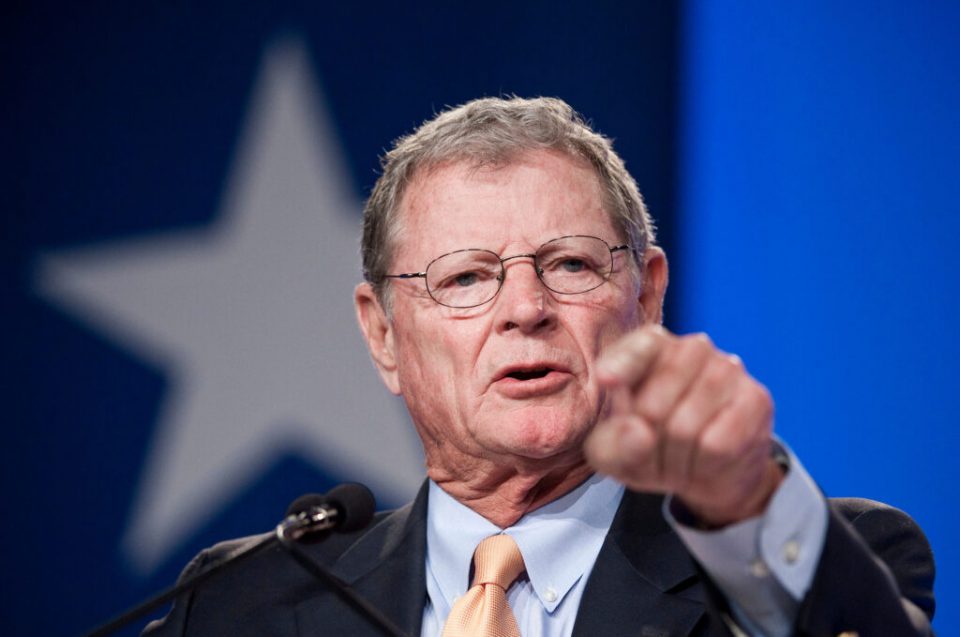 Sen. James Inhofe, R-Okla., has said for years that as long as he can fly a plane upside down, he will continue to run for reelection. [Photo by Bill Clark/Roll Call]

Senator Jim Inhofe (Republican) of Oklahoma said the United States government should not treat the federal government of Ethiopia and the insurgent TPLF group equally because the former is democratically elected while the later initiated the conflict because it was no longer in power.

JUBA – A United States lawmaker is urging the government of President Joe Biden to support the federal government of Ethiopia, calling TPLF a regional terrorist group that is acting with violence because it has lost power.

Senator Jim Inhofe (Republican) of Oklahoma said the United States government should not treat the federal government of Ethiopia and the insurgent TPLF group equally because the former is democratically elected while the later initiated the conflict because it was no longer in power.

“… a regional party- TPLF- attacked a government military base. The government rightfully responded and the regional terrorist group is well equipped and has been fighting back in continuing the conflict for a long period of time now. That’s what’s going on right now, that’s the situation we find ourselves in,” he said on Thursday before the Senate.

“And that is why it is astounding to me that our government continues to treat this situation with both sides being equal when clearly they are not. One side is the democratically elected government and the other side is a disgruntled faction that is reacting with violence because they are no longer in power. It’s a terrorist group!” he stated.

“And again the Ethiopian government has been clear that they do not condone any of the reported atrocities and they will hold anyone who commits atrocities accountable.

“We, the United States need to continue to engage Ethiopia and try to understand [that] what we’re seeing today is a product years in the making. It’s not a simple matter of two aggrieved parties. It is Prime Minister Abiy working to protect a unified, peaceful, stable Ethiopia. We should be talking to him about how we can help him restore peace; not slapping punitive sanctions on his government, an action that does nothing but demonstrate that we can’t or won’t appreciate the history and the regional differences that lead to this situation.

“And I want to close by speaking to Prime Minister Abiy and our friends and Ethiopia directly: brother I am with you those of us who understand the history that what you are facing and you are working to support- we are with you Prime Minister Abiy.”