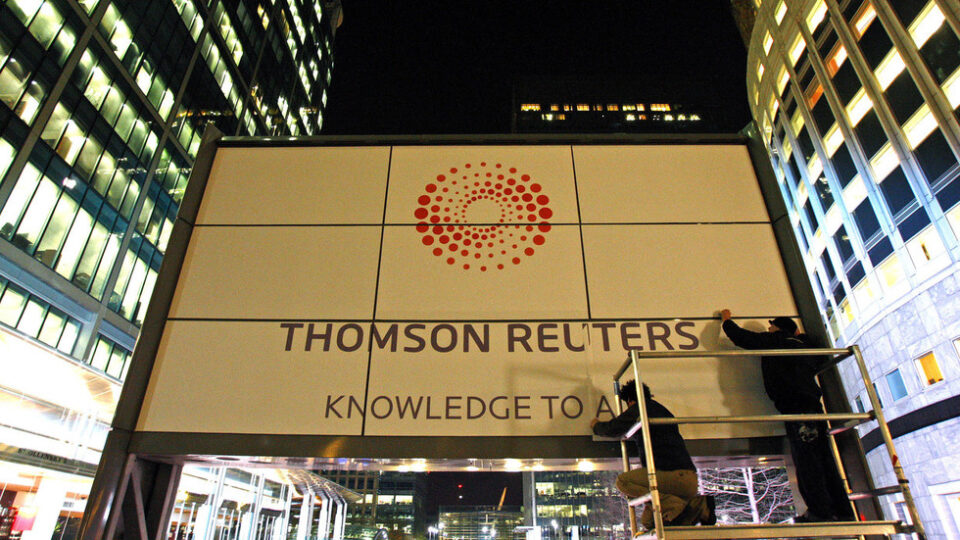 These endeavors form part of a wider effort to demonize, destabilize, and isolate Russia, at home and abroad. At Whitehall’s direction, TRF has covertly cultivated Russian journalists, established influence networks within and outside Russia, and promoted pro-Whitehall, anti-Moscow propaganda in Russian-speaking regions.

These activities have been comprehensively exposed by journalist Max Blumenthal. TRF tenders for the projects submitted to the FCDO were signed by its CEO Monique Villa, former managing director of Reuters Media and now adviser to Thomson Reuters’ CEO,  suggesting the company itself is directly involved in the cloak-and-dagger operations of its ‘non-profit’ offshoot at the highest levels.

Moreover though, the Foundation’s submissions also reveal the insidious role it has played in furthering London’s financial, geopolitical, and ideological objectives elsewhere in the world.

For instance, one file details how TRF has “[established] news services” in “countries of interest” to the FCDO. A cited example of this activity is the creation of Aswat Masriya, an “independent” media outlet, by TRF in the wake of the 2011 Egyptian revolution.

The operation was secretly funded by the FCDO to the tune of £2 million, and run out of the newswire’s Cairo offices, which“provided payroll, human resources, and security support.”

“[Aswat Masriya] became Egypt’s leading independent local media organisation until its closure… Its content was offered for free syndication across the region,” the document boasts. “In 2016, [it] became one of the top 500 most visited websites in Egypt”.

Strikingly, the individual responsible for setting up the platform was Will Church, TRF’s ‘Head of Journalism Projects’. A leaked resume reveals he played a prominent role in the organization’s various FCDO-funded covert operations in Russia.

A still-extant TRF profile of the Aswat Masriya endeavor claims 300 Egyptians were trained via the project, with this army of journalists generating in excess of 300 stories every week, which were duly picked up by over 50 media outlets worldwide weekly.

The UK’s rationale for kickstarting the venture at a time of such upheaval couldn’t be clearer. The ousting of long-time Egyptian leader Hosni Mubarak in 2011, and the country’s difficult transition to democracy, represented both significant opportunities and challenges for Whitehall.

The revolution, and subsequent election of Muslim Brotherhood candidate Mohamed Morsi, had the potential to threaten London’s significant economic interests in Cairo and the region more widely. Establishing a “neutral” news platform issuing content for both domestic and international consumption would therefore allow the FCDO to maintain a degree of narrative control as events unfolded in the country.

In that vote, the former army chief, who led the coup which ousted Morsi a year prior, received an unbelievable 96.91 percent – a staggering total, at least partially explicable by him running virtually unchallenged after most other candidates were arrested or dropped out of the race. Unsurprisingly, foreign observers alleged the process fell far short of democratic standards.

A year prior, Egyptian security forces under Sisi’s command had brutally crushed a protest in Rabaa al-Adawiya Square in Cairo, slaughtering at least 817 people – Human Rights Watch dubbed it “perhaps the largest mass killing of protesters on a single day in modern history.”

“Using armoured personnel carriers, bulldozers, ground forces and snipers, police and army personnel attacked the makeshift protest camp and gunned down protesters,” the organization recorded. Yet, little reference to the bloodshed was made by Aswat Masriya.

Conversely, the outlet repeatedly shared an article reporting on the results of an official investigation into the massacre, which blamed the death toll on protesters themselves, claiming they “initiated” attacks on security forces. Amnesty International’s allegation that the probe was a whitewash specifically set up to shield security forces from any criticism was unmentioned.

Similarly, President Sisi telling US Congress in November 2016 that freedoms and human rights in Egypt shouldn’t be perceived from “a Western perspective,” due to “differences in challenges and local and regional circumstances,” was promoted without accompanying comment or analysis.

By Whitehall’s own reckoning, Sisi’s rule has been typified by ever-escalating torture, police brutality, rape of prisoners, forced disappearances, deaths in detention, and other horrors. Of the country’s approximate 100,000-strong prison population, 60,000 are political prisoners.

Despite awareness of this dire state of affairs – and the FCDO categorizing Cairo as a “human rights priority country” – official condemnations from London are non-existent. In fact, UK Ambassador to Cairo John Casson has hailed Sisi for “building a more stable, prosperous and democratic country”, even praising his government’s “tough security measures.” The seeming reason for such apparent willful ignorance was provided by the diplomat himself in 2016.

“We are proud to be Egypt’s biggest investor and of our trade worth over £1.5 billion per year. But we are hungry for more,” he said.

Likewise, not a trace of this worsening human rights environment could be detected from Aswat Masriya’s output. The platform finally closed in March 2017; an accompanying press release noted that TRF was unable to “find a sustainable source of financing for the platform.”

It is unknown why the FCDO decided to stop supporting the outlet, especially given that its influence inside and outside Egypt was likely significant – the same PR states it produced “over 80,000 text and multimedia stories” which were “free for republication” in English and Arabic. Perhaps it had fulfilled its founding purpose, of helping ensure a suitably congenial government was safely installed in Cairo.

If so, it wouldn’t be the first time Reuters journalists have been weaponized by Whitehall for malign purposes. In 1948, the FCDO created the Information Research Department (IRD), a clandestine anti-Soviet intelligence organization that had a seismic impact on media reporting over the course of its existence.

“[IRD] spread ceaseless propaganda output (i.e. a mixture of outright lies and distorted facts) among top-ranking journalists who worked for major agencies, papers and magazines… as well as every other available channel,” journalists Paul Lashmar and James Oliver have noted. “It worked abroad to discredit Communist parties in Western Europe which might gain a share of power by entirely democratic means, and at home to discredit the British Left”.

During its lifespan, IRD played a pivotal role in removing Indonesian leader Sukarno from power, leading to the deaths of at least half a million people; supported UK entry into the European Economic Community, the forerunner of the EU; and provided fundamental support to the British Army’s activities in Northern Ireland during the initial phases of ‘The Troubles’.

Furthermore, in January 2020 it was revealed that in the late 1960s, the FCDO via IRD funded the creation of Reuters’ Middle East service, to provide text in English and Arabic about local and world events, for reuse by journalists internationally – in the precise manner of Aswat Masriya. This bankrolling complemented existing secret subsidies to Reuters’ Latin American newsdesks by the FCDO via a front company.

“There is reason to believe Reuters are receptive to the idea they would have to give something in return…What [the UK government] might secure, in effect, is the chance to influence in some measure the whole Reuters output,” a declassified FCDO file stated. “There is an opportunity here to evolve a relationship [with] Reuters…[UK] interests should be well served by the new arrangement.”

It was a disclosure which sparked outcry – a spokesperson for Reuters told the BBC “the arrangement” was “not in keeping with our Trust Principles and we would not do this today”.

“Reuters receives no government funding, supplying independent, unbiased news in every part of the world,” it added.

Such reassurances ring rather hollow following the leak of these sensitive FCDO files – and Egypt is likely to be just one country in which Reuters has run a political influence and/or regime change operation at Whitehall’s clandestine behest.

The same document which sets out the Aswat Masriya connivance refers to “similar platforms” created by Reuters – The Source, in Zimbabwe, and Myanmar Now in Burma – being launched to provide “free” news to the respective countries’ citizens and English-speakers alike. It’s surely significant that the two countries – like Egypt – once counted among London’s imperial holdings.

Unsurprisingly, coverage of the recent military coup in Naypyitaw currently features prominently on the latter’s website, although oddly no mention to TRF can be found anywhere.

Mali breaks off from defense accords with France