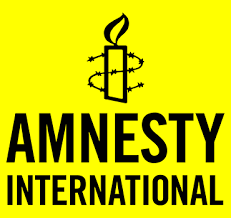 Ethiopia’s government criticized a report by Amnesty International that alleged war crimes in the northern town of Axum last year.

Amnesty said on Friday that Eritrean troops massacred hundreds of unarmed civilians in November. It based its conclusions on interviews with 41 survivors and witnesses.

The methodology used to produce the report had “limitations” as it relied on information gathered from refugees in eastern Sudan and phone interviews with individuals in Axum, the Foreign Ministry said in a statement posted on Twitter.

“It would have been appropriate for Amnesty International to undertake the necessary fieldwork by visiting the region and talking to the competent Ethiopian authorities to uncover the truth,” the ministry said.

The government announced separately on Friday that it will now allow humanitarian agencies “unfettered access” to the Tigray region. Aid groups have been trying to provide relief to the area since conflict erupted there in November, displacing hundreds of thousands of people.

Eritrea’s government described the Amnesty report as “transparently unprofessional,” according to a statement posted by Information Minister Yemane Meskel.

Amnesty International “makes no effort to get the facts right and cross-check the veracity of the allegations,” he said.