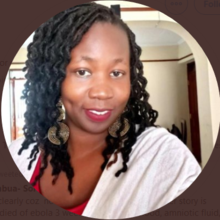 NAIROBI – In the past week, one Kenyan died and 12 others were wounded in when two rival military factions from Somalia fought in Kenyan territory. Locals say the Jubbaland militia had crossed into Kenya a month earlier, pursued by the Somali military. Analysts warn that continued tensions between the two countries are threatening broader security in the region.

About two months ago, 47-year-old Noor Ahmed found a stray camel in Mandera, a town in northeastern Kenya. He assumed it came from a nearby Somali village, but he dared not return it.

Noor Ahmed says Kenyan security forces closely monitor the border, making it difficult for villagers on both sides to cross.

It is for that reason that Ahmed wonders how Jubbaland forces, a militia allied to a fugitive regional Somali security minister, were able to cross into Kenya, leading to a gun battle between them and the Somali army on Kenyan soil.

“This is a risk exposed to us by our government. We are supposed to have been protected, our lives and property by the republic of Kenya,” Ahmed said. “What is happening is that there is no protection on the border line. I am living 500 meters from the border to Somalia, there is no school, there is no commercial activity, there is not even communication.”

In the aftermath of the clash, Kenya’s president accused Somalia of a “flagrant breach” of Kenya’s territorial integrity. Kenya sent a delegation to Mogadishu to meet with the Somali president Sunday.

The two countries have also been feuding over a piece of the Indian Ocean covering 100,000 square kilometers.  In addition, Somali militant group al-Shabab carries out frequent attacks on both sides of the border.

Security analyst George Musamali says these disputes have revealed a fraught relationship that may have a negative impact on security in Somalia, the region and beyond.

“Of recent, ever since we had Mohammed Farmajo becoming the president of Somalia, we have seen strained relationship between Kenya and Somalia especially the Mogadishu government and Nairobi,” Musamali said. “The suspicion by Mogadishu has been, Kenya in supporting Juba land was somehow sabotaging security and peace in Somalia. This has been the bone of contention and then the maritime issue came up.”

The clash between Somali forces in Kenya signals a fluid security situation that terror groups can take advantage of, according to analyst Abdiwahab Sheikh Abdisamad.

Kenya has for decades been an ally of Somalia, hosting thousands of Somali refugees during and after the Somali civil war.

In 2011, Kenya sent troops into Somalia to fight al-Shabab.