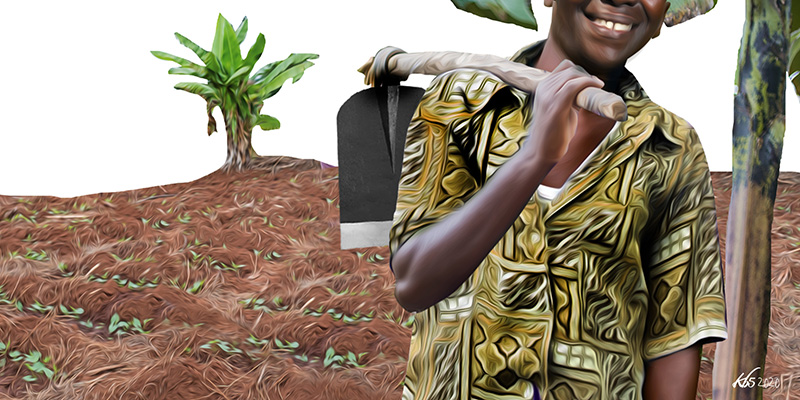 The flaws and dire consequences of India’s Green Revolution should have warned policymakers of the likely disappointing results of GR in Africa.
May 1, 2021
Since the Alliance for a Green Revolution in Africa (AGRA) was launched in 2006, crop yields have barely risen, while rural poverty remains endemic, and would have increased more if not for out-migration. With funding from the Bill and Melinda Gates Foundation and the Rockefeller Foundation, AGRA was started with the objective of raising yields and incomes for 30 million smallholder farm households while halving food insecurity by 2020. There are no signs of significant productivity and income boosts from promoted commercial seeds and agrochemicals in AGRA’s 13 focus countries. Meanwhile, the number of undernourished in these nations increased by 30 per cent.

When will we ever learn?

What went wrong? The continuing protests by Indian farmers — despite the COVID-19 resurgence — highlight the problematic legacy of its Green Revolution (GR) in frustrating progress to sustainable food security. Many studies have already punctured some myths of India’s GR. Looking back, its flaws and their dire consequences should have warned policymakers of the likely disappointing results of the GR in Africa. Hagiographic accounts of the GR cite “high‐yielding” and “fast-growing” dwarf wheat and rice spreading through Asia, particularly India, saving lives, modernising agriculture, and “freeing” labour for better off-farm employment.
Many recent historical studies challenge key claims of this supposed success, including allegedly widespread yield improvements and even the number of lives actually saved by increased food production. Environmental degradation and other public health threats due to the toxic chemicals used are now widely recognised. Meanwhile, water management has become increasingly challenging and unreliable due to global warming and other factors.

Half a century later, the technology-fetishizing, even deifying AGRA initiative seemed oblivious of Asian lessons as if there is nothing to learn from actual experiences, research and analyses. Worse, AGRA has ignored many crucial features of India’s GR. Importantly, the post-colonial Indian government had quickly developed capacities to promote economic development. Few African countries have such “developmental” capacities, let alone comparable capabilities. Their already modest government capacities were decimated from the 1980s by structural adjustment programmes demanded by international financial institutions and bilateral “donors”.

India’s ten-point Intensive Agricultural Development Programme was more than just about seed, fertiliser and pesticide inputs. Its GR also provided credit, assured prices, improved marketing, extension services, village-level planning, analysis and evaluation. These and other crucial elements are missing or not developed appropriately in recent AGRA initiatives. Sponsors of the ersatz GR in Africa have largely ignored such requirements. Instead, the technophile AGRA initiative has been enamoured with novel technical innovations while not sufficiently appreciating indigenous and other “old” knowledge, science and technology, or even basic infrastructure. The Asian GR relied crucially on improving cultivation conditions, including better water management. There has been little such investment by AGRA or others, even when the crop promoted requires such improvements.

From tragedy to farce

Unsurprisingly, Africa’s GR has reproduced many of India’s problems. As in India, overall staple crop productivity has not grown significantly faster despite costly investments in GR technologies. These poor productivity growth rates have remained well below population growth rates. Moderate success in one priority crop (e.g., wheat in Punjab, India, or maize in Africa) has typically been at the expense of sustained productivity growth for other crops. Crop and dietary diversity has been reduced, adversely affecting cultivation sustainability, nutrition, health and wellbeing. Subsidies and other incentives have meant more land devoted to priority crops, not just intensification, with adverse land use and nutrition impacts. Soil health and fertility have suffered from “nutrient-mining” due to priority crop monocropping, requiring more inorganic fertilizer purchases. Higher input costs often exceed additional earnings from modest yield increases using new seeds and agrochemicals, increasing farmer debt.

AGRA and other African GR proponents have had 14 years, and billions of dollars, to show that input-intensive agriculture can raise productivity, net incomes and food security. They have clearly failed. Africans — farmers, consumers and governments — have many good reasons to be wary, especially considering AGRA’s track record after a decade and a half. India’s experience and the ongoing farmer protests there should make them more so. Selling Africa’s GR as innovation requiring unavoidable “creative destruction” is grossly misleading. On the other hand, many agro-ecology initiatives, which technophiles decry as backward, are bringing cutting-edge science and technology to farmers, with impressive results. A 2006 University of Essex survey, of nearly 300 large ecological agriculture projects in more than fifty poor countries, documented an average 79 per cent productivity increase, with declining costs and rising incomes. Published when AGRA was launched, these results far surpass those of GRs thus far. Sadly, they remind us of the high opportunity costs of paths not taken due to well-financed technophile dogma.
This article has been adapted from its original source