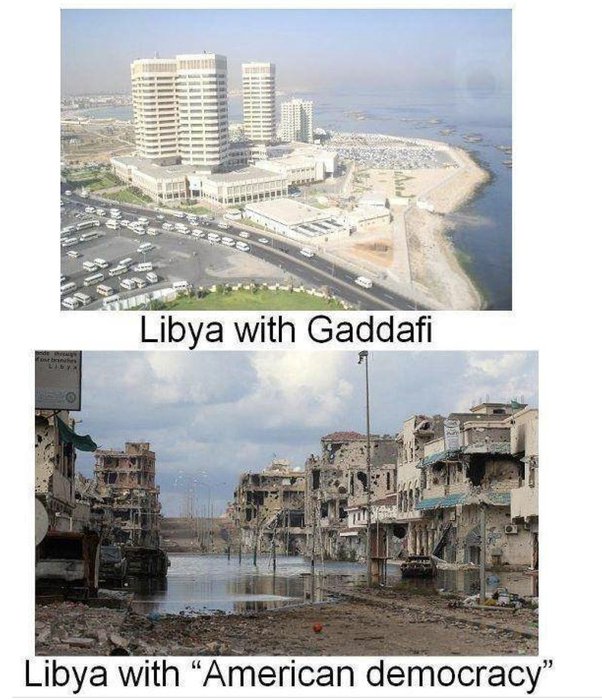 Trending in Africa is the deadly subject of Libya which doesn’t seem to be going anywhere soon.

The bombing of the country by NATO jets in 2011 continues to make headways, serving a bloody and grim reminder of what happened during the Arab Spring heartache.

NATO launched more than 10,000 air raids on Libya in 2011 with over 500,000 Civilian Casualities. When they were questioned about civilian Casualities they insisted that it was collateral damages and that it happens in wars. pic.twitter.com/DK0nrAVHtl

Its from one “Africa Archives” account that is actually quite beguiling despite the years of bygone history:

The country that had one of the highest standard of living in the world at the time. They bombed the country back to stone age. Libya’s 42 years of progress, stability and development was destroyed. pic.twitter.com/fL0f5M1tPl

Its like we are visiting a horrendous past we are forced to remember, the fall of a regime by external forces:

The Mainstream Media will never tell you this. pic.twitter.com/zvozhSoaXC

And then there is this jab by a very interesting fellow:

And then there is the resources of Libya:

And this take that is quite revealing:

Don’t forget the 132/137 tonnes in gold and similar value/weight in silver.

And this one about the casualties. The war on Libya was an oddity in many ways:

I mean highlighting Gaddafi as a reason that their strikes were bad is not a good look. The civilian casualties should be the focus. Not someone who was trying to suppress genuine popular uprisings.

The uprise was funded and set up by nato

And then Gaddafi come unto the scene:

I truly and heartily believe in Africa and pan Africanism.

But on the other hand I feel Gaddaffi would have surrendered or resigned or agreed to step down, 40+ years were enough, after all he surely knew they wanted his head.

And then there is the divergence into Africa:

And there’s this angle:

So the jest of the exercise is to starts on Libya, focuses on NATO bombing, diverts into Africa and then go into American actions on different parts of the world. Deadly mayhem!