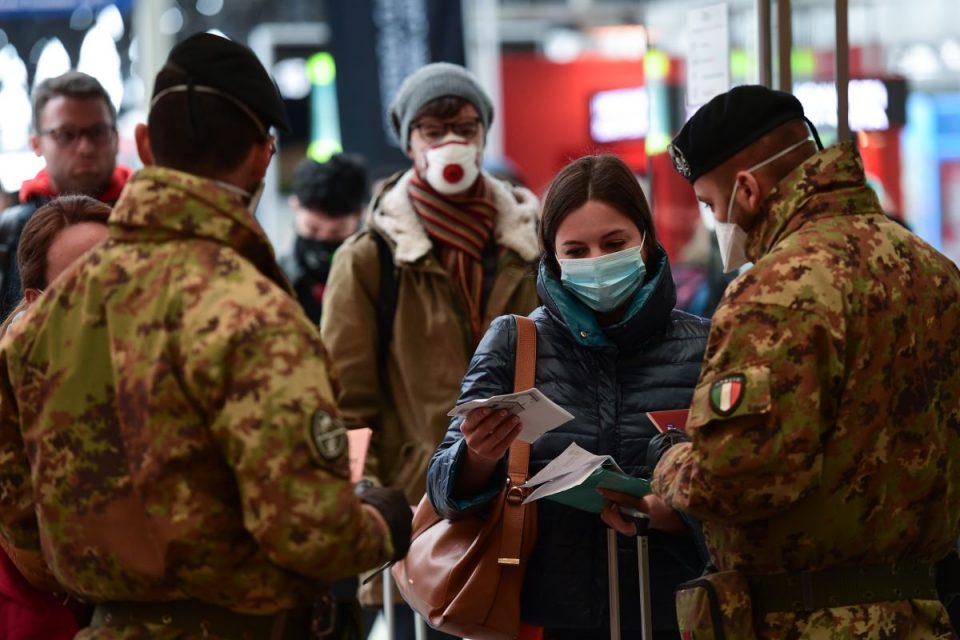 Soldier (L and R) wearing a respiratory mask control passengers arriving at the Milan Centrale railway station on March 9, 2020 as Italy is battling the world’s second-most deadly virus outbreak after China and has imposed a virtual lockdown on the north of the country. (Photo by Miguel MEDINA / AFP)

According to new order, people who wish to go to another part of the country will be required to fill out a standardised form justifying their reasons for travel.

Is the death toll due to deadly coronavirus crosses 4,000 on Tuesday, travel was restricted across Italy from Tuesday and public gatherings were forbidden throughout the country, as the government placed the whole peninsula on lockdown to fight the spread of the new coronavirus. Marriages and funerals were banned for more than three weeks under the quarantine and bars and restaurants were told to close at 6pm, with the prime minister urging people to “stay at home”.

The unprecedented measures, in place until April 3, were extended from several large areas of the north to Italy’s entire population of more than 60 million in a decree signed Monday night.

Since the COVID-19 disease first emerged in China late last year, Italy has become Europe’s hardest-hit country and has seen a rapid rise in cases to more than 9,000, with more than 400 deaths so far.