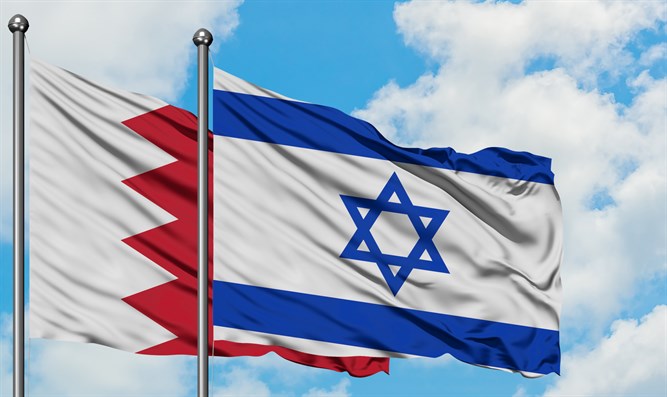 This secret diplomatic office’s existence was classified and has only recently come to light.

While the signing of the Abraham Accords signifies the first official diplomatic ties between Israel and Bahrain, the Jewish state has, in fact, been operating a secret embassy in the Bahraini capital of Manama for over a decade, according to a report by Axios.

For 11 years, Israel has worked to conduct diplomacy with Bahrain in secret, through the use of a front company. However, this secret diplomatic office’s existence was classified and has only recently come to light following a short report by KAN last week.

According to this investigative look at over a decade’s worth of clandestine diplomatic ties between Israel and Bahrain, the idea of a secret diplomatic mission was brought up in 2007-2008 during a series of meetings with Bahraini Foreign Minister Khaled bin Ahmad Al Khalifa and his then-Israeli counterpart, Tzipi Livni. The decision to open the mission in Manama was preceded by the closing of an Israeli mission in Qatar, according to Israeli security officials.

According to the report, the mission was registered on July 13, 2009, under the name of the front company known as The Center for International Development, though it has since changed its name and its current name remains classified. Bahraini records registered the firm as a company providing marketing, promotion and investment services, and its website explained it was a consultant to Western companies interested in non-oil investments in the region. Furthermore, the website boasted a strong network of Bahraini and regional contacts to help.

Like all companies, The Center for International Development had employees. However, the employment criteria was extremely narrow: Israeli diplomats possessing dual nationality. This can be seen in some of its shareholders and board-members. One of its shareholders detailed in public records, Brett Jonathan Miller, is South African, but he would later be appointed Israeli consul general to Mumbai. Another shareholder was Belgian citizen Ido Moed, who currently serves as cyber coordinator in the Foreign Ministry. Even its CEO was a diplomatic officer, though his identity remains classified save for the fact that he was an American national. He was only appointed in 2018, and has recently been replaced.

To keep up the charade, all diplomats involved possessed cover stories backed by profiles on the popular business and networking social media platform LinkedIn.

And though this mission was small and clandestine, officials told Axios that it was incredibly profitable, with hundreds of business deals struck by Israeli companies in Bahrain due to the mission’s activities. Most importantly, however, is what the existence of this mission means for Israeli-Bahraini relations going forward. Immediately after relations were officially established on Sunday, Israel sent a formal request to open an embassy in Manama. However, this undertaking has been made incredibly simple by the existence of the mission, as all the groundwork and infrastructure is quite literally already in place.

Cyril Ramaphosa slammed for his silence regarding Nigeria unrest